Exclusive chats with some of the biggest names in entertainment. 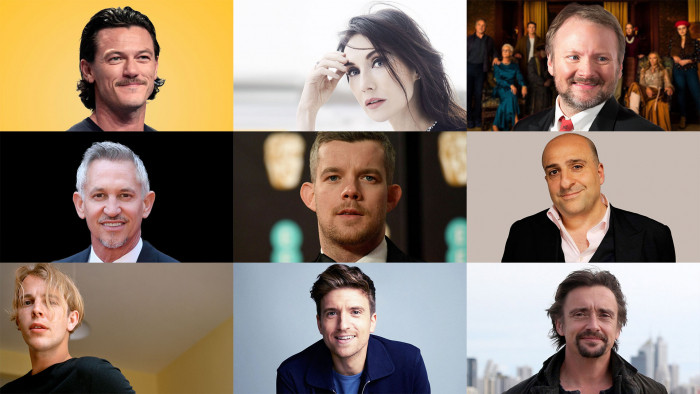 We like to approach celebrity interviews a little differently at Shortlist. You can read up on why Tom Cruise thinks you should see his latest film anywhere. But where can you find out his favourite childhood movies or chocolate bars?

At Shortlist, that's where.

We are lucky enough to talk to a host of the biggest names in entertainment. Below you'll find 25 of our favourite fireside chats with the stars of film, music, comedy, literature and more.

And in each interview, we like to think you'll discover something about them you might not elsewhere.

Some of our favourites include Star Wars and Knives Out director Rian Johnson's top murder mystery stories and 10 unmissable moments in Marvel comics history, picked by Marvel writers and directors.

At the tail-end of 2019, we managed to have a quick chat with both Hugh Grant and Matthew McConaughey. They revealed their favourite differences between the UK and US and a little bit about their latest movie, Guy Ritchie's The Gentlemen.

Top Gear and Grand Tour presenter James May isn't just a car nut. He is also a curious creator of things, from a steam engine to a harpsichord. We sat down with him to find out which he remembers most fondly, and to get the low-down on what we wants to make next. If this interview doesn't make you want to get creating, nothing will.

Omid Djalili is an unforgettable character actor, top stand-up and all-round British national treasure. We spoke to him in November, as he undertook the fantastic Movember challenge, which supports men's health charities.

He shortlists his five top moments in stand-up comedy, which includes an story of a unforgettable night of Johnny Vegas performing in a comedy club in Cork.

You may know Carice Van Houten as a star of Game of Thrones, or from her acting work in TV series Temple. But she is also an amazing singer. You can check out her pipes on YouTube.

We're all about letting people talk about their passions at Shortlist, so we had a chat with Carice about her favourite vocalists of all time. This one is likely to send you down a satisfying Spotify rabbit hole.

The eternally youthful Radio 1 DJ Greg James talked to us about a particularly useful subject: songs that deserve to be on your playlists as you drive (or bike, or walk) around town.

Don't worry if you stopped listening to Radio 1 decades ago either, as his picks are tasteful and should appeal to those who might stick their nose up at a "youth" radio station.

Watch out, there are some swears in this one, as fans might guess.

You probably know Rian Johnson as director of Star Wars's The Last Jedi. But we are huge fans of his latest movie, Knives Out. It's a star-studded whodunnit with a series of inventive twists to the format.

To stay on topic, we asked this silver screen hero about his favourite murder mystery stories. It's a great read if you're looking for book recommendations, but with picks from TV and film too, you don't need to be a bookworm to enjoy it.

We all know Russell Tovey as one of the great British actors working today. But you might now know about his podcast yet. It's called Talk Art.

Tovey co-hosts with gallerist Robert Diament, and the pair interview curators and artists from across the world. But we wanted to know which celebs Tovey would like to talk art with.

But what actually scares someone who makes horror films for a living? We asked Aja what creeps him out at the tail end of 2019.

Hundreds of millions of streams under his belt, Tom Odell is a singer-songwriter sensation. But he is also a literature fan, and is involved with promoting poetry when not crooning away on stage.

We asked him for his six must-read novels. Make sure to give it a read if you're looking for a novel to devour.

2019 was a momentous year for Marvel. The Avengers saga concluded in spectacular fashion with Endgame, and we thought it was time for a look back.

We asked a bunch of the MCU's writers and directors for their top iconic moments in the movies' source material, the comics themselves. This one is something special.

These days Gary Lineker is known to some for his political convictions as much as his football history, but his love of the game has not dimmed.

We dug back into the past with him, to find out the best memories he has from a spectcular career as one of the biggest names in football.

Harry Potter star has been in some excellent films since he waved goodbye to the series that made him a child star. But his latest project couldn't be further removed from kid-friendly fantasy.

It's Apple TV Plus's Servant, a captivating thriller. So we asked Grint which thrillers really get his heart rate racing.

Readers of a certain age will hardly be able to resist singing Craig David's hit 7 Days on hearing his name. But he has also worked with some huge names in music over the years.

We caught up with him to look back over his favourite collaborative experiences in the biz. Be prepared to end up with a few earworms after reading.

Hot name in stand-up and host of The Lateish Show, Mo Gilligan is a name you need to school up on if you have not seen him in action yet. He's hilarious.

We changed the subject for our interview with him, though. It's a chat about his favourite cartoons.

When you talk to a master of their craft, you want to know how they do what they do. We talked with James Mangold about some tips for all kinds of film-maker.

Mangold is the director of Le Mans 66 (known as Ford vs Ferrari in the US), which we highly recommend watching when it comes to streaming services or Blu-ray.

Endgame was the most popular film of 2019, which should come as no surprise given it's an Avengers movie and the final chapter in the saga.

We caught up with some of the film's writers to hear about home of their all-time favourite movie endings.

The fourth series of Amazon Prime Video's The Grand Tour will be released in 2020. To tide you over we sat down with presenter Richard Hammond to look back over some of his most memorable moments from the show to date.

Warning: this may make you want to spend hours digging into the old episodes all over again.

Horror fan? We recommend checking out Paul Tremblay's books. He has been endorsed by no less than Stephen King, the king of the genre.

But if you want something quicker, don't miss out chat with this author. He pointed us towards some short-form horror fiction that'll have you seeing all sorts of nasties in those shadows on your bedroom wall.

Don't miss our discussion with Fast & Furious: Hobbs & Shaw director David Leitch if you've ever daydreamed about making your own action film. He talks us through the recipe for a perfect action scene.

Few know the genre better than him too. He spent years as a stuntman and stunt co-ordinator before finding incredible success as a director, with films including John Wick, Atomic Blonde and Deadpool 2.

Top crooner and all-round heart-throb Jack Savoretti already has seven albums under his belt. But we didn't feel like asking him his favourite piano keys when we met up, so we asked about plot twists instead.

Spoiler alert: you may want to watch the films (and TV) before reading this one properly, so have a quick scan of the picks before digging into the text properly.

Hunky actor Luke Evans has been at the front of several notable blockbusters, including several of the Fast & Furious films. But he is also a terrific voice actor, and is one of the stars of StarDog and TurboCat.

We asked him about this personal fave animated movies. This interview includes some heart-tweaking childhood memories too, so prepare for a little misty-eyed nostalgia.

Mike Flanagan directed 2019's Dr. Sleep, the follow-up to The Shining. We were fans, even if not every critic was.

With a horror maestro at the other side of the table, we couldn't resist asking about some of Mike's favourite truly scary films. Because there's a bit difference between films that want to be scary, and those that really give you the chills.

Ben Barnes is one of the stars of The Punisher and WestWorld. But what does a star of one of the most binge-ready shows of the last decade like to watch himself?

We asked him, and he has some top suggestions if you have a few hours (or days) to kill.

When we talk to celebrities we aren't just out to learn about the obvious. So when we sat down with Rudimental's Ahir Ahor, we were more than happy to chat about more than music.

Ahir is a bit of an expert in Iranian food. He told us about his favourite dishes from the country. This one made us hungry. Very hungry.