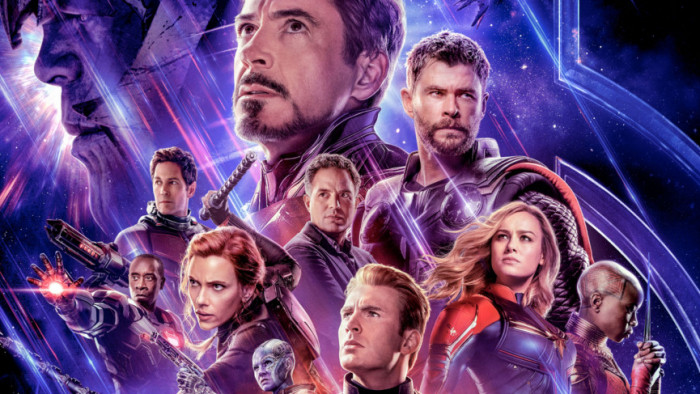 If anyone knows how to do endings properly, it's Christopher Markus and Stephen McFeely. They have been the architect of five MCU movies - the Captain America arc, as well as Thor: Dark World - and were given the chance to tie up the Marvel Cinematic Universe as we know it, with Avengers: Endgame.

Endgame is the culmination of 21 Marvel movies and brings together as many superheroes - it's a fantastic achievement that's been given almost unanimous rave reviews and is the biggest movie at the box office ever (sorry, Avatar).

"The watch word for us, was to never take our eye off the people in the story. Even in a movie that’s this large, this expensive, with this many things flying around, it is about the characters," says Markus, when we caught up with both him and McFeely during their BAFTA screenings of Avengers: Endgame.

You can read our in-depth interview with them to learn more, but we also asked them to list their favourite-ever movie endings - the list is below and it begins with perhaps one of the best studies of broken characters of all time...

Christopher Markus: “What I love about Chinatown is the inexorable doom of the movie, the thing his lieutenant told him back when he was on the force - that you can’t always understand what is going on there so don’t get involved - but he still got involved. And it doesn’t work out well.”

2. Butch Cassidy And The Sundance Kid

Stephen McFeely: “Ending on a freeze frame is pretty amazing. It allows Butch and Sundance to live forever, even though their time has come. I love that scene - when we were writing the first few drafts of the Volimer scene [in Avengers: Endgame], where Natasha and Clint try to figure out what they are going to do now everything is screwed, I watched the end of Butch Cassidy. They’re talking about going to Australia, because they speak English there, that’s their big idea and I just love it.”

3. The Taking Of Pelham One Two Three

Christopher Markus: “Another movie with an amazing freeze frame is Pelham One Two Three. Walter Matthau is interviewing a guy who is responsible for everything and the guy makes a slip-up and Walter Matthau only realises it at the very last moment. He starts to turn and it freezes. You know he’s going to solve the crime - it’s all over.”

Stephen McFeely: “It doesn’t get much better than having Peter Sellers say “Mein Fuhrer, I can walk” and then a hard cut to a series of Atomic explosions in Doctor Strangelove - that’s got to be up there, right?”

5. Raiders Of The Lost Ark

Christopher Markus: “It’s one of the best because they take that box with the Arc in and move it into the massive warehouse with all the other boxes - how good is that ending?”