Exclusive: The Radio 1 DJ tells Shortlist his favourite songs to drive to 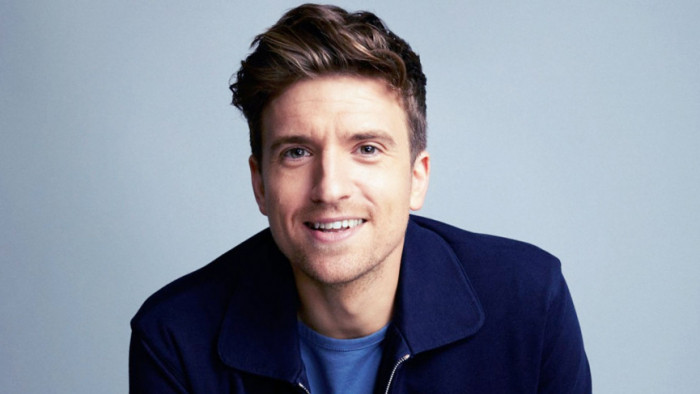 DJ Greg James is probably best known for being at the helm of BBC Radio 1’s Breakfast show, waking up the nation with pop anthems and ridiculous challenges for listeners to complete. After all, he once got the public to transport a Cornish Pasty from the South West of England to Aberdeenshire - all because a listener in Scotland had never eaten one.

“I’ve always really liked stupid things, and I think the BBC is a really fun place to do silly things because it’s a very austere institution,” James laughs. “It feels like we’ve broken into the engine room and we’re taking the ship somewhere else, which is really nice.”
So, it’s clear that James loves a challenge - and having a lot of fun while he's at it. And his latest show, The Great Travel Hack, is no different.
In this new YouTube series, he dishes out one of his biggest tasks yet as 4 celebrities attempt to get from London to Istanbul. The catch? The winner is the celebrity who is able to keep their CO2 emissions the lowest.
Why? Well, the series - which is available now - is all part of Shell’s #MakeTheFuture campaign to use cleaner energy - and perhaps to get us thinking about how we travel, too (we’d like first dibs on the hovercraft, please).
Though, James admits he was a little uncertain about the show at first, despite his love of cars and all things travel-related.
“I did think ‘do I want to do a thing with Shell? I don’t know’,” James admits. “My immediate reaction was ‘probably not’."
So, what changed his mind? “You don’t ever get anywhere by shutting people out” he says - which is probably true - plus, he’s adamant that the show isn’t “preachy”.
“It's enjoyable watching - it's an entertainment show - which is why I was drawn to it because I get to show off and present. And, along the way you get to see some different parts of the world.”
It’s not only The Great Travel Hack that has James travelling all over the world, his children's book Kid Normal (which he wrote with newsreader Chris Smith) sent him all over the US this summer as he celebrated the launch of the American edition.
There’s likely to be more travelling in the future, too (though a bit closer to home this time), as he’s considering taking his cricket podcast Tailenders on the road. The podcast, which he co-hosts with Maccabees guitarist Felix White and cricketing legend Jimmy Anderson, sold out the Hackney Empire last month - and James says they’re keen to do more.
“It’s really great to get to do all these jobs that I love doing and it’s very hard to say no to any of these opportunities because they’re all just so exciting,” James tells us.
“We would quite like to tour Tailenders around the country. It would be for everyone who’s like ‘Why are you doing it in London all the time? Come to Manchester!’ So, maybe we should do that.”
Now - to the juicy stuff. Of course, we couldn’t leave without getting a little bit of music advice. So, we thought what better to do than combine James’ love of travel with our need for music. Here are the five songs that should be in everyone’s road trip playlist.

"They’re an Aussie band who have just made really great driving music. It’s guitars, but it is very ‘road-trippy’. They are the sort of lyrics that are quite funny. I have seen them live a few times and they just seem cool - you just want to be their mate. They just obviously love playing together.

"The music feels quite ‘summery’ and quite reflective. For a long drive, as you’re looking out at the scenery and the sun is setting - it's a really good track for that."

"It is by far her best song. This is the one where it is like you’re in a movie starring yourself and you’re pretending that you are going through a break-up - even if you’re not."

"She is really talented, Georgia and I like her very much. She just comes up with these big synth-pop songs and she is also great live. She’s the real deal."

"He already sounds like a classic singer because it feels like he has been around for 50 years. It is not a surprise that lots of TV shows use his music to set the scene because it is very evocative and insular - like you’re thinking about things. He’s quite political and right on about stuff."

5. Marks To Prove It - The Maccabees

"In honour of Felix (of Tailenders fame), I’ll go for Marks To Prove It. It is angry, it has a great driving beat to it and it’s frantic. It is a good one if the roof is down and you can shout the lyrics."