He’s on a mission to make us more cultured. 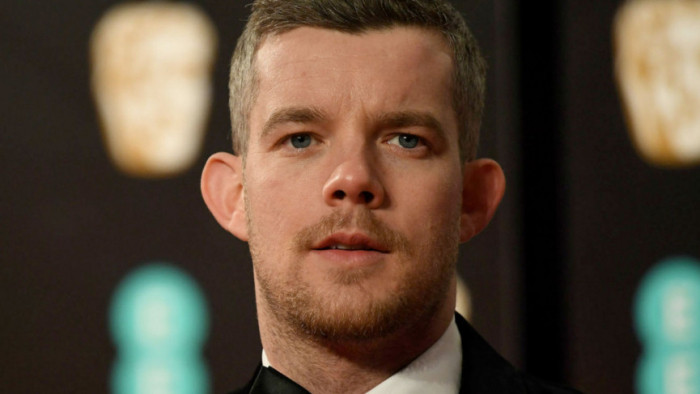 Russell Tovey, The ‘Being Human’ actor who's currently in cinemas now in crime drama ‘The Good Liar’, alongside Dame Helen Mirren and Sir Ian Mckellen, has a passion aside from lighting up the screen: art collecting.

So much so, that he hosts an entire podcast dedicated to it, ‘Talk Art’, where he and co-host Robert Diament open up the elusive art world to make it more accessible than ever – which is great news for those of us who don’t know our Monet from our Matisse.

Each episode of Talk Art features an interview with a different big name - from emerging artists, to established legends, to celebs with a hobby – where our hosts chat with them about art in a way that’s totally easy to get into, whether you’re a MoMA regular or not.

Tovey’s been Talking Art with his The Good Liar co-stars, too.

“We recorded an episode with Ian,” reveals Tovey, who bonded with Ian McKellen over art, “It was excellent. We went to his house and we walked around and talked about his artworks. He has an absolute passion for L.S. Lowery.”

Handily for an art fan, The Good Liar was partly shot in the cultural epicentre of Berlin. “I love Berlin, for the art scene there is phenomenal,” Tovey tells us. And his gallery tip for a long weekend visit? “You should definitely check out The Frick Collection. That's amazing.”

Tovey’s favourite question to Talk Art with anyone is actually as simple as they come. But also as revealing.

“We ask the same question to every guest that comes on: What's your favourite colour? It seems a really simple question, but the responses from people are so unique, and so telling of personality,” says Tovey, “Some people get really upset that they have to choose a colour, or their favourite colour changes all the time, or some people just refuse to choose. It's really fascinating.”

His own favourite colour, then?

If you don’t have Sir Ian McKellen or Dame Helen Mirren close by for a natter about art – here’s the next best thing. Here, Russell Tovey reveals his five favourite showbiz pals he’s spoken art with on the podcast. Download them now for instant culture cred…

The Good Liar is in cinemas now.

Talk Art is available to download on Apple Podcasts and Acast.

“Lena Dunham’s parents are both artists - Carroll Dunham and Laurie Simmons - and she grew up completely in the New York art scene, surrounded by artists. She's an artist herself - she’s a writer and now a water colourist - and to have her on, telling these candid stories about her experiences of the art scene was phenomenal. That was a gift, to have someone who's so exciting and important, and a cult figure. She was an exciting voice to have on, and she doesn't shy away from talking about the stuff that people want to know.”

“Sadie Coles is one of the most important gallerists in the world. She was incredibly candid with us. I think the mystery of being a gallerist is that people want to know all the answers to questions like, how do you price an artist’s work? What do you do when an artist suddenly becomes super hot and everybody wants their work? What do you do when an artist isn't flavour of the month and no one's really interested, but you believe in their work? It was a really interesting chat because she's a trailblazer, and also very inclusive and supportive when it comes to other galleries. I felt very proud of that one.”

“Michael Stipe, formerly the vocalist of R.E.M., is a photographer too, and he's so artistically minded when it comes to his own medium, with everything to do with R.E.M.: to do with the merchandising, the videos, everything - he was on top of it. But also as an actual visual artist himself, too. And his stories - he had Andy Warhol try to pick him up one night at an award show! His stories like that are just historical moments; he's a handshake away from Andy Warhol. It’s phenomenal.”

“We did a live walk around with the artist Tracey Emin at her show, ‘A Fortnight of Tears’, at the White Cube gallery in London, and she talked through the artwork. It was an absolute privilege to have her do that for us. We were just starting out and it really was an amazing gift for her to do that. That was a benchmark moment.”