Fast & Furious director on how to make the perfect action movie 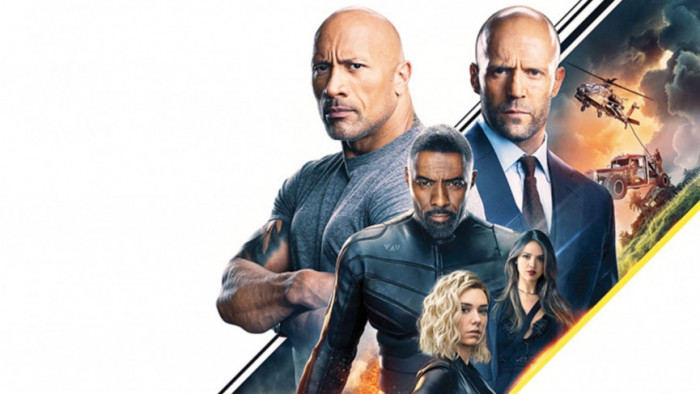 Good news, everyone - a new Fast & Furious movie is on the way, with the movie teased recently at a huge event. Fast & Furious 9 will follow the exploits of Dominic Toretto and his 'family' once more and brings back a character everyone thought was gone... Han, who famously died at the end of Tokyo Drift, the third movie in the sprawling franchise.

Even though this will be the ninth movie, there are in fact 10 - that is if you count Fast & Furious: Hobbs & Shaw, the spin-off directed by David Leitch and starring Dwayne Johnson and Jason Statham as the titular characters.

We recently caught up with director David Leitch and asked him his tips on how to direct the perfect action movie.

Director David Leitch is on an incredible run. He spent decades working in the movie stunt department, and performed the actual Agent Smith stunts in The Matrix: Reloaded. But now he directs some of the biggest and best action movies around.

John Wick, Deadpool 2 and Atomic Blonde were all directed by Leitch. And now he’s back with his biggest-budget movie yet, Fast & Furious Presents: Hobbs & Shaw.

We could have talked to David Leitch about his favourite Carly Rae Jepsen songs or the Pokemon he’d like to have as a real-life pet. But what better subject is there to discuss with an auteur of action than action movies themselves?

Ever fancied yourself a frustrated genius whose ideas belong on the big screen? You could do a lot worse than soak up these film director’s action tips from David Leitch himself.

Fast & Furious Presents: Hobbs & Shaw is out on Blu-ray now.

1. Story matters, even in a fight scene

“When designing an action scene a lot of people miss the boat in that they design action for spectacle only. Or they get caught up in the moves or the gags. And none of that means anything if you don't learn something about the character, or if you don't move the story forward. I always try to do that in a fight scene.
“I know where my character is at the beginning, and find out where I want them at the end. And then the middle, you know, will give you all the bells and whistles for fun. But you need to tell a story”

"I have a great visual effects supervisor, Dan Glass, and I've known him since The Matrix movies. He's been around for a long time, and is one of my good friends. And we've always said [shooting] as much as you can get in camera is important because it challenges the artists to match that realism.

“When you do something that's completely CG, it gets hard. You can create an aesthetic, but I'll always feel like its own thing. When half the elements are real, the artists have to live up to the reality of it. And so it gets actually better effects at the end of the day.”

“When we put together the first editor's cut of this movie, we were running at three hours. To condense it took a lot of discipline, but everything benefits from compression.
“In comedies and even in action movies, there can be action fatigue. You’ve got to give people the chance to relax, or they become numb. And you got to make sure that the action keeps being interesting. It can't just be this same repetitive punch ‘um up.

“Hobbs and Shaw was a tonal puzzle, and a pace puzzle. You know what it was on the page and you have an instinct of what you think the movie is going to be. And then you get into post, then the movie becomes very clear. And so, tonally, I knew we had to ride the wave of the humour. That's very specific to this. And the pace — because we had so much action, you needed to take breaks.”

4. The clarity of Hong Kong cinema

“I'm a fan of Hong Kong movies. And there you can see the actors do the stunts, and you really see what's going on, and you understand the move from A to B. You really see the ballet of whatever the action is, and that's important to me. A lot of times you cut to the wide shot and you really feel the gag.
“It’s not just a handheld visceral camera, impressionistic, “something happened” moment. That can become a crutch, and I used it for years as a second unit director. You use that when you don't have people that can do [the stunts], basically, and you're hiding something.”

5. Every fight has its own rhythm

“Every fight scene has a different rhythm and you need to think about that in respect to the story. Like “where am I in [the film]?”, “how much pace do I need to give this fight scene?”

“You can look at the difference between the fight scene in Atomic Blonde, in the stairwell, where we took the time. That was seven minutes of action scene that was uncut, or more that felt uncut. We wanted to build suspense and wanted to build emotion. You're playing the drama.

“And then there’s the fight scene in Hobbs and Shaw in the apartment with Jason and the mercs. That is just like: keep the pace going. Visceral, visceral, visceral. I knew it was going to be cut to the music. I knew it was going to be intercut with Hattie and Hobbes. And so there was a whole different rhythm to that, and they're actually slowing down [the fight] for dialogue.

“But every time we cut back to the shot fight, it's just brutal, brutal, brutal. And so you’re playing the juxtaposition of those two. So it's very conscious when we're thinking of the rhythm of a fight.”

6. Telling a story with colour

“Colour has always been a big thing for me as a director. In Atomic Blonde and John Wick, there are sort of the splashes of colour and that help create a world. But here it’s there to tell a story. You see this warm California sun and warm tones on Hobbs’s side, and you're seeing the cold, kind of desaturated feel of London [in Shaw’s scenes].
“And so Hobbs is sort of always shot in that aesthetic, and Shaw's sort of shot in the other. And it was just to help define their characters. If you look at Shaw he's a little bit more icy, a little bit more standoffish. And Hobbs is a little bit more engaging and warm, and it worked. It was sort of like letting colour help tell the story."