The A-list actor reveals his love of animation and all about his latest movie StarDog and TurboCat. 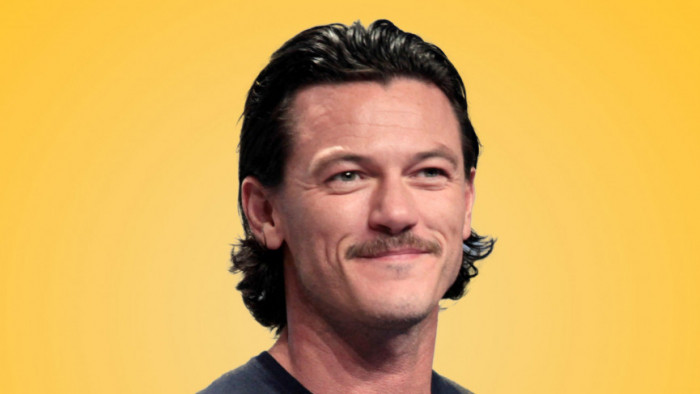 Luke Evans dons a cape and a catmobile in his next movie, or more accurately his animated character does. The British actor appears in the new British animated movie StarDog and TurboCat (in cinemas now), for which he has lent his voice to the titular super-kitty Felix.

The film, co-starring Nick Frost, Gemma Arterton, Ben Bailey Smith and Bill Nighy, follows loyal test dog Buddy who is sent into space by his scientist owner only to return 50 years later to a town where animals are considered Enemy No. 1. Buddy must team up with Felix and a secret group of pets to find his spaceship and owner.

To celebrate the release of the new animation, Evans has shared with Shortlist several of his favourite animated movies that have stood out over his life...

"The first animation that I ever saw, when I was a very small kid with my mum in the local cinema in Bargoed in South Wales, was Bambi. We're talking 35 years ago, which is a long time, and I remember it being very traumatic for me because he loses his mother. I also remember there being a rabbit called Thumper who has this amazing, happy sounding voice and I loved the way he would thump his leg on the floor. I got a rabbit very soon after that."

"It doesn't get much more lighthearted because the next one I remember was Watership Down, which is even bloody darker. Rabbits with red eyes! When the film came out, there was a song for it called “Bright Eyes” and it was number one on Easter Sunday the year I was born in 1979. My dad said it was playing on the radio at 6pm, when I was born, and he ran out to the local HMV and bought the single for my mum. So I’ve always known that song and when I was old enough they let me watch it and it scarred me for life."

3. Lady and the Tramp

"I loved, loved, loved Lady and the Tramp, which is about the two dogs falling in love and it has that very famous spaghetti scene and all these fantastic supporting characters that helped to colour the whole story. I remember seeing the Siamese cats and crying because I felt they had been given such a bad wrap in the animation. My mum said I liked the cats so much but I got upset because they had been given such a bad reputation!"

"Another wonderful film is An American Tail. It’s all about these refugee mice leaving a place and finding hope in a new land but then getting lost. My god, the messages delivered in these animations are so powerful. As a child, you really don't realise the impression it leaves on you, but it's so clever and this is why I love animation. It’s the most magical thing to be a part of a live adaptation of animation (Editor’s Note: Luke played Gaston in the live-action remake of Beauty and the Beast) because you realise the poignancy of the message. It might be one powerful message and several sub messages but the child absorbs all of that and it's an interesting way to allow a child to understand grief, loss, ambition, darkness and happiness."

"The Lion King had the most incredible vocal cast and songs written by Elton John and Tim Rice. I actually sang Circle of Life at my godson’s Christening and held him up like baby Simba at the local rugby club. Animation used to be only two-dimensional but it’s the music that turns it into a three-dimensional story. Music in a film is obviously very important but in animation, it's almost like the main character of the story because of the emotion of the music. I would love to do a big original Disney animation. I love musical animations because I love to sing and I think it would be wonderful to sing some incredible original tracks written by somebody brand new too."

"I absolutely love Howl’s Moving Castle and I have it on DVD. It was my introduction to anime and I’ve watched several more [anime movies] because of it. The depth of storytelling and the imagination that goes into these animations - they are not of this world. These creatures that don't even look human and obviously the Japanese influence as well. Anime is really powerful."

"The last animation I saw which is sort of for all the family is Isle of Dogs. I think it is mind blowing and everyone should watch it. It’s a piece of art and that stop-motion animation, the old school animation, is a lot of commitment and a lot of hard work. Absolutely brilliant stuff."