Exclusive: The Doctor Sleep director reveals all about his horror faves. 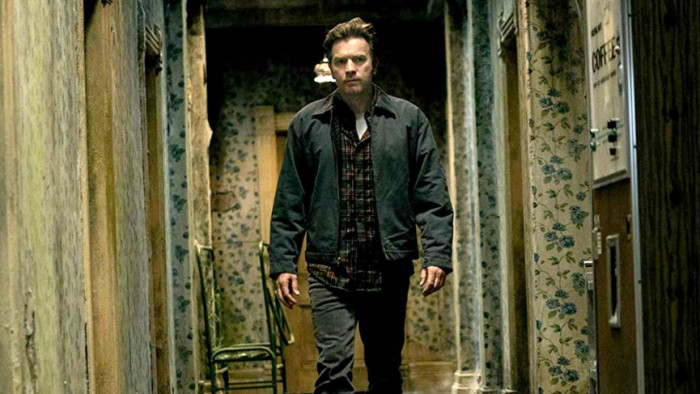 Pack your bags and don’t worry about the Tripadvisor reviews: the Overlook Hotel is beckoning you to check back in this week, with the release of The Shining sequel, ‘Doctor Sleep’.

The follow up movie to one of the most influential horror films of all time, based on the sequel novel written by Stephen King, is an amalgamation of its 1980 silver screen predecessor, ‘The Shining’ and King’s novel. That’s a particularly complex task, given that Stanley Kubrick famously changed King’s initial The Shining source material for the silver screen, including, crucially, the ending.

The people taking on the seemingly impossible challenge are director Mike Flanagan, and producer Trevor Macy, who both also wrote and directed, and the latter produced, the recent horror films ‘Ouija: Origin Of Evil’, ‘Hush’, and Netflix series ‘The Haunting Of Hill House’, of which Flanagan is currently developing the second season of.

Starring Ewan McGregor as a now-adult Danny Torrance, ‘Doctor Sleep’ takes place years after the events of ‘The Shining’, with Dan returning to face the ghosts of his past. Literally. Taking a young girl with the Shining ability under his wing, he must protect her from a horrific cult who prey on children with powers, led by the creepy Rose the Hat, played by ‘Mission: Impossible’s Rebecca Ferguson.

Naturally, the movie is filled with homages to Kubrick’s filmmaking style – with iconic scenes from the first movie even recreated for the sequel. This was a mindblowing task, they tell us. “Just being in those spaces was really remarkable,” says Macy. For the filmmakers, this meant reconstructing the Overlook Hotel, even though Kubrick’s ‘The Shining’ setting is famously impossible to map out.

“It makes no sense whatsoever,” Flanagan explains to Shortlist, “We spent months trying to figure out where the lobby doors should be. And we never got an answer to that question. There is no knowable answer to that question based on the rules that Kubrick laid out. He had abandoned logic when he designed it. It was incredibly daunting. But it was one of the most fun and rewarding challenges we've had professionally.”

“The conversation about where the front of the hotel is, is actually not a straightforward one,” adds Macy. “By the end we gave up and said, we'll use the same door Kubrick used. It’s not the front door or the lobby door. It's this other door, off to the side that just had a little umbrella stand by it. That's where you see the characters enter and exit. But when we finally couldn't locate the front door of the hotel, we decided, ‘OK, we're just not going to bother anymore. We'll just do whatever Kubrick did. It'll have to work!’”

So, in honour of the spooky sequel now in cinemas, here are five more scary movies for fans of true horror, according to two filmmakers whose movie will undoubtedly inspire (and freak out) generations to come.

After all, all work and no play makes Jack a dull boy…

“The first movie that scared the hell out of me, which I saw in my very straight laced friend’s basement, was ‘The Changeling’, the George C. Scott version. Which I think is still burrowed into my brain.” – Trevor Macy
“That's a perfect movie. ‘The Changeling’ has been one of the most influential movies on my aesthetic. That was one of the first horror movies I ever saw.” – Mike Flanagan

“John Carpenter's ‘The Thing’ is essential viewing. It's also I think, a perfect film. And one of the most claustrophobic and visceral horror films I've ever seen, to this day. The thing about ‘The Thing’ that I've carried with me, since I saw it for the first time, is for the majority of that film, it has unforgettable visuals and these shocking set pieces. But what makes the movie so effective are these long stretches where you’re really just watching characters deal with a stressful and traumatic situation. And that's what makes it so resonant. That's a lesson I learned very early on from that film: it isn't about that moment of shocking gore or violence. It's about the twenty five minutes prior to that, that these character interactions have perfectly, kind of, primed the pump, to make that moment land so effectively.” – Mike Flanagan

“I'll go really obscure now. Here's a little tiny movie called ‘Lake Mungo’. It's an Australian independent film. It is chilling and sophisticated and emotional and such a wonderful surprise of a horror film and only came out a few years ago. That’s an incredible one to watch.” – Mike Flanagan

“Anybody who is a parent has to see ‘Rosemary's Baby’. It grabs that fear of the unexpected and twists it into something that is utterly relatable, and still holds up.” – Trevor Macy

“And then of course, you know, ‘The Shining’ in a major way has been a huge influence. Recreating ‘The Shining’ scenes that we did for this movie, I mean, it was one of the most delightful things that's ever, ever, happened to me in my life. Walking into those sets, it's a transportive, transformative moment. We all just turned into little kids again. It was an honour and a very surreal experience, just to be able to inhabit those halls and those rooms. It was just crazy.” – Mike Flanagan