5 best vocalists of all time, according to Carice Van Houten

Exclusive: Temple and Game of Thrones star chats to Shortlist 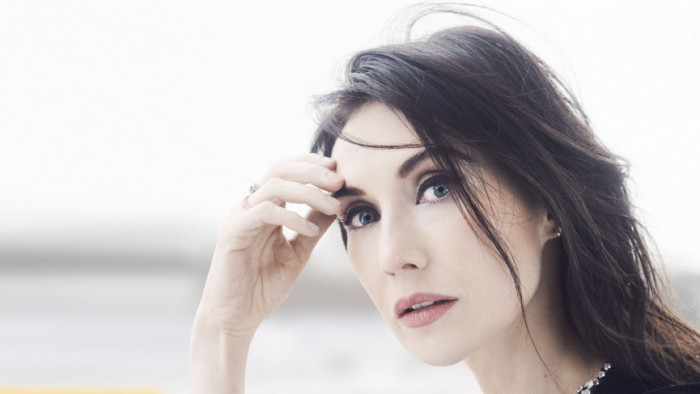 You’ll probably know Carice Van Houten as the star of Sky’s dark new original drama, Temple. You’ll definitely know her as the Red Woman, Melisandre, in Game of Thrones. You might not know her as one seriously soulful singer.

Look up Van Houten on YouTube and you’ll see, after the mash ups of her most memorable Westeros moments, reams of beautiful crooning performances. While she’s one of the world’s leading actresses (she’s nominated for the Guest Actress in a Drama award at the upcoming 2019 Emmys), music is her passion, and she’s released an impressive back catalogue of albums, movie soundtracks and singles.

It’s a fine way to get hyped for Temple. The new drama series, adapted from the critically acclaimed Norwegian drama series Valkyrien, sees her star as guilt-ridden medical researcher Anna, opposite Mark Strong as a surgeon who operates an illegal, literal ‘underground’ clinic in the hidden depths of London’s Temple tube station.

Billed as a story of “fate, chaos and consequence,” it’s got all the ingredients to be your new boxset binge: just as well then, that the broadcaster has dropped the full series in one go.

Here, the accomplished actor and singer reveals her favourite vocalists of all time. Though she’s quick to qualify, it was a difficult choice: “There's so many more though. There’s Paul Simon. Nina Simone, Billy Joel! There's Kate Bush, there's The Beach Boys!”

One of those, she’s even flirted with playing on-screen, too. We asked, if she were to combine her two careers and star in a musical biopic, who would she want to give her spin on? “I did a Kate Bush imitation once, for a wedding. You know, Wuthering Heights. I learned the dance for it, too. I have the pictures!”

“If I had to pick my all-time favourite singer – if you’re really making me choose, I’d have to say Joni Mitchell. She’s the whole package: the singing. The voice. The songs. The music. The lyrics. Just her.
Lots of people have that thing where they remember exactly where they were when they discovered a particular artist – for me, that’s Joni Mitchell. I was about 18, when I discovered her album, Blue, and the first song I heard was the first song on that album, ‘All I Want’. It just spoke to me. It made me think, how does this person know me so well?"

“I discovered the band Villagers in 2010, at a festival in a tiny little church in Rotterdam. From that very first moment, I became a bit of a groupie, and I’ve become close to them since. Conor O’Brien’s voice is so beautiful; it sounds like he’s singing out of necessity. They’re the sort of band that deserve to play to huge audiences, but who you want to keep as a secret for yourself.
The first song I heard by them was ‘Becoming A Jackal’, from their album, ‘Becoming A Jackal’. That whole album is beautiful.”

“There’s so much melancholy around him. Lots of people find it to be quite dark, ‘slit-your-wrists’ type music, but I find it soothing. I don’t know what that says about me! I love sad stuff. Check out the song ‘River Man’. His voice is just so pure and beautiful.”

“I first heard Anohni, formerly known as the band Anthony and the Johnsons, years and years ago – probably around 2005. I was in an obscure clothing shop. I always have my ear open for music in the background: When I'm at the hairdresser's or in a bar, I always go to the bar and ask them what they're playing. This is before we had Shazam!
And that's when I heard Anthony's voice. I was saying, 'What is this?’ I mean, it's so intense and so pure, that it's almost hard to listen to it for too long.
I really admire her voice. I befriended her as well, and she's such a beautiful soul. The song I really, really love is her version of Beyonce's ‘Crazy In Love’, recorded when they were still Anthony and the Johnsons, and - ah! - I just love it!”

“I was a big fan of Queen growing up, and still am. I mean, Freddie Mercury's voice is amazing.

I remember that I cried when Freddie Mercury died. His birthday was the same as mine – the 5th September. When you're a child, your birthday is such a magical day, and I just always felt like me and Freddie were connected.

I saw the movie, Bohemian Rhapsody, and thought it was an amazing portrait. Traditional biopics are not per se my favourite type of film, but I thought his portrayal was very good; how it just reminded us all of the love for Queen.”