Exclusive: The sports commentator chats everything football with ShortList 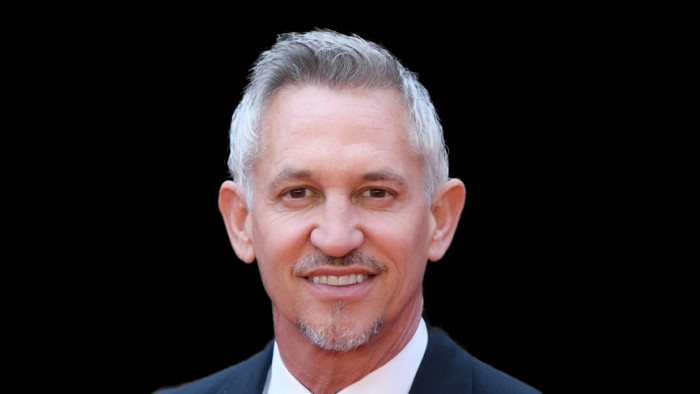 You don’t have to care about football to know who Gary Lineker is. The former footballer, now sports commentator, has transcended his sport to become a national TV treasure.

From a football career spanning 17 years (and never once getting booked), to presenting Match of the Day in which the former England captain shares his expert analysis on the games of the day, Lineker has been on our screens for decades.

Even when he’s not on our TVs, Lineker can be found sharing his knowledge and the odd Brexit musing (spoiler: he’s not a fan) on his Twitter.

And just when you think ‘oh that’s probably enough to be getting on with’, Lineker has released a book inspired by his Number 1 podcast Behind Closed Doors.

In Behind Closed Doors: Life, Laugh and Football, Lineker and his podcasting partner Danny Baker take it in turns to share heart-warming and hilarious anecdotes of their time following - and in Lineker’s case - playing the great game.

Talking about the book, Lineker says readers should not expect a “tell-all autobiography” or him “digging the dirt on various people”. Instead he simply describes it as “stories with real affection”.

“I feel immensely fortunate to have had the life in football that I have had - both when I was a player and now as a broadcaster,” he added. “I am aware of the good fortune I have had. It has been nice to share some of my reminiscences.”

So, what else could we ask Lineker about, than for him to share some of his favourite moments playing the game - touching on everything from winning his first cup final, to the time former Leicester City manager Jock Wallace pinned him up against the wall and called him “a lazy English…” - well, you get the idea.

“My first memory is really winning my first cup final when I was about 10 or 11 playing for Caldecote Junior School. I had already started scoring a few goals and we got to the final and won 2-1.

“My brother scored the other goal. That’s my first memory and then after that, it was just a lot of goals. I scored a silly amount of goals as a kid. It was actually a lot easier then than it was when you become a professional.”

“My early memories are a lot of playing football in the winter and cricket in the summer - usually with my brother in the garden. I was absolutely obsessed with football and cricket. I didn’t really want to do anything else.

“I don’t think it helped my school work very much. The last report when I left school was that ‘he focuses way too much on football and he’ll never make a living of that’. Hey ho, they don’t always get it right.”

“In the book I tell the story of the first time I met the new manager Jock Wallace. I think I was 17. There was a game and he came in at half time, he was effing and blinding.

“He was a huge man, scary individual, and I could not really understand what he said in his gravelly, Scottish voice. But, he was looking in my direction and eventually pinned me up against the dressing room wall. He was saying ‘you lazy English’ this and ‘you lazy English’ that. I wouldn’t have minded but I had scored two goals in the first half.

“Needless to say I didn’t perform well in the second and when he called me into his office the next morning, I just thought he was going to kick me out. I thought my career was over before it had really begun.

“I waited outside his office for 15 minutes before eventually being called in and he just said ‘you were superb last night’. He was just like ‘I just want to keep your feet on the ground’ and I thought ‘crikey, that’s a nice way of doing it’.”

“Poland was a life-changing experience. Prior to that I had gone five or six England games without a goal, we had not done particularly well in the first two matches. I thought Bobby Robson would probably leave me out but he stuck with me.

“In the first half we were playing in 40°C and it was unbearable but I had managed to score three goals in the first half. It changed my life. From there on, a couple more and a couple after that.

“During that world cup, Barcelona had started to get interested and they bought me after it. I went from starting to make my name in English football to being known right throughout the world and playing for one of the biggest clubs in world football.

“It was just such a massive game and one game can change your life in football and it was certainly that one for me.”

“We all have heroes. I still have them now. I’ve done a number of crisp commercials with [Lionel] Messi. All four of my boys are all massive fans of Messi. He was lovely with them and spent a bit of time so it was good for him to do that. You’re never too old to get starstruck.”

“I had different heroes when I was a kid. Frank Worthington, Pete Shilton. When I first got in the England squad, I got to meet Bryan Robson and Pete Shilton who were both real heroes of mine. It was quite daunting in many ways. You start to think what the hell am I doing here with these heroes?

“Then you finish your career and they are still great players that you admire. You realise they were so much better than you were - even though you’ve done reasonably well in your career.”