Musician Jack Savoretti on movies, music videos and the 5 best plot twists of all time

Exclusive: The singer talks new material, Dr Who and the ultimate plot twists 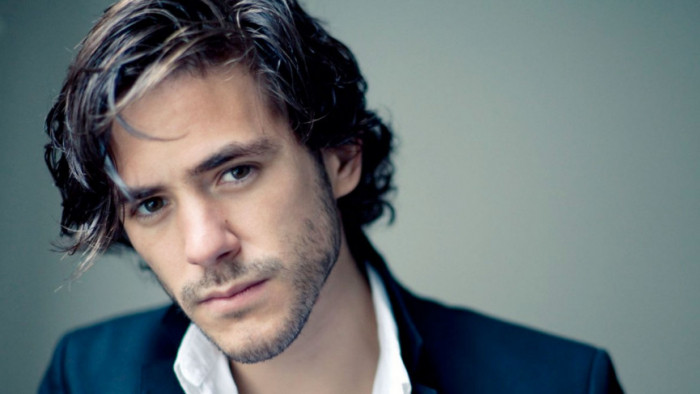 With six studio albums under his belt, the gravelly tones of English-Italian pop triumph Jack Savoretti have become something of a trademark. From the early days of rough and ready acoustic guitars, to today’s meandering, pop-centric sound, Savoretti’s musical journey has been a long and winding one.

With each release, the list of a-list collaborators grows. Savoretti’s latest album, Singing To Strangers, features credits including Kylie Minogue and Mika, while another collaboration that unsurprisingly made the cut saw Bob Dylan thrown into the mix, with his unfinished lyrics being transformed into the track Touchy Situation.

“The last four albums - they’re all quite different, but there’s definitely a link. I don’t think the change means I’m experimenting, I’m just changing as a person. I don’t have the same views I had when I was twenty-five.” Savoretti declares.

It was the single Candlelight - taken from his recent album - which truly paved the way for the rest of the release. Featuring a solitary piano intro and haunting backing vocals alongside Savoretti’s gravelly tones, the track quickly took on a life of its own according to the singer.

“My kids call Candlelight ‘the pirate song’ because of the intro - it was definitely the song that created this album,” says Savoretti poignantly. “It was also the song I used to convince everyone of the direction I was going.”

“When I was talking to people about the direction I wanted to take, I could see a bit of fear in their eyes. They were like ‘oh no Jack, what’s he going to do? Why does he want to go to Rome? What’s he talking about?’ - and then when I’d play them that track they’d seem to suddenly get it.”

Also taken from the album and featuring fellow pop comrade Mika, Youth and Love is a track whose accompanying video is quite literally a trip down memory lane.

Featuring David Bradley - best known for his role as Argus Filch in the Harry Potter series - the video sees the actor dancing on tables and reminiscing about his youth from the confines of a cafe.

“My wife is an actress and worked with Bradley on a Doctor Who film called An Adventure in Space and Time. I remember her saying, ‘wouldn’t it be so great to get David involved in one of your videos?’”

“The original idea was to get this man drinking in a cafe in Rome, seeing all these young lovers and reminiscing about his past as he dances through the streets,” Savoretti says jubilantly.

“And then we thought, wait, hang on a second, what if we take the essence of it and make it a guy in a cafe in England and have him dreaming of being somewhere else.” Oh, the glamour of it all.

Speaking of visual ventures, it turns out Savoretti is in fact a fan of all things cinema. In particular, films featuring a plot twist - or three.

“It’s a tough one with plot changes,” he notes, “because there are extreme plot changes like The Usual Suspects - which I like to think is the ultimate plot surprise - and then there are movies like Barefoot In The Park which I just love despite it being simpler.”

In spite of his indecisiveness - and I mean, who wouldn't be, given the choice? - we managed to squeeze a Shortlist out of him on that very subject. So, without further ado, it’s time to discover the best plot twists of all time - according to Jack Savoretti.

“I watched it with my daughter quite recently and it’s my favourite plot twist. First of all, I love everything about the movie - from the music to the acting. I know they’re redoing it at the moment; Spielberg’s been given the job, so I’m excited and terrified.”

“It’s a Romeo and Juliet type plot twist where the lovers and all the main characters die - which is incredible and sad and I always forget that. When you watch this stylistic, youthful, up-beat rock ‘n’ roll era, you think it’s going to be really great. Maria is the only survivor, so I guess it really is a modern day Romeo and Juliet-esque plot but I love that twist! It’s amazing how relative it still is, fashion-wise and even with some of the music. It’s one of the coolest things you’ll when it comes to how they look - it hasn’t dated.”

“Saturday Night Fever is another one that starts with this incredibly cool opening - that scene is absolutely unbeatable. Everybody practised that walk - at least I know I did. It’s a coming of age film and then there’s this terrible dramatic tragedy with the suicide and not getting the girl and it’s just terrible and you don’t expect that. It just throws you.”

“I feel it was something typical of that era of film making - the Taxi Drivers and all that - there weren’t happy endings. That was a popular twist in Hollywood during the 70s. They were sick of happy endings. There was a theme of ‘let’s end on a down note'."

“Well Reservoir Dogs is just one plot twist after another! I’m definitely a Tarantino fan. I love all of his films - and twists are a signature of his. It’s perfect Tarantino because you never actually see the robbery. You just see the aftermath of it. With Tarantino it's a constant twist and turn. It’s not even one thing - what you thought the character was is ever-changing, you’re always surprised.”

“It’s the unexpected tragedy of the coma. I remember it not being what I expected at all when I went to see the film. And having experienced that myself in my personal life, unfortunately it was a little too close to home. But yeah, there was a surprising depth to what I thought would be a rom-com.”

“As with all Wes Anderson films, just when you settle into your seat and you think you know where the film is going, there’s a shift. To be honest, with most Wes Anderson films, I spend my time trying to figure out exactly what the plot is. And even when the film has ended, I almost have to watch it again to connect the dots. It’s never linear which I love.”

“The search for the mother and this great mission that they’re on is a big twist. It turns out to be this kind of adventure to find something and it turns out to be this very normal dysfunctional family - rather than this incredible meaningful, spiritual journey. At the end of the day, it’s just a long film about family dysfunctionality - which is very Wes Anderson, like with the Royal Tenenbaums and all that. I love the domesticity of it - when you think it’s going to be this deeper meaning but it all comes back to this domestic scene. It’s an equal balance of style and substance.”