Craig David rewinds the clock to share his 5 favourite collaborations 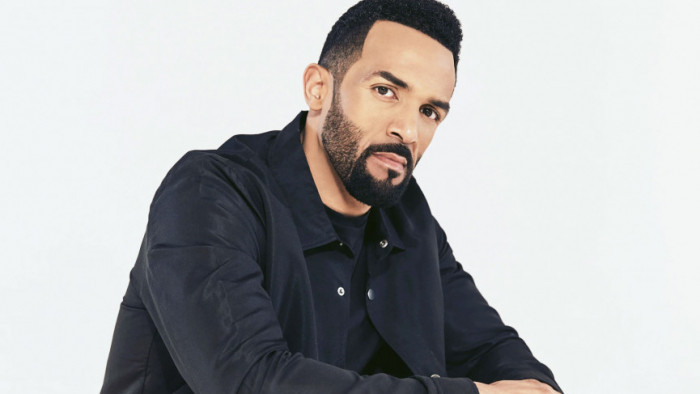 By Danielle de Wolfe
06 December 2019
November marked 20 years since ‘7 days’ hitmaker Craig David teamed up with Artful Dodger.
Their hit single ‘Re-Rewind (The Crowd Say Bo Selecta)’ saw Craig David become a household name more or less overnight, with appearances on Top of the Pops and Leigh Francis’ infamous Bo’ Selecta! sketch show being born off the back of the track.
It’s a single that nearly never saw the light of day mind, after a computer error meant the only hard copy of the recording was laid down on a TDK D90 cassette - you don’t get much more '90s than that.
Needless to say, the song lived on - and the world should be thankful it did.
“It’s funny how it was more than just a song,” David reminisces. “In the UK, it’s not just a sub-genre of dance music; garage has become a genre within itself. There’s nothing like that tempo, that beat and the quantisation of the drums. There’s nothing like that in the world.
“You even have American producers trying it - 'It’s Not Right But It’s OK' by Whitney Houston, Rodney Jerkins who’s one of the world’s biggest R&B producers and even Timberland - they were all trying to do the garage thing and you think ‘yeah, this is the UK flexing!’”
The subsequent 20 years have seen David sell more than 15 million records, achieve seven Top 40 charting albums and gain a massive 14 Brit Award nominations. It seems the artist-come-producer really was, ahem, Born To Do It.
“I’ve been able to grow up and go from being a young boy in Southampton to being a man. At the same time, realise there were things I was doing as that young boy that were the real fundamentals of creating great music.
"That young boy embodied the album Born To Do It. I embodied the DJ - I was making the mixtapes, I was making the mixtape covers, I would go up to London and buy the records. And when you’re in that thing, you create a vortex and you become aligned.”
Coinciding with the milestone, David performed an intimate, free gig in his hometown of Southampton on 10th October, to celebrate the launch of Virgin Media's Gig1 broadband.

“For me it’s exciting to be coming back home and doing an intimate show - especially because we’ve announced the Bournemouth BIC show next year as part of the arena tour.

“To do something in a ground that’s such a part of my upbringing [St Mary’s Stadium] and close to my heart in terms of my favourite football team is great - my mum’s a Saints season ticket holder, so I'll probably go and check out her seats and see if she’s getting the right view watching the game.”

The gig comes off the back of a 12-week residency in Ibiza as part of his intimate TS5 experience. What started out as a 10-man Miami penthouse party featuring R&B anthems and swing beats, quickly escalated into the show fans have come to know and love today.
“TS5 came about because the place I was living was called Tower Suite 5 - so when I was throwing these house parties, people would just say ‘I’m going to TS5 tonight'. What I used to do when I was growing up in Southampton was literally the DJ show stroke MC-ing and singing at the same time - so TS5 gives me a lot of satisfaction. It’s almost gone full-circle back to where it started.”
And with new material in the pipeline to coincide with the 2020 arena tour, fans certainly have a lot to look forward to.
“A new album is a definite next year, one hundred percent. I like to think that this album will be so fun and playful - but with a positive and uplifting message.”
“For the fans that have grown up with me, some of their fondest memories are from when they were young, free and careless - they can remember the songs that spark memories for them. Let’s go back there! It’s not all about having the weight of the world on your shoulders, it really isn’t.”
And now, with the twentieth anniversary of his debut album, Born To Do It, creeping ever closer, we took the opportunity to sit down and re-rewind the clock (sorry, we couldn’t resist) to rediscover some of Craig David’s favourite collaborations. 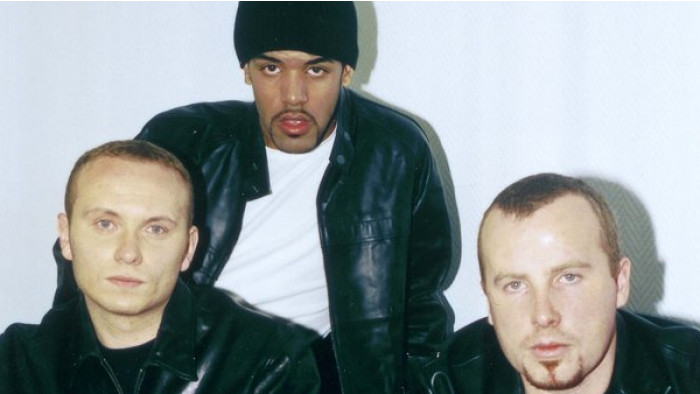 "It was that seminal garage record that changed my life and changed their lives. It’s funny how it was more than just a song. When I think about what it represented, in terms of opening the floodgates for other artists in and around the country to think ‘oh this guy from Southampton who’s not signed is having the biggest record ever - maybe I can do that too?' I think not only that, but it opened up the opportunity for the grime scene to come through. If you look at the Skeptas and the Wileys and the Stormzys and the Kanos - everyone who’s come through, it opened something that was bubbling and I’m just so grateful to have been part of that time." 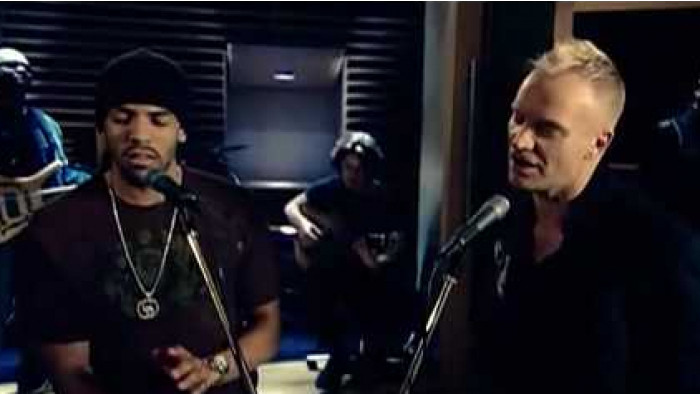 "Working with Sting on Rise and Fall was a huge moment for me because to be working with a legend like Sting - using such an iconic guitar riff from 'Shape of your Heart' - and then for me to have gone through first hand what the lyrics of the song were portraying, it was unbelievable in so many ways.

"At one point the song was in the third person and I remember bringing that into the first person to give it more poignancy. I embodied it so much it very much became my story. I remember when I stood up at Glastonbury and was singing out to 100,000 people back in 2016, I got to the middle 8 of that song and it was almost so verbatim. It was unbelievable. It shows you the power of music." 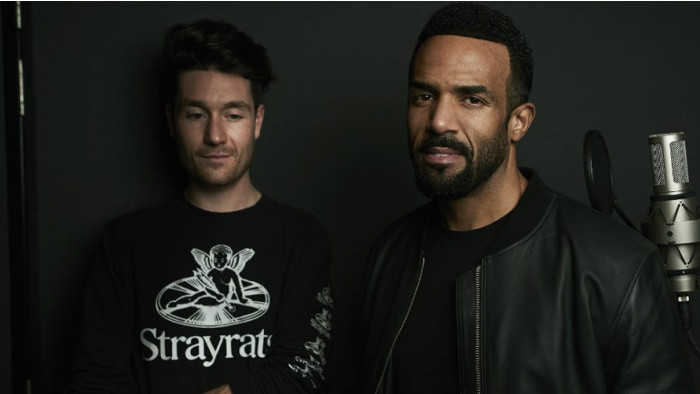 "I’d say that 'I Know You' was all about inclusion. It embodied everything I’m about - let’s bring everyone together. You’ve met someone, you’re stumbling through the night and that I-don’t-know-you-but-I-do feeling - we have a connection without even knowing the ins and outs about each other. I think we need more of that. It's why my Ibiza Rocks TS5 stuff is so fun - people don’t know each other but they’re all there for the same common good, they all wanna have a good time and look in each others’ eyes and think ‘are you feeling the same way about this song as I am?’ And for it to uplift, that’s wicked too." 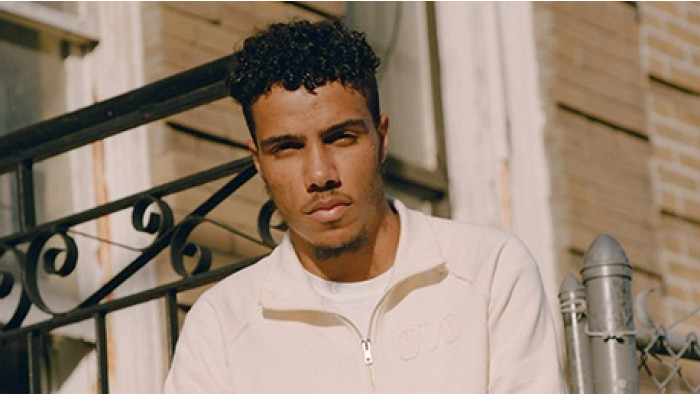 "I've worked with AJ Tracey twice - once on his album, once on a song called 'Somebody Like Me' from the My Time Is Now album. What I like about that was AJ was really on the come-up - people were talking about how it was all about to blow for him."

"It gave me so much pleasure to see AJ’s album Ladbroke Grove do so well, 'cos everyone was like ‘yeah, he is that guy’ - and then his song with Dave. It’s great when you’re ahead of the curve and someone already has that star element in them and you’ve just got to stick with it and everyone will see it too. Isn’t that the way with every artist?! You’ve got all the talent, all the soul, you’ve got it and people say ‘I’m not seeing the number 1 yet’ and you’re like ‘it’s in there, it will come!’." 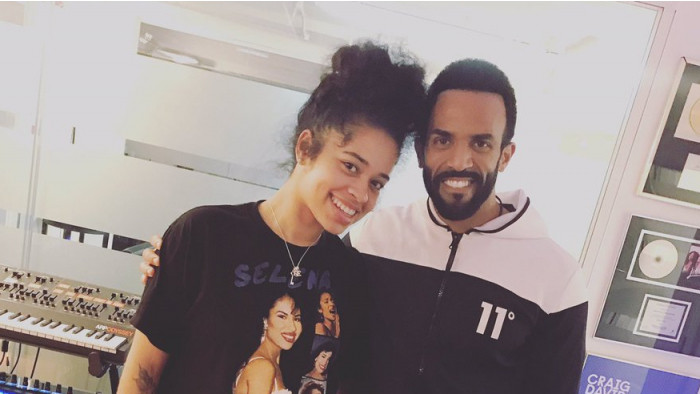 "Working with Ella Mai was awesome - we did a song called ‘Talk To Me Pt. II’ which was on The Time Is Now album. Again, this was just before she had 'Boo'ed Up' and that ended up being her break out single and it became huge - in America in particular. But working with someone like that with so much talent and hearing her voice on that mic in the studio - I was just left thinking ‘It’s going to happen, it just has to’ because the cream always rises to the top.

"It’s just those moments you walk away and think - I knew you were going to blow. I knew it was going to happen. It’s so nice for me, because I’d rather be on that wave than people being like ‘Oh, now you’re working with them ‘cos they’ve already had the success’ - which is fine, but I love that moment when you can tell it’s all about to take off."