Exclusive: The 5 best stand-up moments, according to comedian Omid Djalili

Shortlist talks exclusively with the comedian about what makes him chuckle 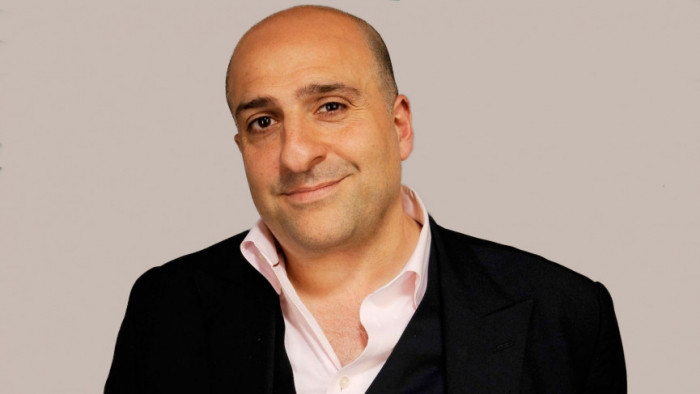 Omid Djalili has teamed up with KP Nuts (yes, as in the bags of peanuts) for Movember, to encourage men to “check their nuts” for testicular cancer. Admittedly, not the funniest topic in the world - but the comedian is certain that humour is the way forward.

“This is a good campaign to use comedy,” he tells us. “Blokes are quite sensitive about this thing. So, if you can get people to laugh about it, then you have a higher chance of people actually taking heed of the message."

And, Djalili - who is putting on a free comedy event for the campaign - says he couldn’t turn down the challenge.

“To use my comedy to push forward for the good of humanity is one of the great privileges of being a comedian. I’ve got to write 10 minutes of material - it’s a real challenge - but also if someone said to me ‘can you write 10 minutes of material to try and save the world?’ You’re not going to say no. I’ll give it my best even if we go down in flames, at least I’ve tried.”

Though, we’re sure Djalili will be hoping to burn the house down in another way on the night. After all, he admitted that he could tell when other comedians weren't giving 100%.

“It’s awful… when you see people who is on stage and then they just kind of getting lost or they're just going through it automatically - which I know I've done that a couple of times when I haven't been well - ‘it’s just a job, I'll just get up and just go through the motions’ but it’s never a great experience, either for yourself or for the audience. You have to love it. You have to really give it everything.”

So, amateur stand-ups - be warned - if you ever end up in a room with Djalili, you best give it your all.

Need some inspiration? Don’t worry, we got some from the man himself. These are the five comics that make Omid Djalili chuckle.

And if you want to see him in action, he will be performing at KP Nut X Movember’s ‘Laugh Your Nuts Off For Movember’ comedy night on 12 November.

“There’s a great comedy club in Cork called City Limits where the owner Brian says the comics never die on stage because he only books the best.

“But once Johnny Vegas went on stage, not only unwell but very drunk. When he wasn’t getting laughs he decided to take off all his clothes and tried to lead a sing along. No one joined in.
“Then, he spent a full two minutes vomiting on stage into a bucket. Brian said punters were lined up demanding their money back after, because they had paid for comedy and didn’t get any, he said ‘no it wasn’t comedy but what you got was Shakespearean tragedy. They pay £50 a ticket for that in London!’

“He ended up paying everyone a full refund.”

“I have always had a fascination with opening lines. Comedians usually go for introductory ones about who they are, why they are there etc. as it’s the most important part of your set, how you set your stall out.

“Tim Vine is the master of one liners. They say brevity is the soul of wit and he has the record for second shortest joke of all time: ‘Velcro. What a rip off’.

“At number one is Jimmy Carr with the two-word joke: ‘Dwarf Shortage’.”

“Tommy Cooper also had one liners that made me laugh out loud. ‘My wife is on a coconut diet. She’s not lost any weight but you should see her climb a tree’.

“Patrice O’Neal always went over time at the Comedy Store in London. Maybe it was because he was big, black and American that no one dared get him off the stage. But, also maybe because he was too funny and everyone used to watch, even Don Ward, the owner.

“There was a routine he did which started ‘I hate going out on dates when they never tell you they have a debilitating disease. Once I was with a girl, it was nice, flirty even. Then her eyes started to bleed. And I shouted ‘you never told me you had Ebola bitch?!’”