The craft beer scene in the UK is exploding, but there’s also a huge trend for the best alcohol-free beers. In fact, a report by drinks retailer EeBria states that the category is up a whopping 381 percent since 2017.

You just have to take a look at our best craft beer list to see that everyone is into trendy ale at the moment - but good beer doesn't always mean a high abv.

UPDATE: If you fancy a bite to eat while supping down on the best alcohol-free beers, then we have the list for you. Our best beer snacks guide for you offers up brilliant, and wide, selection of snacks that work well with any ale.

There’s some complexity on the definition and branding of alcohol free and low alcohol beers, so you’ll find a mix of the two here. The important thing is that everything below has a maximum abv (alcohol by volume) of 0.5%.

Although some are 0.0%, they tend to have less flavour and the difference in alcohol is negligible. For some context, a ripe banana or even a slice of bread can contain 0.5% so you’re not going to get drunk, no matter how much you drink.

There are beers here from some big names but alcohol-free and low alcohol beer is getting so popular there are even breweries dedicated to making the stuff without that potent element. We’ve included some of them here.

One benefit to these beers is the lack of alcohol, and therefore tax, makes them a lot cheaper than normal brews. Many are also low in calories.

So whether you’re pregnant, driving, wanting to keep alcohol for the weekend or any other reason, let’s get drinking. Long gone are the days when the choice was limited to just a few big lager brands.

Upvote your favourite booze-free beer, and add any you think deserve a place in this hall of fame using the box at the bottom. 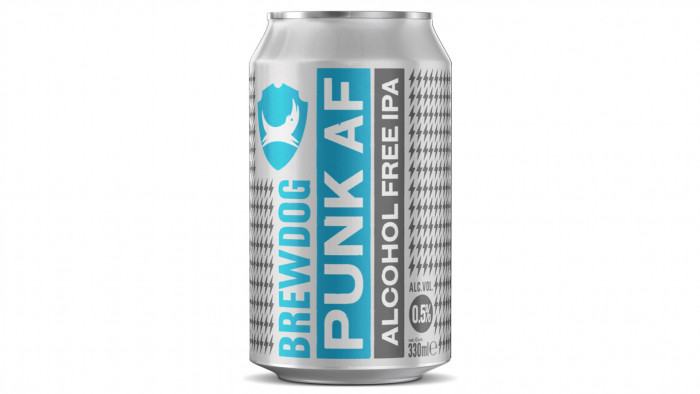 You probably know Nanny State, but this alcohol-free version of BrewDog’s flagship beer is a winner if you ask us.

It’s actually brewed to 0.5% or less rather than going through a process to remove alcohol, which often taints the flavour. Punk AF drinks very smooth and provides a nice combination of juicy hop aroma and a piney bitter taste.

A great alcohol-free beer for any occasion.

If you’re looking for a nice lager without the booze, this Pils from Infinite Session is an excellent choice.

Top-notch branding aside, it’s impressive how clean, crisp and tasty this beer is. The style is a challenge to brew normally, let alone one with almost no alcohol in it.

As it says on the can, this is infinitely sessionable and the brewery also has a pale ale and IPA in its repertoire. 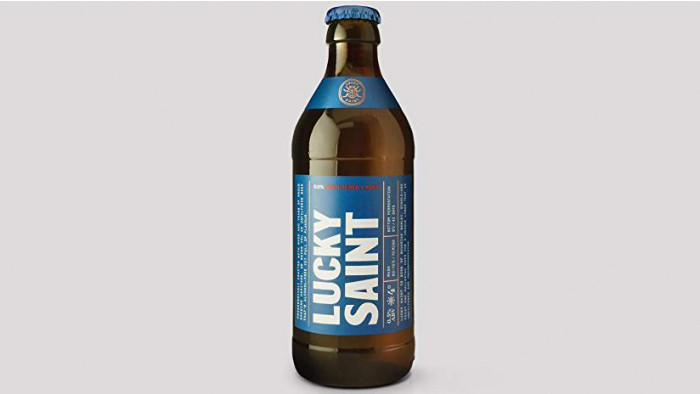 Added to our list of the best non-alcohol beers by popular demand, his UK-based brand (although it brews its beer in Germany) has been applauded for its quality taste. It's certainly a brand to watch.

Lucky Saint has a richer, maltier flavour than even a lot of alcoholic lagers and just the right amount of bitterness. It’s really one where you won’t notice the lack of booze. 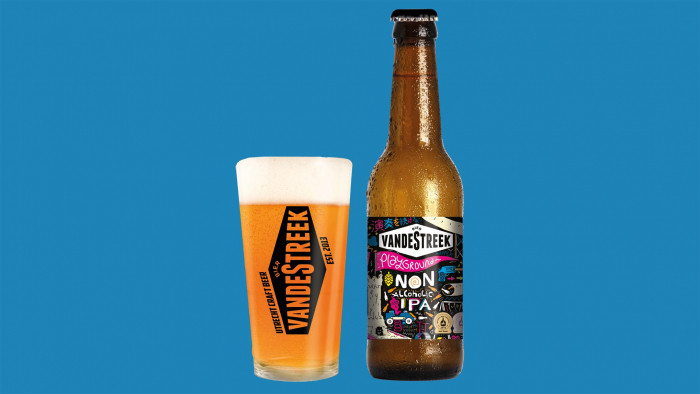 A really refreshing beer and another 'we can't believe it's alcohol free' ales. The Vandestreek Playground IPA is an 0.5% ABV India Pale Ale offers up a flavour that comes from 3 types of American hops (Mosaic, Citra and Cascade). It's got that full mouth feeling and is cut with a bitternes that we really like.

This beer was three years in the making and offers wonderful pear and cider aromas, as well as a satisfying Riesling-like acidity. It has flavour, depth and complexity 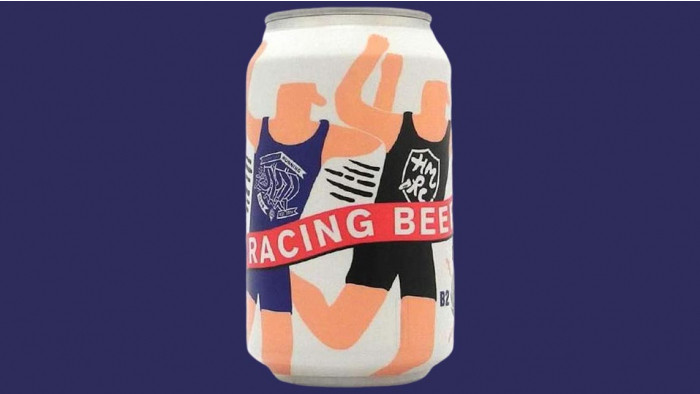 Continuing its fine streak of non-alcoholic ales, Racing Beer has elements of a Belgium bear, with more than a hint of apricot in its taste and a haze in its look. It goes down well and has been made in association with Danish running club, Hechmann Running - the idea being that it is the ideal beer after a run! 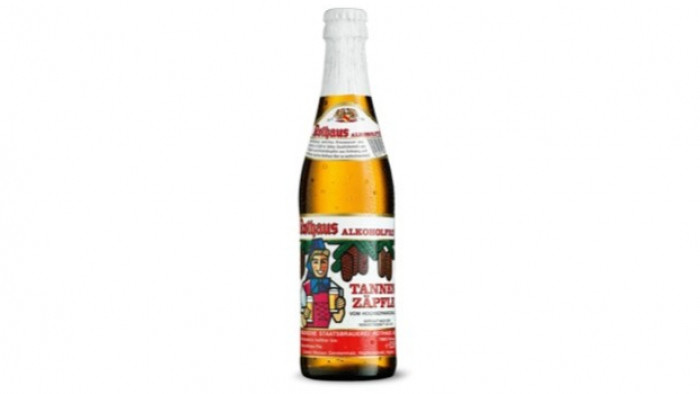 This Pilsner is made by Rothaus - a brewery in the Black Forest of Germany - using their authentic full beer before the alcohol is removed at 40C. The bottle design is fun, colourful and looks just like you’d expect a German beer would. It’s a light, easy-drinking beer with a nutty flavour.

Available from Amazon, but if you fancy shopping more locally, this beer is also available at Real Ale shops in Twickenham, Maida Vale and Notting Hill. 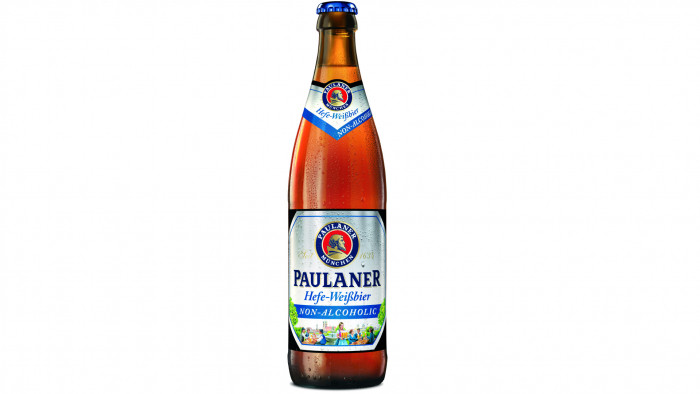 This is an alcohol-free version of a Bavarian classic. Nothing new, but certainly worthy of this list.

In true German style, this is a wheat beer that is unfiltered and full of flavour yet less than 0.5%. Unlike some alcohol-free beer it doesn’t suffer from being thin and you get that classic big banana hit with some clove spice. The calorie count is low for a wheat beer too. 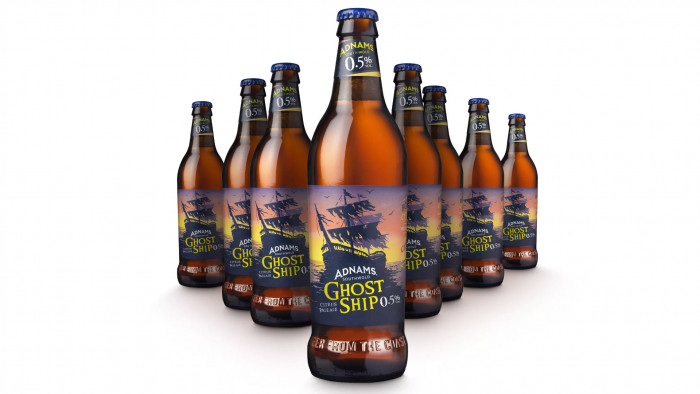 Ghost Ship is a good example of an alcohol free version of a flagship beer. It is great if you want something more on the traditional ale side of the beer spectrum.

This is a light and citrusy pale ale that will disappear in a flash. It really doesn’t taste far off the regular 4.5% version, partly thanks to some reverse osmosis kit which avoids the high temperatures often used to remove the alcohol, with flavour being a casualty.

The beer is available in 500ml bottles, and now in cans too. 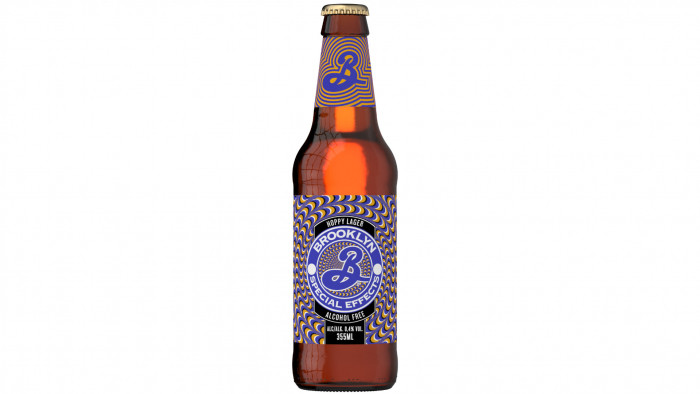 You’ll know this US brewery for its popular lager, and likely many other beers too. Special Effects recently made its debut in the UK and is well worth a try.

It has a solid malt base but is, unusually for a low alcohol beer, dry hopped giving it an aroma more common to an IPA. This makes is a nice middle ground, so will appeal to most drinkers and pairs with a wide range of food.

Brooklyn says it has developed a fermentation method that limits the amount of alcohol produced. Special Effects comes out at 0.4%.

As the name suggests, Big Easy is an easy drinking beer. It's American style pale ale with lots of juicy aroma and flavour, including peach and apricot, making it great for a BBQ.

Big Easy is brewed at a low alcohol content to avoid having to use any processes to remove the alcohol. Thornbridge wanted to get this beer right so much that four batches (60,000 bottles) were thrown away before it was good enough.

You’d hope a brewery dedicated to brewing alcohol-free beer would have something good on the menu, and we love this IPA.

Named Sutra (there’s a pale ale called Karma), it’s straw coloured and goes big on a piney resinous profile with a background of bitter grapefruit, both in aroma and flavour.

It will be a marmite type beer but we couldn’t not mention that Nirvana also makes a ‘Buchabeer’ by blending Japanese Green tea Kombucha with cane sugar and pale ale.

Accompanying the attractive artwork on the label is a great range of beers including a sour. But this is the best stout in the low alcohol category as it stands. It’s on the sweet side thanks to the addition of lactose but also has a nice roasted malt and chocolate character.

Seek out the range and watch out for some collaboration brews. 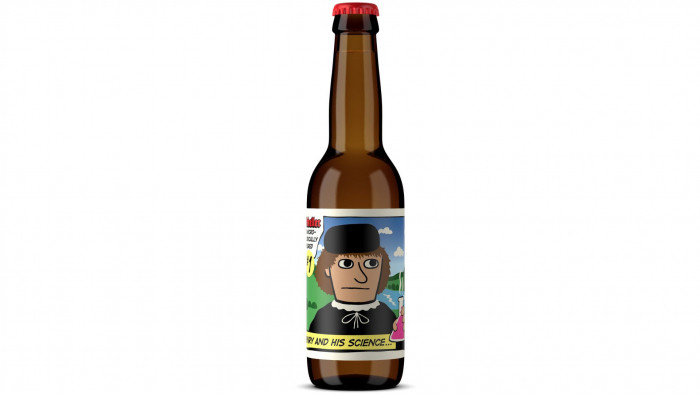 14. Mikkeller - Henry and his Science

The popular danish brewery makes some popular alcohol free beers like "Drink in the sun" but we’re blown away by this one. “Micro-biologically flavoured ale” might not be the most appetising thing to put on the label but this is unlike any other low alcohol beer we’ve tasted.

In short, this ‘Flemish Primitive’ style relies on the brewery’s own strain of yeast for flavour. You’d be forgiven for thinking real passion fruit had been used here, such is the amora and taste. It’s slightly sour, yet smooth and a little creamy in texture. 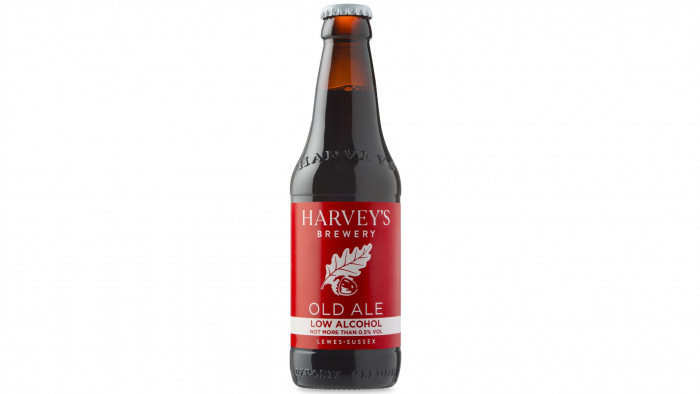 If you’re looking for a darker alcohol-free beer then Harvey’s, one of the oldest breweries in the country, has your back.

It’s brewed to the exact same recipe as the regular beer, but reduced to a maximum of 0.5%. It’s not as full-bodied as the real deal but still captures the rich malty flavour which the style demands.

There’s a gorgeous deep amber hue and a slight after taste of burnt toast. Available in tiny 275ml bottles.

Our American craft beer guide is a no-Bud zone.
Food And Drink