From the iPhone II name leak, to a Sony PS5 update 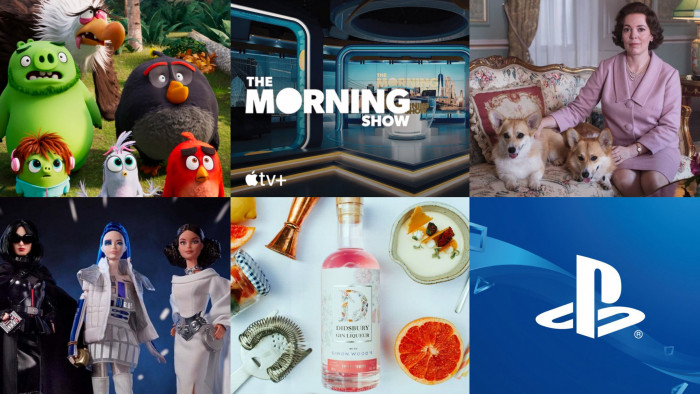 According to reports, someone at Foxconn - who make the handsets - has leaked the names of the new iPhones. If it is true, the names are: iPhone 11, iPhone 11 Pro and iPhone Pro Max. In terms of other details, the phones are expected to have new triple-lens and double-lens camera setups, though the same display design and size.

We may now know the day of the reveal of Sony's PS5 release date - thanks to a leaked memo. According to a post on Neogaf, Sony has pencilled in February 2020 for a meeting to announce when the PlayStation 5 is coming out. The announcement is also meant to include when key games such as The Last of US 2 will come out, too.

A leak ahead of a product reveal in September has revealed Sonos is set to release its first-ever portable speaker. It is suggested that the new speaker will include a switch that allows users to alternate between Wi-Fi and Bluetooth, depending on where they are.

Read: Looks like Sonos’ next big launch is a portable Bluetooth speaker

The Netflix original film Outlaw King has inspired a whisky with the same name. Scottish distillery Annandale has created a whisky in celebration of the film, which follows Robert the Bruce (played by Chris Pine), a 14th century monarch and the seventh lord of Annandale, who takes up arms against the English in a fight for Scottish freedom. The whisky is described as having notes of “freshly baked apple pie” and is available from the distillery’s website for £35.

Read: Netflix and distill: this movie has inspired a brand-new whisky

6. That release date for The Crown season 3

We finally have a release date for season 3 of The Crown. The show, which will see Olivia Coleman replace Claire Foy as an older Queen Elizabeth, will be coming to Netflix on November 17. To announce the release date, Netflix put out a framed - royal-birth style - notice.

Read: The Crown: Season 3 release date revealed - this is when we can expect the next Royal rumble

The first trailer from Apple TV+ is here, giving us a sneak peak into what to expect from the company’s new project. The trailer is for The Morning Show, a drama set behind the scenes at… a morning TV news show, of course. It has some big names attached, too, as it stars Jennifer Aniston, Reese Witherspoon and Steve Carell.

If you have a sweet tooth, then this one is for you. MasterChef champion Simon Wood and Manchester-based gin company Didsbury Gin have teamed up to create a Tutti Frutti flavoured gin. It takes inspiration from Wood’s Tutti-Frutti pudding and has flavours of citrus, passionfruit and vanilla. Available in Aldi from August 22, the gin liqueur will be priced at £13.99.