Looks like Sonos’ next big launch is a portable Bluetooth speaker

The news could mean great audio, wherever you are 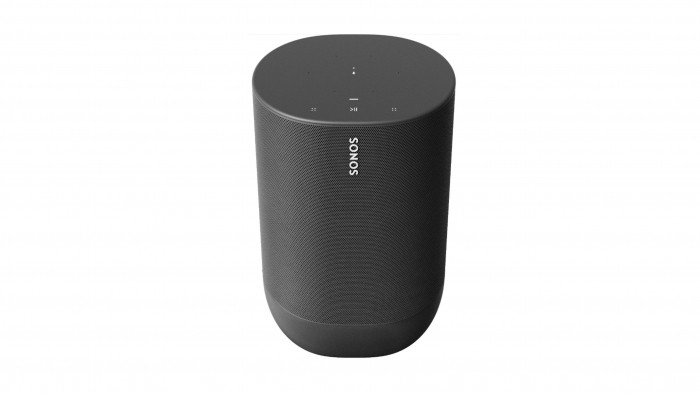 By Danielle de Wolfe
14 August 2019
Sonos is renowned for pretty much single handedly making multi-room music mainstream. Its latest release, though, may move away from this. A new leak ahead of a product unveiling in September has revealed that the audio brand is set to release its first-ever portable speaker - complete with Bluetooth connectivity.
Great news for those wanting top-notch audio outside the confines of their home (and just in time for the tail-end of BBQ season), the new speaker is reported to include a switch that allows users to alternate between Wi-Fi and Bluetooth depending on their location.
The brand has long sided with W-Fi connectivity over Bluetooth alternatives - even mocking Bluetooth connectivity in its 2016 advertising campaign - in part, down to the ease of use and audio quality where multi-room connectivity is concerned. However, the portable nature of this new design could see the audio brand move in an entirely new direction.
After all, it was only a matter of weeks ago that Sonos launched a collaboration with homeware giant Ikea to create budget speakers for as little as $100.
Leaked photos of the Sonos speaker were first published on Zatz Not Funny! and it appears to show a more curved design than its siblings, whilst retaining the same top controls seen on the current Sonos one.
According to The Verge, who caught wind of two product filings by Sonos - S17 and S23 - with the Federal Communications Commission (FCC), the device could also be set to feature a USB-C port and an ethernet jack - the latter of which can be found in the brand’s current speaker designs. It is also expected to be larger than the current Sonos one.
The filing notes the proposed design is “a high-performance wireless speaker and part of the Sonos sound system. The device’s primary function will be for streaming with Wi-Fi, but also features Bluetooth audio streaming and Bluetooth Low Energy, used for simplified setup.”
It is also expected that the new model will support Apple’s AirPlay 2, alongside an integrated handle on the back for easy carrying.
As for the second S23 filing, we’ll have to wait until Sonos’ press briefing next month to find out more.