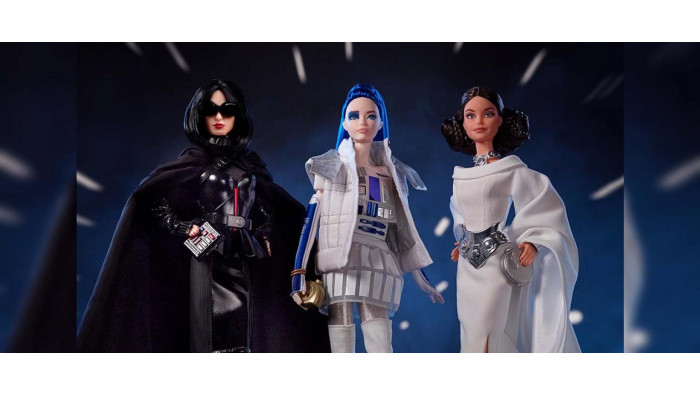 Mattel has revealed its brand-new Star Wars Barbie dolls and they look fantastic.

The dolls have been inspired by the original 1977 Star Wars movie, with Mattel re-imagining the clothes, putting them through a fashion filter.

There's a version of Princess Leia's famous costume, complete with hair buns and a Rebel Alliance purse. Another is inspired by Darth Vader, with a purse designed around his famous chest plate, and the final one is inspired by R2-D2 - this time the purse looks to have been made from the scraps of C3PO.

Surprisingly the is the first time that Star Wars and Barbie have been paired together. This isn't the first time that we've seen some pop culture referencing Barbies, though, as the likes of David Bowie, Wonder Woman and even Jennifer Lopez have all been given the Barbie treatment.

The Force is strong with all-new #StarWars x #Barbie Dolls!

All three Barbie dolls are priced at $100 / £85 and will be released in November, a month before the release of the final film in the Skywalker saga, Star Wars: Episode VIII - The Rise of Skywalker.