It's almost a success. 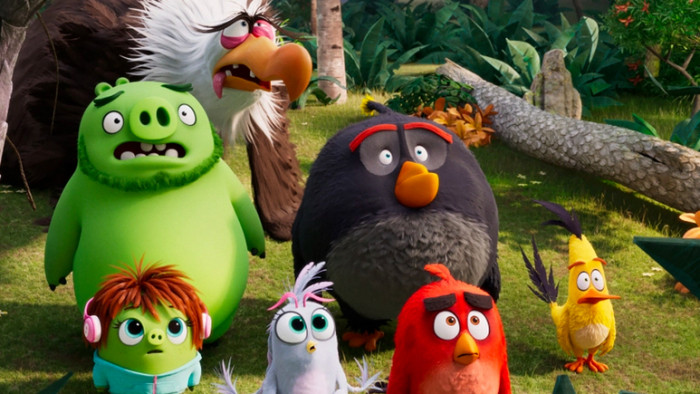 It’s fair to say that most video game movies have struggled to gain praise among the critics. Until now, that is. The Angry Birds Movie 2 has become the highest-rated video game film ever on Rotten Tomatoes with a score of... 73%.

You might be thinking - that’s - the highest scoring ever? The answer is yes. It seems Hollywood has yet to work out how to convert our video game favourites into movie classics - or lowering the bar just a little, even something we would bother to go see on the big screen.
However, The Angry Birds Movie 2 seems to have weathered the storm and with a tomatometer score of 73% (as of writing), and an even better 84% audience score, it has done pretty well. Detective Pikachu follows closely behind in second, with a score of 68% having been released in May.
Though yes, there is also some contention as to whether Angry Birds 2 should even be classed as a video game film, as it is technically based on a mobile game. But for the sake of this article, let’s just say it’s a video game film. Let’s not rip away the glory too quickly.
Released on August 2, the film follows Red (Jason Sudeikis), Chuck (Josh Gad), Bomb (Danny McBride), and Mighty Eagle (Peter Dinklage) who team up with pigs Leonard (Bill Hader), his assistant Courtney (Awkwafina), and techpig Garry (Sterling K. Brown) after both Bird and Pig island are threatened by an emerging danger.
Rotten Tomatoes ‘Critics Consensus’ summary is even fairly complimentary, stating: “Like its non-aerodynamic title characters, The Angry Birds Movie 2 takes improbable yet delightfully entertaining flight, landing humorous hits along the way.”
With these latest success and with Sonic the Hedgehog on its way early next year, perhaps the tide is changing.