Sony PS5 official: 5 things to know about the new PlayStation 5

Sony confirms what we all pretty much knew already. 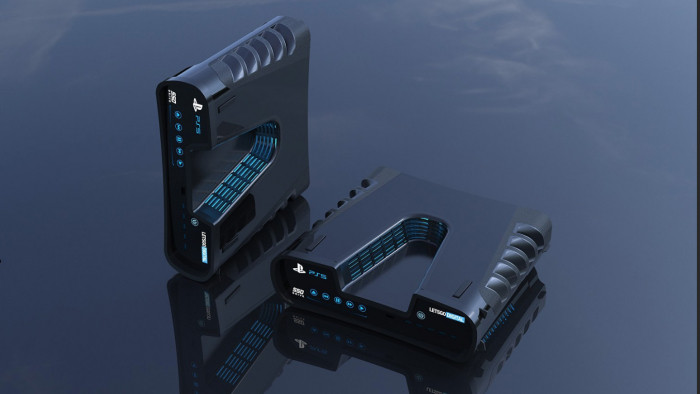 The Sony PlayStation 5 is a real thing and we will see it on shop shelves in 2020. This is stone-cold fact now, as Sony has confirmed that there indeed is a PS5 in the works.

In a blog post, Sony explained a little more about the new console revelation noting that the console will come with a brand-new controller with some new haptic feedback.

It also noted that it decided to give Wired the exclusive about the new console and what to expect when it launches in the fall of 2020.

There's actually not a huge amount of new information but what there is we've boiled down into a manageable list... a shortlist you might say. Ahem.

So, you may well want to hold off on buying that 4K Blu-ray as Sony has confirmed that the PS5 will run discs and these discs will be 4K. That's really good news for those looking to use the console as an entertainment device beyond gaming.

"Physical games for the PS5 will use 100GB optical disks, inserted into an optical drive that doubles as a 4K Blu-ray player," says the Wired piece.

2. Get ready for Ray Tracing

Ray Tracing is a fancy term for rending graphics so the lighting in them looks stupidly realistic. There are some graphics cards out now that offer this, but not really that many games. It's under cooked at the moment sure, but by 2020 we should see a load of games using this technology.

“There is ray-tracing acceleration in the GPU hardware,” said Sony's Mark Cerny so this is a hardware based upgrade not software.

3. Game installations are set for a big change

Game installs are a pain in the proverbial. Sony knows this and is changing the way the installations happen. In the PS5 you will be able to choose a full-fat install or by game mode. So if you just want the multiplayer campaign on a game, then you will be able to install this first then the rest of the game at another time.

4. Haptics are replacing the rumble on the PS5 controller

One of the things the Sony blog goes big on is that the rumble pack is being replaced in the controller with haptics. "We’re adopting haptic feedback to replace the 'rumble' technology found in controllers since the 5th generation of consoles," says the blog.

"With haptics, you truly feel a broader range of feedback, so crashing into a wall in a race car feels much different than making a tackle on the football field. You can even get a sense for a variety of textures when running through fields of grass or plodding through mud."

5. There are also new trigger controls

Sony has also revealed that game devs can now have the ultimate control when it comes to the triggers on your handset. The blog explains: "Developers can program the resistance of the triggers so that you feel the tactile sensation of drawing a bow and arrow or accelerating an off-road vehicle through rocky terrain.

"In combination with the haptics, this can produce a powerful experience that better simulates various actions."

Excited? Well, you have a few months to wait but it's great to know that there will be a new best games console contender out in the Fall of next year.