We won’t be putting up a fight 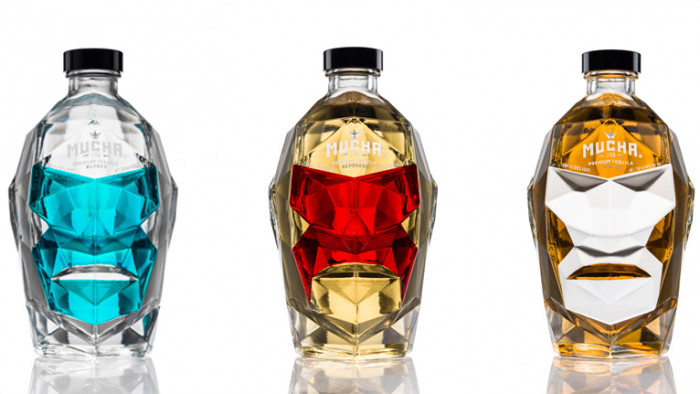 When you think of Mexico, chances are masked Lucha Libre wrestlers and glistening bottles of tequila are the first things to come to mind - well, that and an oversized Mexican sombrero.

Now, with tequila increasingly becoming the tipple of choice for drinkers across the nation, you’ll be pleased to hear that one spirit brand has gone and combined both of those things (sadly, no sombrero); in the form of its wrestling-inspired Mucha Liga range of premium tequilas.

Each tequila comes in a colourful, head-shaped bottle, drawing influence from the famous Lucha Libre masks worn by luchadore wrestlers. If we’re honest, after a couple of drinks, you could probably mistake them for a revamped version of the Power Rangers.

Produced by the Juanacatlan distillery in the La Ciénega region of Jalisca, Mexico, you’ve got London-based drinks distributor Gravity Drinks to thank for finally bringing them to the UK.

The agave (or pina as it’s known) is then cooked in traditional brick ovens for at least 48 hours, before being fermented for up to 96 hours in open air tank before being distilled twice.

The result is their Bravo bottle, a type of blanco tequila. This is then used as the base for the Reposado and Anejo varieties, created by ageing the tequila in barrels for up to 6 months and 18 months respectively.

“It’s no secret that agave-based spirits like tequila and mezcal are on the up-and-up in the UK” Gravity Drinks Managing Director, Matthew Maslin says. “Mucha Liga ticks all the boxes for today’s tequila-lover; it’s traditional, high-quality tequila in a fantastic, eye-catching bottle with a refreshingly modern attitude towards sustainability and gender equality. What’s not to love?”

The brand are also leaps ahead when it comes to female empowerment, with a staggering 95% of Mucha Liga’s employees being women.

Needless to say, we won’t be putting up a fight.

Mucha Liga’s range starts at £42.95 for its Bravo blanca tequila and goes up to £51.95 for its Invictus anejo variety, all of which are available now on Amazon.

The ultimate whisky deals round up - whatever your favoured dram
Alcohol