Matt Groening’s Disenchanted is coming back in September

Return of the Matt 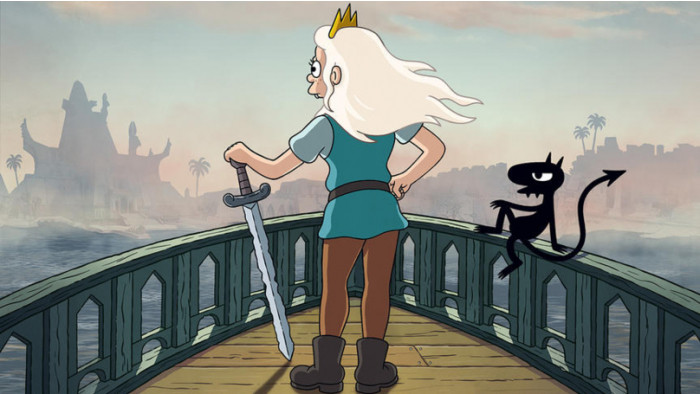 If you were wondering what was going to fill the dragon-shaped hole in your heart once Game of Thrones’ final episode airs, Netflix might just have the answer. It revealed a date for the second season of Disenchanted: the fantasy cartoon from the creator of Futurama and The Simpsons.

Maths told us new episodes were coming, given Netflix originally bought 20 and only ten have so far aired. Now we know when we can dig into the remaining 10. Netflix has revealed the show will be return for its second series on September 20 – 13 months after the first series arrived.

Disenchanted was a pleasant surprise for anyone who gave up The Simpsons as a lost cause. This fantasy cartoon from the brain of Matt Groening is both funny and a nice change of pace from what had come before.

If you watched the first season, you’ll probably have recognised a fair few of the voices from Futurama, too, as it included appearances from John DiMaggio (Bender), Billy West (Fry, Farnsworth, Zoidberg), Maurice LaMarche (Kif, Calculon), David Herman (Scruffy) and Tress MacNeille (various).

We’re on a pretty good run of show announcements at the moment. On Wednesday, Netflix announced new episodes of Black Mirror will arrive next month, and yesterday we heard Rick and Morty would also be making a big return later this year. With Disenchanted completing the streaming hat trick, we’re looking forward to whatever tomorrow’s big announcement is. This is your moment, Frasier...