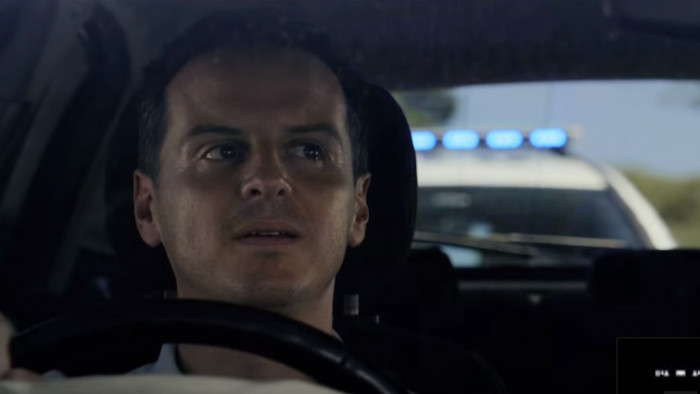 Are you feeling comfortable and content at your place in the world? Good news: Black Mirror is coming back to wipe those relaxed, calm vibes away and replace them with a gnawing sense of existential dread at the speed of progress and the limitations of our collective humanity.

The official Black Mirror Twitter account tweeted the short trailer below to give you a taster of what to expect from series five. But you kind of know that anyway, right?

Expect our relationships with phones, robots and the internet fame economy to come under the microscope in three all-new episodes.

The two-minute-long teaser also gives us an idea of the actors playing characters having their lives destroyed in one way or another. It looks like there are prominent parts for Anthony Mackie – Falcon from The Avengers – and Wrecking Ball singer Miley Cyrus.

Andrew Scott has really gone off both the priesthood and the rails since Fleabag too, judging by the trailer. Or maybe this isn’t a Frasier style spin off. If it is, it’s certainly a bit darker.

As ever, the series will be on hand to make us reevaluate our relationship with technology, before jumping on Twitter to discuss via our £650 smartphones, connected to the world via a constant 4G connection.

Other themes that flash up as words in the trailer: the future, the world, each other, love, privacy, connection, sex, family, work and afterlife. So pretty much everything we hold dear will be stress tested, then. Lovely.

The three new episodes will arrive on Wednesday June 5. Presumably all at once as there’s only three episodes, but it’s possible Netflix will decide to drip feed them for three weeks...