This and That: the 10 best news stories you might have missed 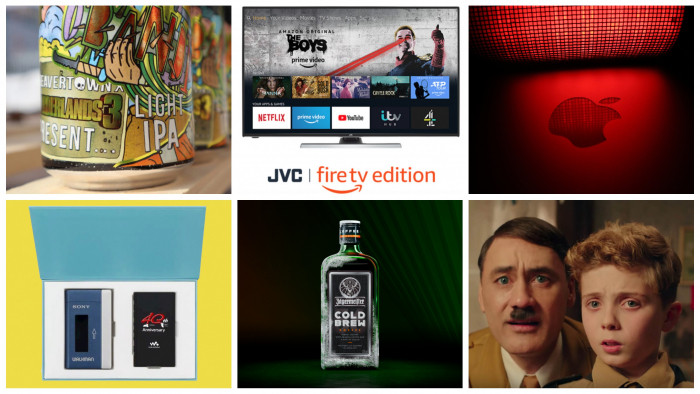 Apple may be prepping for the launch of the iPhone 11, but a new leak suggests we may be getting an Apple augmented reality device after all. Leaked iOS 13 code suggests an AR headset may be being tested, just months after it was claimed that Apple's AR glasses project had been shut down. MacRumors claim the code includes a "STARTester" app that can switch to a head-mounted mode, a "StarBoard" shell for stereo AR apps and code references to special modes, “views” and “scenes”.

Read: Turns out we could be getting an Apple AR headset after all

A new Mystical Unicorn Gin has been launched by cheap alcohol kings Aldi. It is pink, glittery and tastes of candyfloss and marshmallow (what more could you want). The novelty drink is pretty cheap, though, at £9.99 for a 50cl bottle. If flavoured gin is your thing, then Aldi also sells a multipack of six, containing a number of its bestsellers.

Read: This Mystical Unicorn Gin may make you pine for a normal G&T

British beer maker Beavertown has teamed up with the game Borderlands to celebrate the release of Borderlands 3 in the only way they know - with a beer. Bandit Brew is a 2.8% light IPA with flavours of pina colada and citrus. The design is why you’ll want it though, as on the can is Psycho Bandit drawn in the typical Beavertown style. You can pick it up on the same day as the game release, September 13, or pre-order it now from Beavertown’s website.

Amazon is on a mission to take over your living room, as it announces a range of new products including its own smart TV. The online giant has teamed up with JVC to create a television that is completely voice enabled thanks to Alexa. It’s available in three models - 40-inch, 49-inch and 55-inch - and it supports tech such as Dolby Vision. Prices start at just £349 and you’ll be able to buy it from Amazon or Currys PC World when it’s finally released. If that wasn’t enough, they have also launched a Fire TV Edition Soundbar and an updated Fire TV Cube.

The producer of The Mandalorian has revealed Boba Fett will not be in the new Disney+ series. Speaking on Good Morning America, Jon Favreau said: “Boba Fett is not, they're all new original characters. There's a 30-year stretch of story time that hasn't been explored at all except in the extended universe." The Star Wars spin-off show is set to drop on November 12, the day Disney+ launches in the US.

Read: Bad news Boba Fett fans, he won't be in the The Mandalorian

Nintendo is going to be selling a flip case for the new Nintendo Switch Lite, but you’ll need a holiday to be able to get your hands on it. The grey hard case is currently only available to pre-order in Japan for 3,758 yen (roughly £29). The case clips onto the back of the console and has indentations for both control sticks and also a cut away for the charging port (so you don’t have to remove the case to charge up).

Read: This Nintendo Switch Lite case is a must-have… that you can’t have

To mark its 40th anniversary, Sony has launched a retro-inspired MP3 player that looks just like the original Walkman. Though, just be warned, it doesn’t actually play cassette tapes. It does however bring up a screensaver of a tape when you play music. In terms of what it can do, it has a 26-hour battery life, there’s a 3.6-inch display, it’s Bluetooth enabled and has 16GB of storage. Interested? It goes on sale for €440 in November.

The Director of Thor Ragnarok has taken a detour away from the Marvel Cinematic Universe to play Hitler in one of the most anticipated comedies of the year (bear with us). The trailer follows Jojo "Rabbit" Betzler (Roman Griffin Davis) and his friends learning all about the Nazi way, until he finds out that his mum Rosie (Scarlett Johansson) is hiding a Jewish girl (Thomasin McKenzie) in their home. Oh, and of course, Jojo has an imaginary friend who is a dumb version of Adolf Hitler (Taika Waititi). If it takes your fancy, Jojo Rabbit will be cinemas from January 1 next year.

Meet the Beosound Stage - Bang & Olufsen’s first TV soundbar. The company is renowned for its huge range of headphones and speakers, but now it will be adding a pretty impressive soundbar to its mix. Eleven speaker drives are used to create a 3 channel loudspeaker. The craftsmanship will cost you though, as the price starts at £1,250 for an aluminium finish. With a bronze tone aluminium and smoked oak frame also available.

Jagermeister has launched an alcoholic cold brew coffee that is said to be a combination of the traditional Jägermeister recipe of 56 herbs and spices with cold-brewed Arabica coffee and cacao. It also has 10% caffeine and an ABV of 33%. It is best served as a shot chilled to -18C according to its makers, and will be available in selected Morrisons stores from October 1. A 50cl bottle of Jagermeister Cold Brew will cost you £18.