We're a long way from Thor. 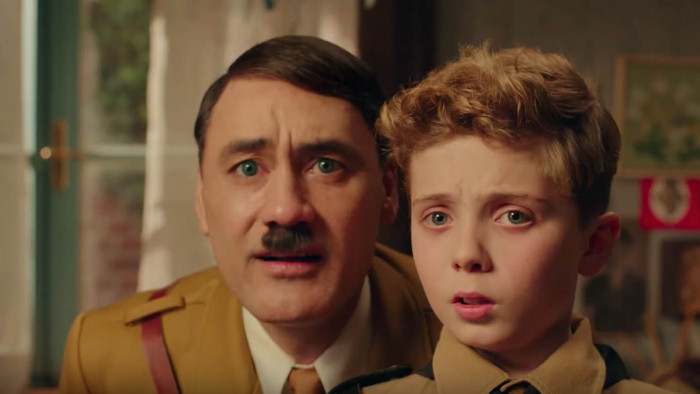 Who would have thought that one of the most anticipated comedies of the year would feature Hitler, WWII and some Nazi japes? But here we are with Jojo Rabbit, the new movie by the brilliant Taika Waititi.

Taking a break from the Marvel Cinematic Universe (he directed Thor Ragnarok and is pencilled its sequel Thor: Love and Thunder), Waititi is more in the vein of the fantastic Hunt For The Wilderpeople, a movie he shot in his native New Zealand.

The trailer sees Jojo "Rabbit" Betzler (Roman Griffin Davis) and his friends learning all about the Nazi way, until he finds out that his mum Rosie (Scarlett Johansson) is hiding a Jewish girl (Thomasin McKenzie) in their home. Oh, and Jojo has an imaginary friend who is a stupid version of Adolf Hitler (Taika Waititi).

In the wrong hands, this could all be insensitive stuff but there's a decent dollop of pathos here, as well as some laugh-out-loud jokes. The cast is star-studded, too - we get glimpses of Sam Rockwell, Rebel Wilson and Stephen Merchant - as well as Johannson as the mum and Waititi as, er, Hitler.

The movie is getting its premiere 8 September at the Toronto Film Festival. It will also be at the London Film Festival 5 October and will be in cinemas 1 January in the UK.