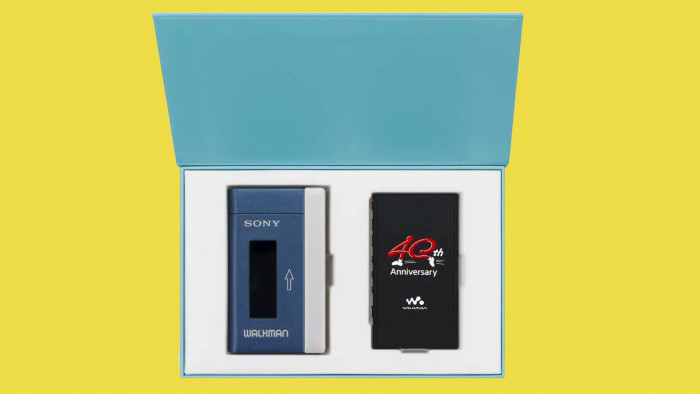 2019 marks the 40th year of the Sony Walkman. 40. Years. This means the Walkman is as old as Jason Momoa, Chris Pratt and Evangeline Lilly. And, yes, we did just Google 'famous people born in 1979' as that is the type of journalists we are.

Sony is celebrating the fact that the Sony Walkman now has flecks of grey hair, a four-pint a day beer gut and can't get up from the sofa without a little groan, with a brilliant retro-looking MP3 player.

And what's so brilliant about it? Well, it's been designed to look like the original Walkman and even though it doesn't actually play tapes, when you play music on it a screensaver of a tape comes up, which you can see through the soft cover of the device, that is based on the original Walkman. On the rear is a logo celebrating the 40th anniversary.

While some may be annoyed that it doesn't actually play tapes (and given tape sales are actually up, because millennials actually like buying these things again), this does feel like a great bit of middle ground for this limited-edition device.

Specs wise, you get 26 hours of battery life, there's a 3.6-inch display and 16GB of storage. There's also a headphone port (obviously) and Bluetooth on board. The whole thing is powered by Android.

The 40th anniversary Sony Walkman goes on sale in November for €440. Until then, head to our best retro games console list.