Aldi is at it again 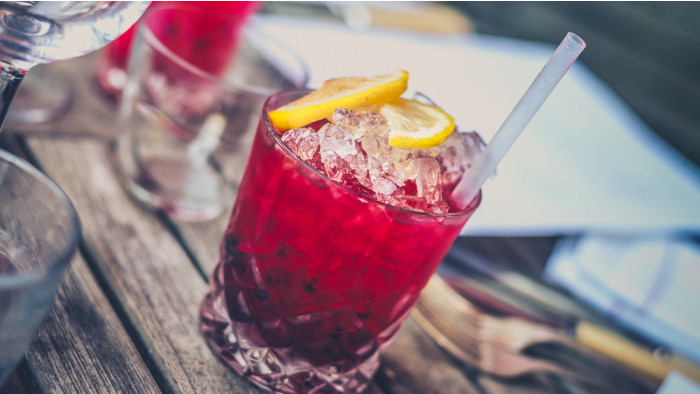 There are all sorts of debates over what makes a good gin and tonic. Should you use a slice of lime or of cucumber? How much ice should you be using? What ratio of gin vs. tonic makes it just right?

Well, add a new question to the list – should you be using Aldi's new Mystical Unicorn Gin?

If you have a sweet tooth, the answer may well be yes. As the name suggests, the gin is an ultra sweet version of the tipple, and is as pink and glittery as that might suggest, too. According to Aldi, it's a pretty standard gin with hints of candyfloss and marshmallow.

"Crafted to perfection in only small batches, this mystical Unicorn Gin Liqueur has delicious flavours of candy floss and marshmallow to transport you to the mystical land of unicorns," Aldi said in a press release to celebrate the gin's birth.

"Be sure to shake the bottle to awake the mysteries contained within."

It also suggests you enjoy it with some lemonade and a handful of blueberries to boot, so it really is one for those of us who prefer the sweeter things in life. Fans are already complaining on social media that the new tipple has sold out in local stores – so it looks like it's set to be another hit for the budget supermarket chain.

You'll be pleased to hear that you won't have to take out a loan to be able to afford it, unlike other specially branded gins. One 50cl bottle will set you back just £9.99 – a pretty good deal if you ask us.

If this doesn't float your boat, Aldi has plenty of other gins to keep you going. Along with a range of normal gins, flavours also include Seville orange and Persian lime, a tutti frutti, passionfruit, apricot and coconut and plum and pink grapefruit to name but a few.

And if you really like your flavoured gins? It also sells a multipack of six, containing a number of its best-selling flavours, for £70.