10 best news stories of the week: The Dark Crystal, iPhone 11 and more

This And That: From a Black Widow makeover, to the iPhone 11 reveal date 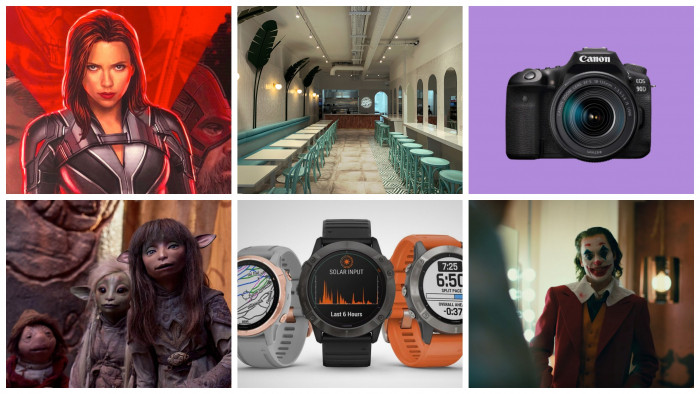 Canon has official announced its new DSLR, and if you ask us the 32-megapixel EOS 90D is a mid-range marvel. It has the capability of recording uncropped 4K videos in full HD quality. If that was not enough, it has been launched alongside the mirrorless M6 Mark II, which contains the same 32.5MP sensor. They also both have both have a DIGIC 8 image processor, an electronic shutter capable of speeds up to 1/16000, built-in Wi-Fi and Bluetooth connectivity, and USB-C. So, whilst the externals have not really changed from their older counterparts, their insides have had some major upgrades.

Formula One’s Lewis Hamilton has launched a plant-based burger chain called Neat Burger. The first restaurant will be opening on Princes Street in London on Monday 2 September. The menu will include three burgers made from Beyond Meat (a plant-based meat alternative), soya-based milkshakes and Toast Ale, a plant-based beer. Not able to get to London? Don’t worry, the team hopes to have an ambitious 13 more sites opening in the next two years.
Read: Lewis Hamilton launches vegan burger chain Neat Burger

The final trailer for the upcoming Joker movie was released this week and it is clear this film is serious about sticking firmly with the comic. It will centre on the life of Arthur Fleck, a budding comic that gets his big break before being humiliated on TV. Joker, which stars Joaquin Phoenix as the Joker, is out in cinemas 4 October.
Read: Final Joker trailer is Taxi Driver and The King of Comedy all rolled into one

The Garmin Fenix 6X is the maker’s first solar-powered GPS watch, and it looks pretty cool. It has been launched alongside the Fenix 6 and 6X Pro Solar, which comes with Power Glass - a transparent solar charging lens that uses energy from the sun to extend the watch’s battery. The Fenix 6 and Fenix 6X are also packed with maps of 2,000 ski resorts and 41,000 golf courses.

Disney Parks Chairman Bob Chapek announced over the weekend that Disneyland Paris and Disneyland Resort in California will both get a Marvel-themed land called Avengers Campus. The first ride will be in California in 2022, and we know one of the rides will feature Spider-Man (a first for Disney). Another attraction will allow riders to fly alongside the Avengers in a Quinjet to Wakanda, and visitors will be able to eat at Pym Test Kitchen - a new restaurant that uses Pym Particles to make food really big or small.
Read: New Avengers, Spider-Man and Black Panther rides are coming to Disney

There is a secret gin bar in London where you can go on a journey through a botanical bank to get two G&Ts, all for free! Simply enter via a secret passage behind an ATM in Bermondsey and get ready to meet some weird and wonderful characters. Best be quick, it is around this week only. Head to the events page to try and bag yourself some tickets.

Read: This ATM is actually a portal to a secret gin bar

Black Widow and The Winter Soldier have been given new looks in the latest posters revealed at D23. Artist Andy Park has designed some brilliant artwork for Black Widow, WandaVision and The Falcon and the Winter Soldier. The latter is set to launch on Disney+ Autumn 2020, with WandaVision following in February 2021.

The iPhone 11 launch date has been revealed after invites for an Apple Keynote were sent out to journalists. The date? 10 September. The date follows in the normal trend as Apple has used that date - or near enough - to announce new iPhone launches for years. There are expected to be three phones revealed: the iPhone 11, iPhone 11 Pro and the iPhone 11 Pro Max.

That Netflix's The Dark Crystal revival

The Dark Crystal: Age of Resistance is out on Netflix now. The 10-episode series improves on the 1982 film by Jim Henson as the audience returns to Thra, the land of the Mystics. Voice stars include Lena Headey, Jason Isaacs, Natalie Dormer and Mark Hamill. Narration is done by ‘Sci-fi Queen’ Sigourney Weaver, making it is a must-watch for any fantasy fans.

Read: The Dark Crystal: Age Of Resistance arrives on Netflix and should be your next binge watch