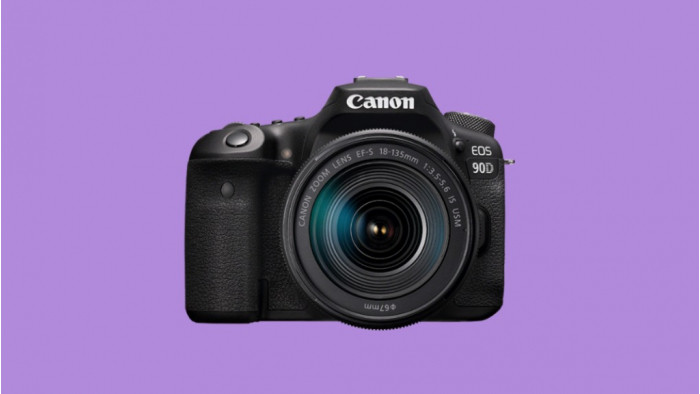 Canon has officially announced its latest DSLR - meet the new 32-megapixel EOS 90D (admittedly, it was leaked last week, but now we have the details).

The 90D means serious business. It has a 32.5MP sensor with the capability of recording videos in 4K and Full HD quality. It said to be pitched at sports and wildlife photographers, as a replacement for 2016’s EOS 80D. But, the 90D is not alone, it has been launched alongside the mirrorless EOS M6 Mark II - an upgrade on the original Canon EOS M6.

The M6 Mark II also has the same sensor as the 90D, and both have a DIGIC 8 image processor, an electronic shutter capable of speeds up to 1/16000, built-in Wi-Fi and Bluetooth connectivity, and USB-C.

And, whilst both cameras have had major upgrades internally, on the outside the 90D admittedly still looks pretty much like every other mid-range Canon DSLR - and the M6 Mark II is pretty similar to the original M6, too. There are a few differences in performance, with the M6 Mark II capable of shooting 14 frames per second, and the 90D 10fps. The 90D is pitched towards sports photographers because they will likely prefer the 90D over the M6 Mark II - despite its extra frames - for its traditional optical viewfinder and 45-cross-type-point AF system. That being said, the main difference is the price. Both cameras will be available next month, and for body-only, the 90D will cost $1,199 (£1,209.99), and the EOS M6 Mark II will be £869.99. However, there are some bundles that could get you an even better deal on the M6 Mark II. A kit with the EF-M 15-45mm f/3.5-6.3 IS STM lens and the EVF-DC2 electronic viewfinder being priced at £1,119.99.