Marvel at these new Marvel rides 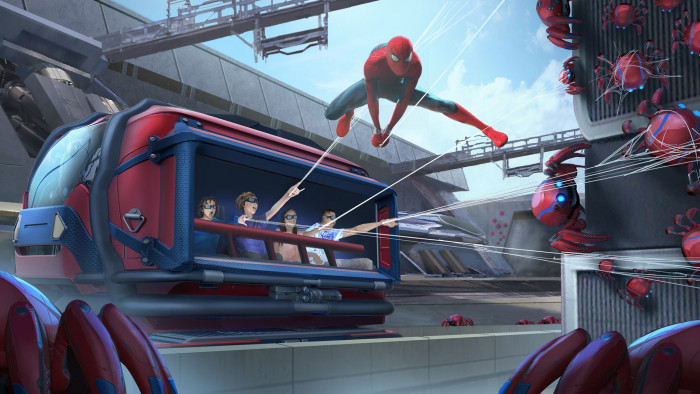 There seems to be a constant flood of Marvel news at the moment - and this weekend was no different.

Speaking on a D23 panel on Sunday, Disney Parks Chairman Bob Chapek said that visitors to their theme parks are going to be seeing a lot more of the Marvel characters.

Most of this will be coming in the form of Avengers Campus, a Marvel-themed land that is coming to Disneyland Paris and Disneyland Resort in California.

You’ll see the first ride in California in 2020, with more rides coming later to Disneyland Paris.

One of the rides will feature Spider-Man - for the first time in a Disney park (though there is already one in Universal’s Islands of Adventure in Orlando, Florida). Those on the ride will be able to shoot webs to help Peter Parker round up Spider-Bots that have got free and are running riot.

The second attraction will also allow riders to fly alongside the Avengers in a Quinjet to Wakanda - though it’s not yet known if this will be a rollercoaster as it is being described as “an all-new ride system”.

Concept art for the Avengers Campus

Aside from rides, there is the Pym Test Kitchen, a new restaurant that uses Pym Particles to make food really big or small - which sounds like a pretty cool to us.

Outside of the Marvel universe, it was also announced that Epcot will be the park to have the first Mary Poppins attraction. The United Kingdom pavilion will get a revamp as the new neighbourhood Cherry Tree Lane is added to make space for the attraction.