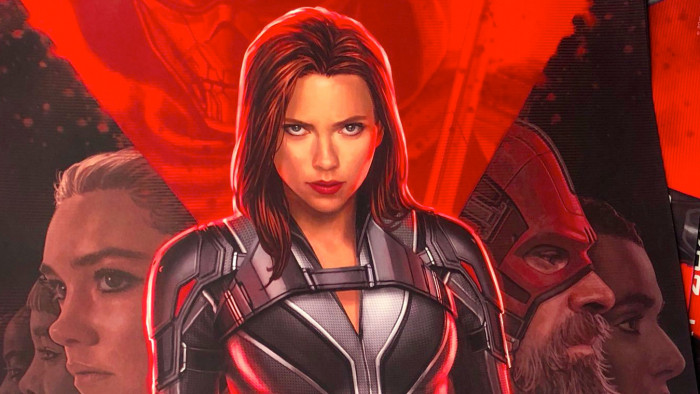 If you’re a Disney fan, then its annual D23 event is probably one of the highlights of your calendar. Much like Comic-Con or CES for gamers and tech fans, D23 is where all the newest trailers, posters and announcements happen – and this year was no different, offering us a glut of exciting new things to look forward to.

First, we saw actual confirmation that Ewan McGregor would be back as Obi Wan Kenobi, Emma Stone looking terrifying and brilliant as Cruella de Vil, and the announcement that that film would take place in 1970s punk London.

Then there were the Pixar films due to come out soon and further details on the new Disney+ streaming platform set to hit our screens any day now.

And, finally, we got some brilliant new artwork for Black Widow, WandaVision and The Falcon and the Winter Soldier.

Created by artist Andy Park, they have an almost 1950s feel – just look at the detailing on the Black Widow poster.

BLACK WIDOW!!! Official D23 poster I had the honor of painting. She’s very near & dear to me since it’s the gazillionth time I’ve concept designed/painted her. What a cast & crew! #BlackWidow@MarvelStudios#ScarlettJohansson@Florence_Pugh@DavidKHarbour#RachelWeisz@DisneyD23pic.twitter.com/fxMOI4fJ5R
— Andy Park (@andyparkart) August 25, 2019

WANDAVISION!!! Official D23 poster I had the honor of painting during the early concept phase of preproduction. This @DisneyPlus show is gonna be something totally fresh.. & weird! #ElizabethOlsen#PaulBettany@DisneyD23#D23Expo#D23Expo2019#Disney+ @MarvelStudios#WandaVisionpic.twitter.com/VJU4p05Pmb
— Andy Park (@andyparkart) August 25, 2019

We all know the story of Winter Soldier, but WandaVision is likely to be a new proposition for audiences.

Starring Elizabeth Olsen, it’s based on a comic of the same name and is likely to see the character leading a double life as Wanda and Scarlet Witch - and if you look closely at the poster's shadows that's exactly what the poster, er, foreshadows.

Disney still hasn’t told us exactly when Disney+ will be available in the UK, but reports suggest it could be mid 2020. We’re already excited.

Need to catch up on the MCU before you watch the new films? Here’s our pick of the best Marvel TV shows