A loving salute to the joy of pub quizzes

Intellectual drinking: does it get any better? 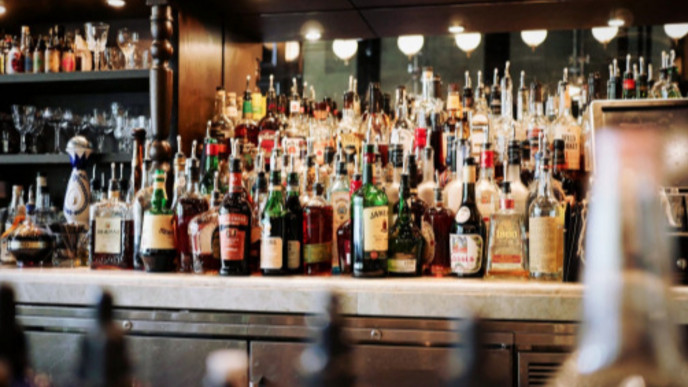 On the face of it, drinking and quizzing shouldn’t go together. Quizzes are partly about remembering things; drinking can help you forget. Quizzes are about accuracy; drinking is about slurring.

Yet every night (well, almost every night – good luck finding a quiz on a Friday or Saturday when pubs don’t need to do any work to get people in), pubs up and down the country fill with people combining their passion for The Drink with their love of trivia.

Pub quizzes are brilliant. They’re the goddamn best. You get to combine being drunk with being clever, argue with your friends over what the capital of Venezuela is (Caracas), how many Saw films there have been (eight), and what the longest football team to contain only one vowel is (Galatasaray, probably?), and potentially even win something.

Pub quizzes happen to some extent everywhere that pubs exist, but we seem to have a particularly enthusiastic relationship with them here in Britain, ever since they were first introduced in the 1970s. In America they’re all weird and called, like, “trivia nights” and some of the people at them aren’t even pissed (in the proper, British, sense of the word).

I’m doing a pub quiz, but no I’m not. Quest, one of those channels you don’t know you have, have just recreated a pub inside an East London studio for Al Murray’s Great British Pub Quiz, a TV recreation of a typical booze/brains mixup coming in March, complete with extraordinarily knowledgeable barman Shaun “Barry from EastEnders” Williamson, an accomplished quizzer with Celebrity Mastermind, Celebrity Pointless, Celebrity Eggheads and The Chase titles under his belt.

The set is impressive, the questions appropriately difficult – identifying the Cornish flag, that type of thing – and apart from the occasional moment of “Why is Barry from EastEnders reciting all the US states?” a pretty accurate replica of a pub quiz. Al Murray makes a good quizmaster, the other team suck ass, it’s all pretty good.

Except there’s no booze. Or rather, to phrase it fully, there’s no MOTHERF**KING booze.

Wasting time on the internet isn’t wasting time if you go to pub quizzes. Those hours of procrastination idly clicking through Wikipedia, IMDb and Sporcle while you could be living your life are suddenly legitimised if they’re how you know something stupid and obscure.

You learn about people, as well. If someone wants to do a team name based on the word “quiz” either sounding a bit like the name Chris or rhyming with the slang term for semen, ‘jizz’, ask them to leave. The world needs no more Quiz Akabusis, Quizteama Aguileras or Quiz On My Faces. If there are ten of you, split into two teams, you dodgy sods. And, of course, the most obvious sign in the world that someone f**king sucks is them cheating, Googling stuff under the table or rushing back from the toilet, the glow from their not-switched-off phone shining from their jeans pocket, the goddamn PIGS.

“They had prop drinks at the last filming,” says Derek star Kerry Godliman, captain of a team consisting of her, me and a dude from a newspaper. “I tried to drink one.”

It’s an enjoyable experience, and our team completely storm it (but don’t get a real prize because it’s just a run-through, we just get to hold a tankard filled with fake £50 notes and it’s kind of upsetting), and it’ll probably be a good show, but it’s not the same, damn it. It looks like a pub – there’s a bar, and pint glasses, and the sort of weird bells and shit that show up in pubs – but we are not drinking. Someone tells me the contestants on the real episodes compete with drinks, which sounds wonderful.

Drinking and quizzing is hella fun. Quizzing without drinking is… work?

“I absorb a lot of absolutely trivial information in my day to day life, information which has no practical use in my professional or home life” says Mat, an enthusiastic quiz-goer. “Pub quizzes are a really fun outlet for that knowledge, and also allow me to be competitive in a social environment that doesn’t involve mud or physical exertion. And, they’re a lovely excuse to get good and pissed on a weeknight.”

His teammate Tom agrees. “A pub quiz provides a bit of structure to just meeting up with your mates for drinks. I already know how your kids are, work is always shit and I’ve seen the new Netflix show you really hated – I quite liked it, actually. So, what better than breaking that up with some trivia and the chance to pay for at least some of the beers you’re going to sink?”

Life isn’t that exciting, especially as one gets older. You wake up, go to work, go home, watch three episodes of a thing and go to sleep again. Work, for a lot of people, is either a perpetually crushing experience or an ongoing exercise in invisibility. But every so often, spotting that a picture is a Photoshopped combination of Dame Judi Dench and Tony Hawk while half-cut leads you to be celebrated, rewarded, hailed as a genius. Day-to-day life can make you feel like a loser, but drunkenly figure out that “Captures the stream” is Snaresbrook in a cryptic TfL round and, for a few precious minutes, you’re a winner.

And that’s the magic of the pub quiz.