James Acaster was the best and worst Bake Off contestant

This has only made him more adorable 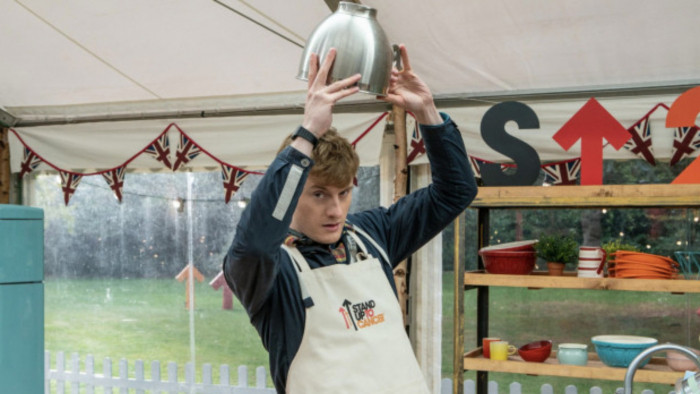 James Acaster is a very good comedian. He has a lot of fans who love his irreverent, strange, genius stand up shows. He has three Netflix specials. He is a regular guest on All Of The Panel Shows. He even has his own food based podcast called Off Menu with another comedian called Ed Gamble.

This week, on Channel 4’s Celebrity Bake Off in aid of charity Stand Up 2 Cancer, Acaster revealed his ineptitude in the kitchen whilst baking a tray of flapjacks that more resembled a soup, and a cream horn that looked like ‘scrambled eggs.’

As predicted, the internet couldn’t get enough of it. Have a look at a summarised version of James’ trauma below;

The internet then fell in love with him and his reaction to his national failure;

This was only his first challenge, the next one was possibly even worse;

In case you’re wondering what Adam (above) is referring to, it’s this…er….creation. For reference, it’s supposed to be a cream horn;

This meme of James presenting Paul and Prue with his flapjack then went viral;

With the man himself even having to acknowledge his new found baking fame;

…and they kept coming…

Fairly quickly people were labelling Acaster the worst baker on the show ever;

…but at least he’s taken it in good spirit, changing his twitter bio to reflect it;

We love you James, but maybe stick to making jokes. And if we ever come round for dinner, we’ll bring the dessert, yeah?