"I heard you paint houses?" Netflix's The Irishman trailer is stunning

De Niro, Pesci and Pacino, together. 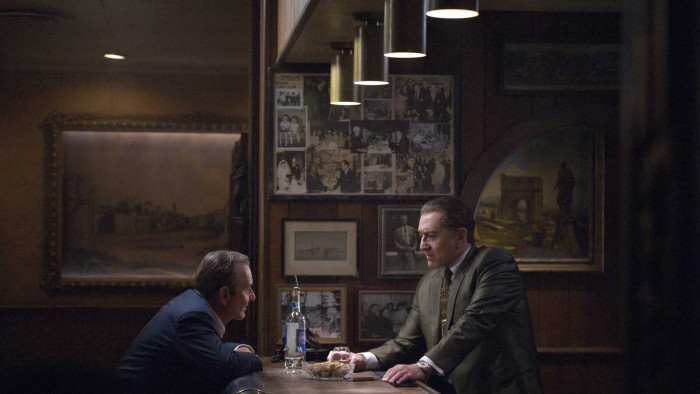 The Irishman was already on our must-see list but now it's gone straight to the top, thanks to this fantastic trailer from Netflix.

Based on the true story of Frank Sheeran a union leader who may also be a hitman. The story was so good that it got Joe Pesci out of semi retirement to star in the movie - the first time he's been on film with De Niro since 2006's The Good Shepherd, which was directed by De Niro.

The movie marks the ninth collaboration between Director Martin Scorsese and De Niro - the last time they were together was Casino in 1995. And if we're talking about collaborations, this is the fourth time Al Pacino has teamed up with De Niro - although they never actually shared screen time on the Godfather Part II.

This the first proper trailer from Netflix is fantastic, ratcheting up the tension and teasing us that the movie will be coming sometime in The Fall. When it does, we're sure it will end up in our best movies on Netflix guide.