GoT fans, rejoice! You can now watch House Of The Dragon for free

The first episode is available to view for free now. 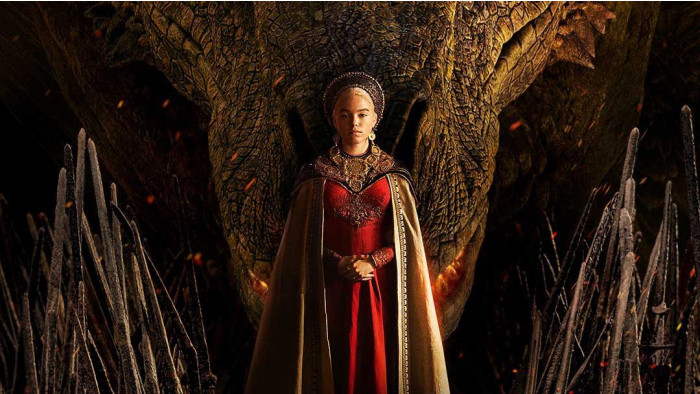 The first episode of House of the Dragon, the prequel to Game of Thrones, is available to watch for free right now.

The show - made by by HBO and distributed to NOW/Sky in the UK - is usually only part of a paid-for service but HBO has made the first episode completely free, offering it up to both YouTube users and through its HBO Max service.

There is a very good reason for this: House of the Dragon launched just a week before another big fantasy show arrived, Amazon's The Rings of Power.

These are two of the biggest shows of the year but HBO will be hoping to entice fantasy fans to its critically-acclaimed series which is set hundreds of years before the events of Game of Thrones and focuses on an impending civil war with the House Targaryen.

The show has already been a success for HBO. It was the best debut ever for the service and a second season was greenlit just five days after House of the Dragon debuted.

Francesca Orsi, the Executive Vice President of HBO Programming, said in a statement: "We are beyond proud of what the entire House of the Dragon team has accomplished with season one. Our phenomenal cast and crew undertook a massive challenge and exceeded all expectations, delivering a show that has already established itself as must-see-TV.

"We couldn’t be more excited to continue bringing to life the epic saga of House Targaryen with season two."

Amazon has already confirmed that The Rings of Power, its The Lord Of The Rings spin-of, is set for a five-season arc and it too seems pleased with the viewership of the show.

In a recent tweet, it noted that The Rings Of Power had the biggest premiere of any Prime Video show, with some 25 million viewers tuning in.

House of the Dragon is part of a proposed big Game of Thrones universe for HBO. Alongside the show numerous others are in development, showcasing myriad characters from the Westeros world George RR Martin has built up.

While the show has been a success so far, it will be going into its second season without one of its showrunners.

Co-showrunner Miguel Sapochnik won't be returning. He will still be making new projects for HBO but will be replaced by Alan Taylor for season 2 who is coming on as executive producer and director.

Taylor is a Game of Thrones veteran and is no stranger to prequels, having recently directed The Sopranos prequel movie The Many Saints of Newark.

How to watch episode 1 of House of the Dragon

If you are in the US and want to watch House of the Dragon's first episode, then see the YouTube link below. If you'd rather watch it on HBO, then head there.

If you are in the UK, then don't panic: NOW and Sky have also made the first episode of House of the Dragon free to watch.