House of the Dragon is so popular, it's broken an HBO record

The Game of Thrones prequel is another winner for HBO. 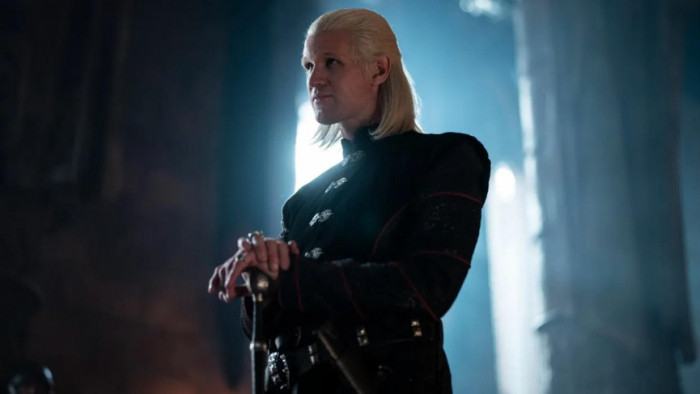 House of the Dragon has had the most watched debut episode of all time, according to HBO, with so many people trying to watch the show HBO Max reportedly crashed when the episode landed on the service.

House of the Dragon is a Game of Thrones prequel, set some 200 years before the events of George RR Martin's seminal A Song Of Ice And Fire book series.

It is one of myriad shows in various stages of production which are creating a GoT TV universe of sorts.

Despite the last season of Game of Thrones disappointing many, and the actual book series still incomplete, it seems that the appetite for the fantasy series is still there, with HBO noting that House of the Dragon brought in nearly 10 million viewers for its first episode, which is the biggest audience it has seen for a premiere in HBO and HBO Max history.

Casey Bloys, chief content officer for HBO and HBO Max, said about the audience ratings: "It was wonderful to see millions of 'Game of Thrones' fans return with us to Westeros last night.

"House of the Dragon' features an incredibly talented cast and crew who poured their heart and soul into the production, and we're ecstatic with viewers' positive response."

In total there were 9.986 million viewers across HBO and its streaming service HBO Max in the US, with many more tuning in when the show landed on Sky Atlantic and NOW in the UK the Monday after.

The show has a way to go to beat the Game of Thrones finale, which clocked in some 19.8 million viewers but it's an impressive start for the GoT spin-off.

According to The Hollywood Reporter, the show was so popular that it caused issues with HBO Max with thousands of viewers unable to stream the show. HBO said in a statement that this seemed to be limited to Amazon device users, noting in a statement: “House of the Dragon is being successfully viewed by millions of HBO Max subscribers this evening.

"We’re aware of a small portion of users attempting to connect via Fire TV devices that are having issues and are in the process of resolving for those impacted users.”

And there was us thinking that dragons and fire were the perfect pairing.

The success of House of the Dragon will be welcomed by HBO Max which is still trying to shrug off the controversy of both Batgirl and a new Scoobie Doo movie being dropped for its slate, despite them both in production.

It's also been confirmed that a Batman animated series, Batman: Caped Crusader, that was set for release on HBO will now be offered to rival services instead.

Fans shouldn't be too worried, similar thing happened to The Sandman which is a Warner property but has been a very successful streaming success for Netflix.