House Of The Dragon review round-up: better than Game of Thrones?

The reviews are in for the GoT prequel. 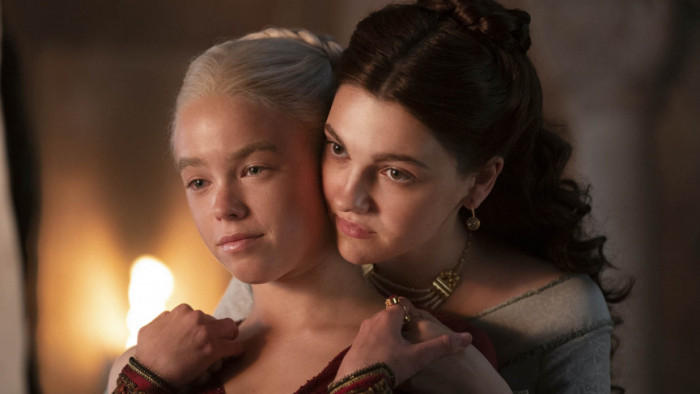 The wait for House of the Dragon, the prequel to Game of Thrones, is nearly over and it looks like the show will be worth a watch, if the initial reviews are anything to go by.

House of the Dragon is set some 200 years before Game of Throne and is based on the Targaryen civil war. The show has been created by GoT author George RR Martin, with Ryan J. Condal and Miguel Sapochnikas co-showrunners. It has a stellar cast with Paddy Considine, Matt Smith, Emma D'Arcy and Olivia Cooke all starring.

While the last series of Game of Thrones somewhat sullied what came before it, there is no denying that the show was a huge success for HBO and the sort of event TV that had the world talking.

Does House of the Dragon live up to this? According to the first batch of House of the Dragon reviews, which are based on up to 6 of 10 episodes watched, it has the scale and grandeur but, for some, doesn't quite hit the high points Game of Thrones did.

Here are what the critics are saying...

The Independent writes: "The highest compliment I can pay House of the Dragon is to observe how much it feels like Game of Thrones. I remember eagerly awaiting the first Hobbit movie in 2012, nine years after the end of Lord of the Rings, only to find a dizzying film stripped of all the earthy charm of its forebear. House of the Dragon looks and feels like Game of Thrones."

The Guardian notes in its four-star review: "All is as it was in GoT’s heyday. Fun, propulsive, looking great and sounding passable. And that, after the bizarrely poor finale to what had been a roaring success of a show, is a relief."

IGN says: House Of The Dragon’s premiere marks a strong, well-cast start to the Game Of Thrones spin-off. This feels very close to its predecessor in tone and content, but immediately establishes a struggle for power around an amiable, weak-willed king, and vivid new characters to fight those battles.

The BBC also gave it four stars, explaining: "It's pure Games of Thrones – just not in the way you remember... This is a darker, more solemn, more sophisticated piece."

EW believes it starts off shaky but improves quickly: "The drama heightens when clear battle lines get drawn. The first introduction of the grown-up characters is flat-out stunning, establishing palpable and sorrowful consequences for earlier decisions... Dragon doesn't soar immediately, but no House was built in a day."

Empire gives the show three stars, concluding its review with: "House Of The Dragon has a lot to prove, and it makes an admirable attempt in its first few episodes. But for better and for worse, it has not escaped the shadow of its predecessor."

The Hollywood Reporter has issues with the show but does note: House of the Dragon looks like you want a Game of Thrones-adjacent series to look, which comes in no small part from the contributions of director/co-showrunner Miguel Sapochnik. Jim Clay’s production design is rich and layered and takes even locations we know to more expansive places.

Vanity Fair is charmed by the show but doesn't think it quite lives up to Game of Thrones: "House of the Dragon isn’t some wholly unworthy thing, merely shadowboxing with the legacy that bore it. The series creates its own boldness, to its credit and detriment... What results is a show that is entertaining in a familiar, nostalgic way, but also one that strains too hard for a sense of weight and grandeur."

IndieWire explains in its review: "The first six episodes set up an intimate yet epic tale of how misbegotten pride, outdated customs, and an obsession with power burned down a long-thriving kingdom… all while enjoying the ensuing ugliness more than they examine its unnecessary proliferation. Pure spectacle and (often icky) soap opera make for intermittently absorbing TV."

House of the Dragon debuts on NOW / Sky Atlantic in the UK 22 August. For the rest of you, it will be on HBO from Sunday 21 August.