Munchies to pair with your favourite beers

Now stocked in supermarkets across the country, it seems craft beer is here to stay. But what should you eat with your tall, cold, crispy pint? We’ve got the best beer snacks you can buy right here.

Of course, beer snacks come in a wide range of varieties so there’s something to suit every taste and every brew.

We’re not talking just your favourite flavour of crisps or plain nuts you’d buy down the local boozer. Those will forever remain a staple of pub life, but there’s so much more out there to try and experiment pairing with different beers - all from the comfort of your own home.

Since the brands in this Shortlist typically have a range of products and flavours, we’re not picking just one to feature. These craft snacks can be eaten at home or wherever you go so get your home bar stocked up and have your bottle opener at the ready. 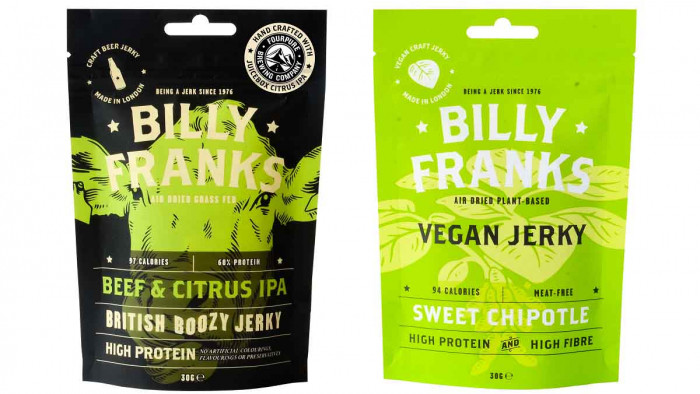 Jerky is a great beer snack but typically contains a lot of sugar, salt and preservatives. Not great if you want to sink a few pints while snacking without your digestive system paying the price. From home kitchen to full time business, Billy Frank makes air dried jerky in a wide range of flavours and ingredients. There’s up to 92% less sugar than some rivals and often twice the amount of protein. There’s loads to choose from including Beef & Citrus IPA (marinated in Fourpure Juicebox), Buffalo Hot Wings turkey and even a plant-based vegan option in sweet chipotle. 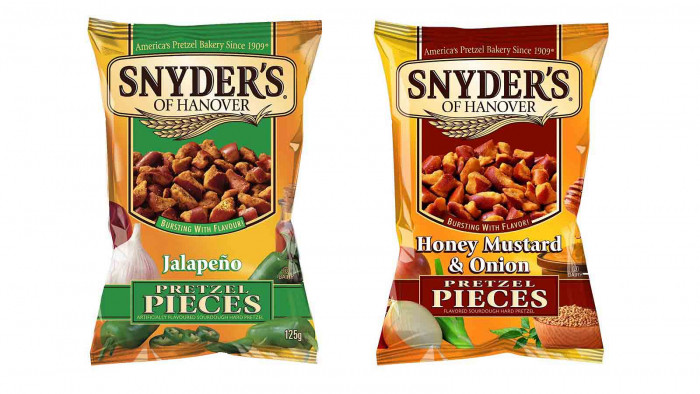 A quick strawpoll on Twitter revealed that Snyder’s of Hanover is a popular choice for beer drinkers. Making pretzels since 1909, the bakery has stood the test of time and we’re the richer for it. It’s the pretzel pieces that are a favourite for beer lovers with their crunchy texture and moreish flavours. Jalapeno is the top dog, but Honey & Mustard and Hot Buffalo Wing should not be overlooked. 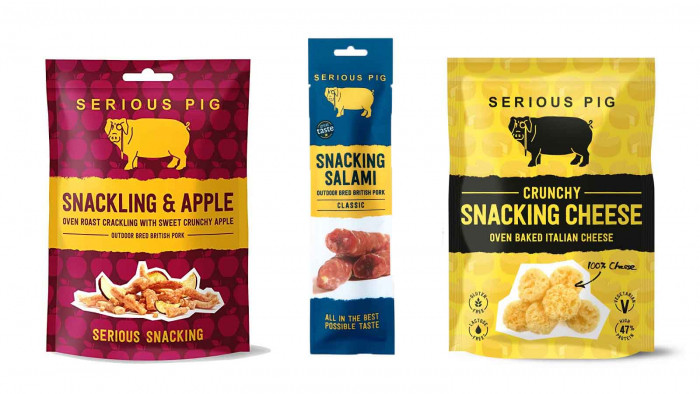 You’ll find Serious Pig at beer festivals across the land, and for good reason. Devised in a Kentish Town beer garden, this is some of the best and most accessible charcuterie around. It all started with a posh salami and now Serious Pig has a huge range of products including the stunning Snackling & Apple. There’s even a range of baked nuts and the very popular snacking cheese, which comes in a new truffle edition. 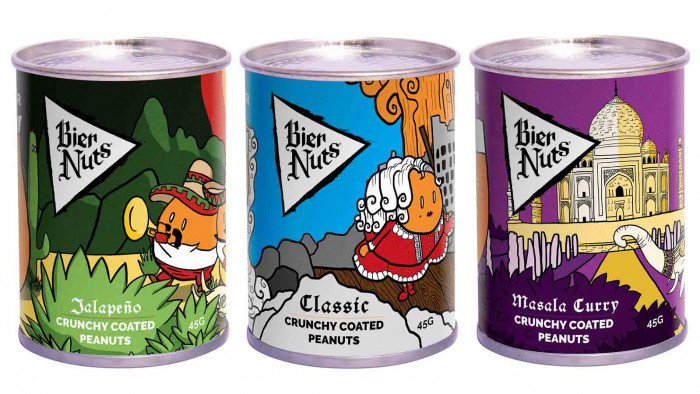 Aiming to recreate the crunchy coated peanuts they found while sampling beer across Europe, Stefan, Tom and Nasko founded Bier Nuts to bring this taste sensation to the UK. There are classic peanuts if you want to stick traditional but be sure to try the Jalapeno and Masala Curry flavours. Not only do these come in handy little cans with delightful illustrations, they are 100% recyclable and plastic-free. 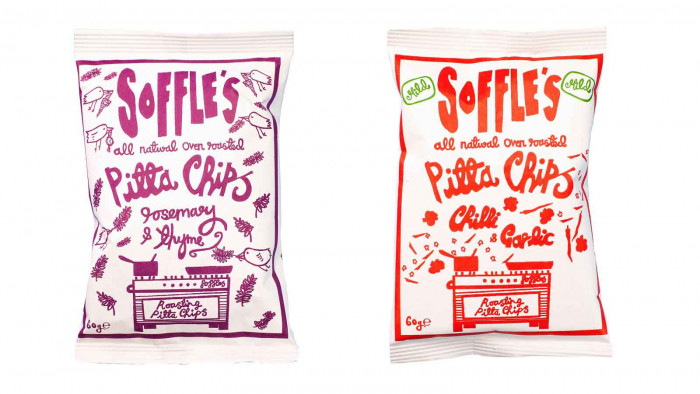 What started as a snack for founder Sophie’s (aka Soffle) arriving dinner guests is now a staple of the craft beer scene. These oven baked pitta chips use only natural ingredients and are a lot lower in fat and salt than your average bag of crisps, while remaining filling. There are a range of flavours available including Rosemary & Thyme, Sundried Tomato & Basil and the original Chilli & Garlic. As well as beer, pair them with dips like hummus and tzatziki for additional satisfaction. 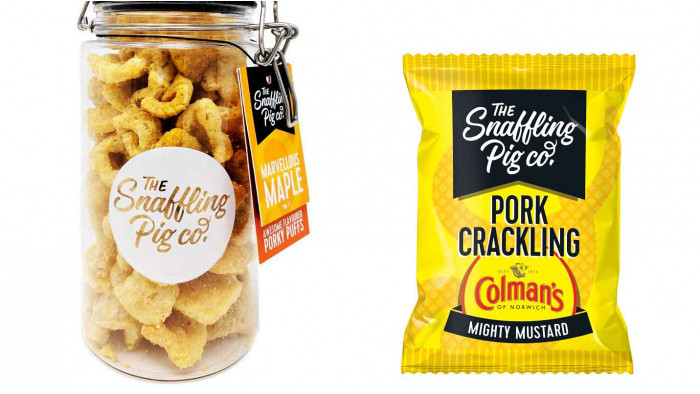 In a few short years, Snaffling Pig has become one of the most recognisable snack brands around. What started as a side project selling pork crackling in interesting flavours to a few pubs has now turned into a huge range of products, including bacon jam and sauces. Crackling remains at the core, but you should also check out the Chorizo Bites and the Porky Puffs. These are a bit like if Quavers were made from pork rind and come in flavours such as Marvellous Maple. 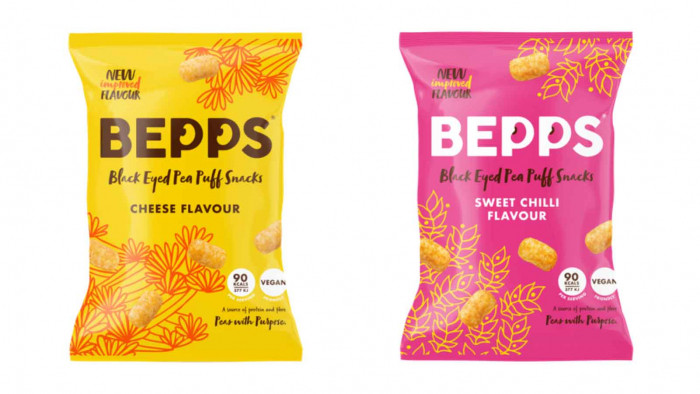 Looking for a low calorie and low fat beer snack that still tastes good? Well Bepps is for you and they’re also vegan. These might look like big cheese puffs similar to Wotsits but they’re actually made from black eyed peas. Although alternatives to crisps and other snacks can contain potato starch, there’s none of that here. They’re 90kcals a bag and are vegan friendly. Most importantly they taste great in Salt & Vinegar, Cheese or - our favourite - Sweet Chilli. 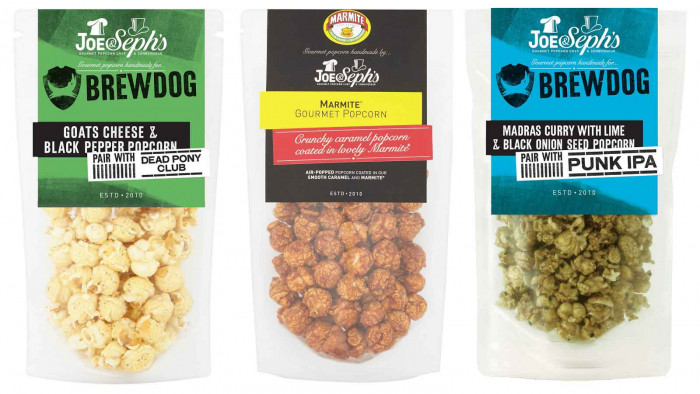 Ok you’ve probably heard of Joe & Sephs, the gourmet popcorn company found in shops and cinemas all over the UK. There’s a huge range including a trio of classic caramel popcorn made with different beers - pale ale, stout and German weissbier. Did you know they make a huge range of savoury flavours though? Interesting flavours are plentiful including Cheddar Cheese & Chili and some are made to specifically pair with BrewDog Punk IPA and Dead Pony Club (Madras Curry with Lime & Black Onion, and Goats Cheese & Black Peppercorn respectively). Also check out the Marmite edition, too. 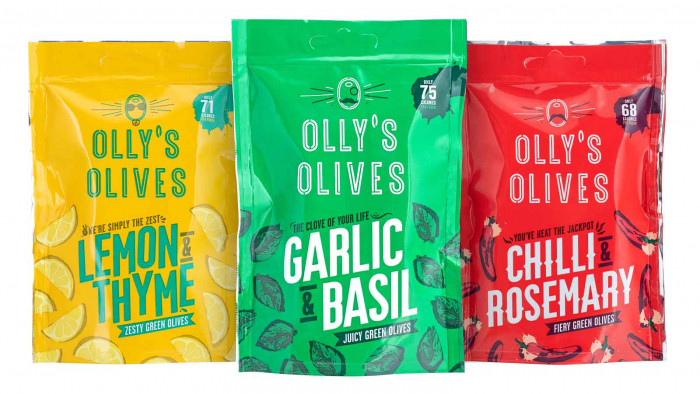 Olives might not be the first thing that springs to mind when you think of a beer snack but you have to try Olly’s. You probably haven’t had olives with beer because of the faff of a jar or mundane flavour, but these come in super handy ready to eat pouches you can take anywhere without the mess. They’re amazingly big and juicy and come in Garlic & Basil, Chilli & Rosemary or Lemon & Thyme. Olly’s even started making nuts, too. 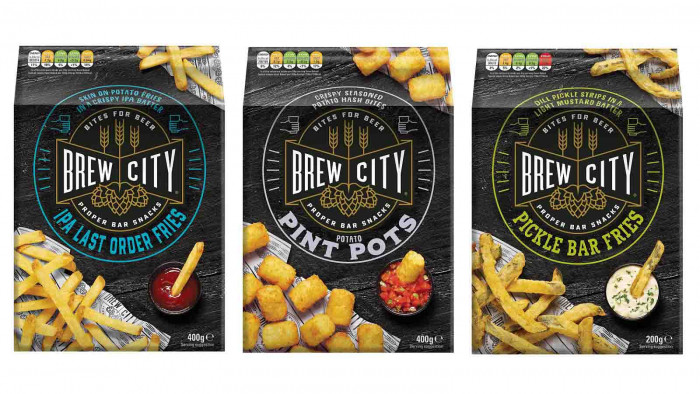 We were apprehensive after seeing the somewhat cheesy TV adverts but the Beermunch range by Brew City (a McCains brand) is worth having in your freezer. Whether it’s a planned session or a sudden hunger pang, Beermuch snacks will do the job and are ready from the oven in just 10 minutes. We particularly like the Halloumi Fries but there are eight others to try such as Arancini Shots, Mac ‘N’ Jack Kegs and Onion Straws - each comes with a beer pairing suggestion.