Craft beer, although without an official definition in the UK, has been on a meteoric rise over the last decade. The amount of breweries and, of course, beers, available has shot through the roof giving drinkers an almost overwhelming choice, so picking the best craft beers has been rather tough.

The scene is more diverse and vibrant than ever before, with breweries across the UK and beyond pushing the boundaries of what beer can be.

So much so that this isn’t some definitive list - we know that’s basically impossible. It’s a list of what we think you should be sampling right now. You’ll find a range of different breweries and beer styles here. There’s something for everyone.

Here at Shortlist, we love a good beer - so, we’ve decided one shortlist just isn’t enough. We’ve now put together a best American beer list to prove there’s more to the States than Bud Light. Over there you’ll find everything from IPAs to Milk Stout, so you’re bound to find a bottle to your tasting.

If you're looking for the whole pub experience, we'd also suggest taking a look at our round-up of 'virtual pubs'. Many drinking establishments are keeping up their weekly pub quizzes and tasting sessions by bringing them online so even more of you can get involved. Some even have beer as prizes (which they will deliver to your door, of course).

And, if you want to know more about the beer-making process, check out the 5 things we learnt about brewing our own beer, when we got the chance to visit Lagunitas brewery in California.

New England style IPAs have become hugely popular in the last year. This is an India Pale Ale but not as you know it.

Unlike Jaipur, it’s thick and hazy thanks to the addition both oats and wheat. The triple dry-hopping treatment means the juicy stone-fruit flavours are not exactly subtle. As the name suggests, you’ll either love or hate it but there’s only one way to find out.

There’s no debating that this is one of the best IPAs around. Jaipur has won over 100 awards worldwide including Gold at the World Beer Awards.

Jaipur tastes great on cask, keg and bottle, and is now available in stunning bright orange cans making it a perfect fridge filler. The blend of six different hop varieties such as Cascade and Centennial give it a big hit of aroma, bitterness and flavour in true American IPA style. 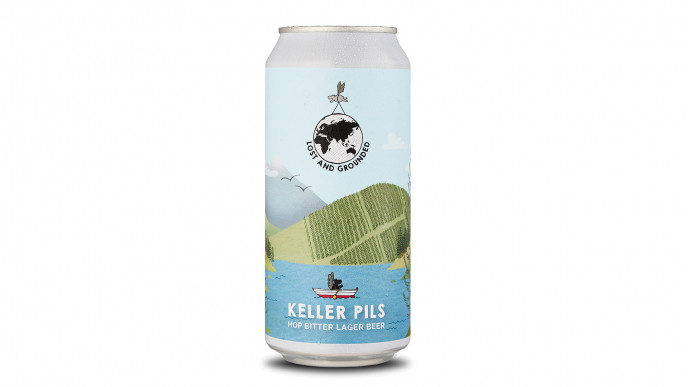 The Bristol-based brewers have created what has quickly become the go-to lager of the craft beer world. A crisp and clean beer that will quench your thirst any time you crack open a can thanks to the expert blend of German pilsner malt and three varieties of hops.

Fun fact: Lost and Grounded's hand-drawn labels make a panoramic scene when you put them all side-by-side.

Now we don’t actually suggest you have this instead of your morning brew, but Broken Dream is a breakfast stout, meaning it has been brewed with oats and coffee.

This is a thick and luxurious beer with a deep and complex flavour. As well as oats, there are six different malts including a smoked variety. There’s also lactose which adds to the body and flavour. 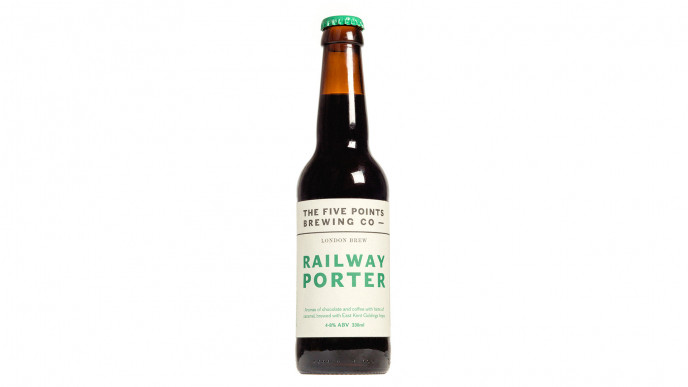 Nestled in the railway arches in Hackney, Five Points is quietly making some of the best beer in the UK.

Railway Porter provides a huge punch in the face (in a good way) of aroma and flavour with more than just notes of burnt toast, chocolate and coffee. Dark and delightful, yet this beer is still somehow incredibly smooth and drinkable. 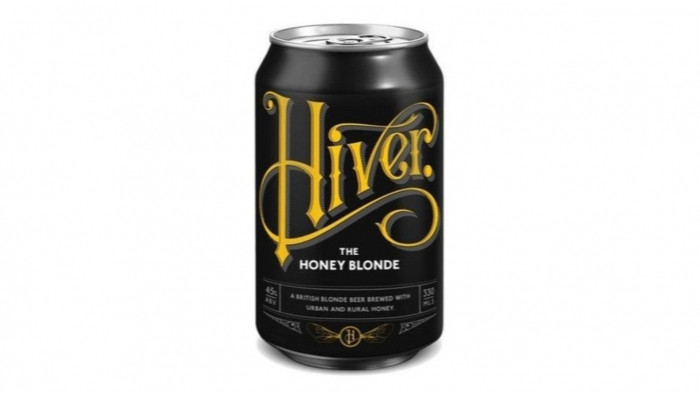 This crisp blonde beer is brewed with three honeys from different locations in the UK; apple blossom honey from Kent, urban London (from London) and Yorkshire heather (from Yorkshire). The result isn't overly sweet but there's definitely a good honey aroma and flavour that comes from the beer. It's award-winning too, having won a gold medal at the World Beer Challenge in 2018. 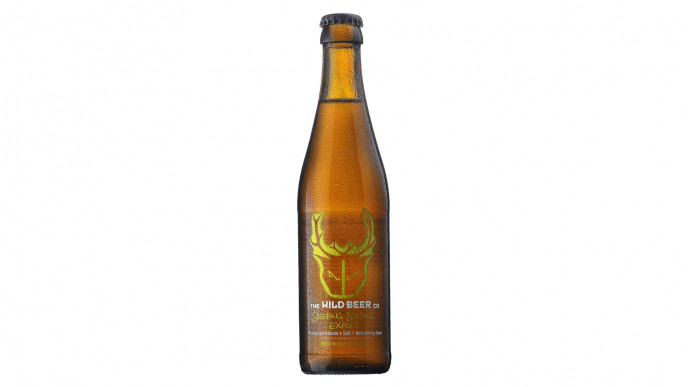 Sours beers are an acquired taste but don’t write them off until you try them. This is a gose, which is a German style typically brewed with coriander and salt.

Wild has taken the style in a Moroccan direction by using the tradition of preserving lemons in salt - there’s also a lime version. You can expect a tart and refreshing experience that’ll go perfectly with fish if you don’t like it alone.

Also look out for the gin inspired by this beer. 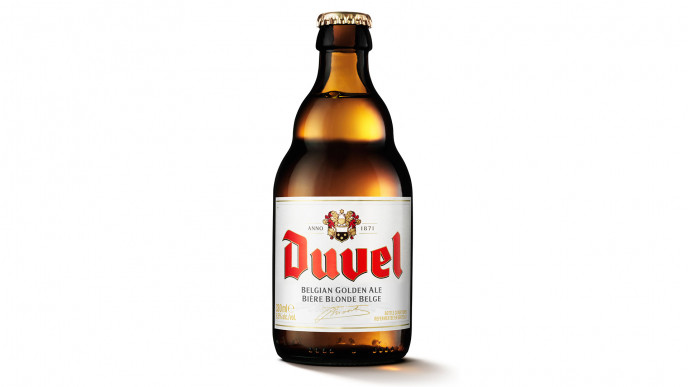 No decent craft beer list is without a Belgian beer and Duvel is a true classic. There are only four places in the UK you can get it on draught but you’ll find it tastes just as good, if not better, from a bottle where it undergoes secondary fermentation.

It’s a strong blonde ale with a fruity flavour and distinctive hop profile. If you like regular Duvel, make sure to check out the Citra Triple Hop version for a modern twist.

You can think of this as a 'pudding beer' but you don't have to have it after dinner. It's silky smooth, chocolatey and moreish with a nice hit of vanilla.

It’s called a milk stout due to the addition of lactose sugar. This gives it a sweet and think texture akin to a milkshake. Well-balanced ingredients make it sweet without being sickly and thick without being cloying. The perfect milk stout. 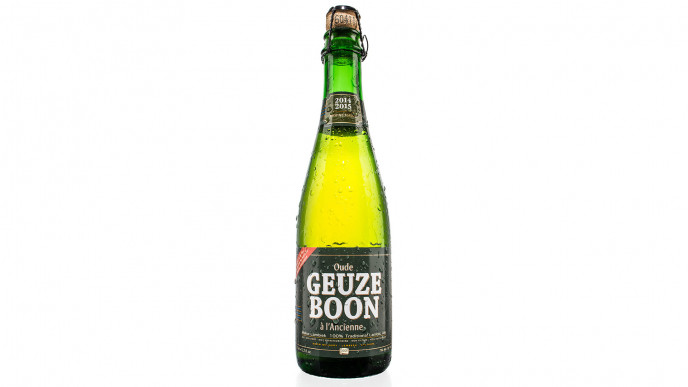 Lambic is not a style for everyone but if you enjoy the sour end of the beer scale then this is a classic.

The style is Belgian and undergoes spontaneous fermentation from wild yeast. A Gueze is made from blending young and old batches together. The sourness here is mellow followed by a long dry finish, giving it a champagne-like quality.

Drinking this beer is considerably more enjoyable than trying to pronounce it. If it seems daunting, try the kriek (cherry) version first. 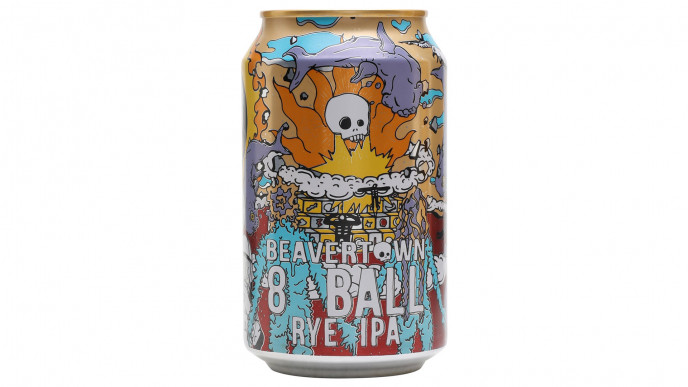 You probably know Beavertown for beers like Gamma Ray and Neck Oil but give 8 Ball a try too.

This is a red IPA, a great middle ground between a darker malty beer and hoppier ones. The Tottenham brewery adds rye to the mash to add a spicy element to the flavour profile.

It was one of Beavertown’s first beers, and named because of the pool balls used to weigh the hop bag down while brewing.