Stranger Things: S4 - get ready for the weirdest season yet

Things are about to get even stranger in Stranger Things. 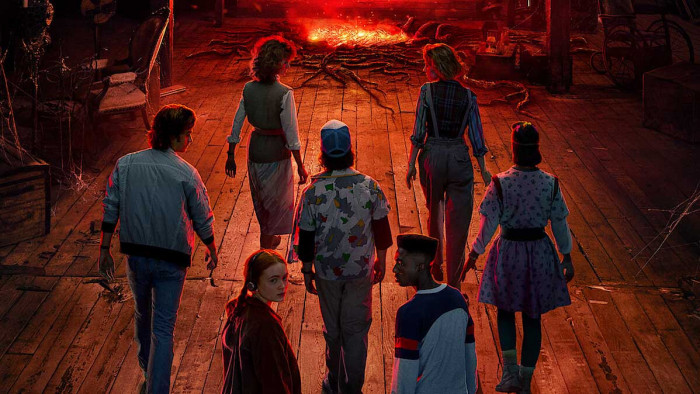 There's not long to wait now for Stranger Things: S4 - the first part of the fourth season will debut May 27. As a recent Stranger Things trailer showed (which you can watch below), this season is going to be a lot different compared to the rest. The group is now split so the action will not just be taking place in Hawkins, while Jim Hopper is in Russia and there's new big bad to compete with.

To add to this, Stranger Things star Sadie Sink (who plays Max Mayfield) has been speaking to People magazine and things are about to get very bizarre.

"It's the most bizarre season we've ever had," says Sink."Just the scale of it is out of this world."

She continues: "We get to explore a lot of different themes and different sides of the characters that everyone knows and loves, so I'm looking forward to it."

The sheer scale of Stranger Things

It's interesting that Sink mentions the scale of Stranger Things: S4. The WSJ revealed last month that it's believed that each episode of the new season cost a reported $30 million to produce. If this is correct then that's twice the price it cost HBO to make an episode of Game Of Thrones.

Stranger Things: S4 couldn't come at a better time for Netflix. Some key shows on the services have ended (Ozark) and it has taken a bit of a hit in its last financials, losing subscribers for the first time.

Stranger Things: S4 heads to Netflix 27 May - here's the official synopsis for the officially "weirdest season yet":

It's been six months since the Battle of Starcourt, which brought terror and destruction to Hawkins. Struggling with the aftermath, our group of friends are separated for the first time – and navigating the complexities of high school hasn't made things any easier.
"In this most vulnerable time, a new and horrifying supernatural threat surfaces, presenting a gruesome mystery that, if solved, might finally put an end to the horrors of the Upside Down."