Star Wars: The Rise of Skywalker script was leaked on eBay

Fancy ruining it for yourself? 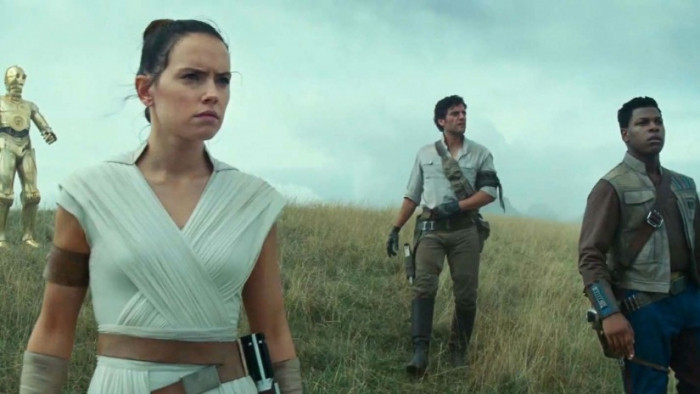 The excitement of a new Star Wars film is proving almost too much to bear – so you might be frustrated to hear that you could have got the chance to read the script before the film was released.

In an interview on Good Morning America, director J.J. Abrams revealed that for a brief time, a script for the film was actually for sale online.

“One of our actors, I won’t say which one, I want to, but I won’t, left it under their bed and it was found by someone who was cleaning their place,” Abrams said.

“It was then given to someone else who went to sell it on eBay.”

Luckily (for them), someone from Disney spotted the script and was able to remove it from the site before it was leaked.

Less than a month to go before the film is released, so the news shouldn't be too devastating – it won't be too long before you'll actually get to see the film. And there are still bargains to be had on eBay – just check our pick of the best eBay Black Friday deals for more info.

If you do fancy seeing some more of the movie, then the first proper clip from the Star Wars: The Rise of Skywalker has been revealed and it features some flying Stormtroopers.

LEGO Star Wars Millennium Falcon
£118.00
Save 20% off amazing Star Wars Lego like this Millennium Falcon set with the code STAR20. Lego never comes cheap, so we appreciate any deal, particularly in this peak Christmas shopping season.
View now at Argos