The enemies are back – and they're in the air 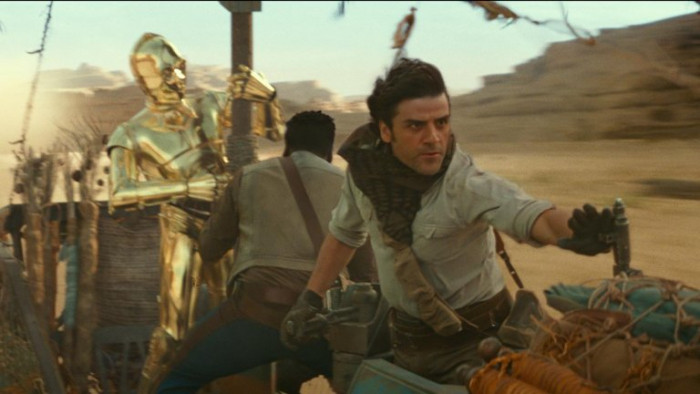 Not long until Rise of Skywalker is out, and in a new thirty second teaser clip we've seen exactly what's in store – and it looks like Stormtroopers are back.

The whole gang – Rey, Finn, Poe, Chewbacca and C3-PO – are there, being chased through the desert by the iconic enemy, who proceed to to take flight.

Check out this clip from #StarWars: #TheRiseOfSkywalker. See it in theaters December 20. Get your tickets: https://t.co/EbJ0vDHKytpic.twitter.com/ZAzp77ZLz0
— Star Wars (@starwars) November 25, 2019

As the Hollywood Reporter points out, these are not the first flying Stormtroopers in Star Wars history: "Jumptroopers" have previously appeared in Star Wars Rebels, and the game Star Wars: Battlefront also features the villains.

We're sure there'll be other updates to iconic characters in the upcoming film; it's out on the 20th December, so not long to wait now. Before then, why not catch up with our pick of the best Star Wars films and get your ranking sorted once and for all?