We’ve been obsessed with it for over 40 years. It holds the Guinness World Record for “most successful film merchandising franchise” of all time. It fundamentally changed what a Hollywood blockbuster is. And we don’t even want to know how many people have Jar Jar Binks tattoos.

Star Wars is arguably the biggest pop culture phenomenon this planet has ever seen - but, like a poignant two-sun Tatooine sunset, its epic 43-year-long saga is about to draw to a close.

Star Wars: Episode IX – The Rise of Skywalker is in cinemas now, and as excited as we are to see Rey go from Jedi-in-training to fully taking down the First Order (or at least, our lightsabres are crossed) the film has a particular significance: Episode Nine marks the definitive end of the Skywalker saga.

Before you watch the ninth movie in the series closing the Skywalker saga this December, here are the best Star Wars movies in the galaxy. So far…

The middle film in the original Star Wars trilogy famously contains the iconic Darth Vader line, “Luke, I am your father” – although in actual fact, that line isn’t even in the film. It’s a misquotation, and an example of the “Mandela effect” – where people remember something so commonly it becomes accepted as universal knowledge, and everyone then shares the false memory. The real line is, “No, I am your father.” Jedi Mind Trick-y, right? 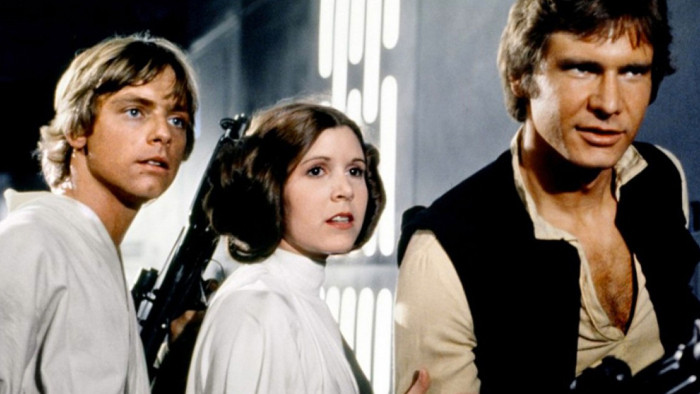 A New Hope is widely regarded as one of the most important films in cinema history, winning seven of the ten Academy Awards it was nominated for. But before the first ever film in the series was released, George Lucas had smaller expectations. He was so sure it would flop, he skipped the premiere to go on holiday to Hawaii with his pal Steven Spielberg instead. It wasn’t a bust though – that holiday together is was when they came up with the idea for 1981’s Raiders Of The Lost Ark. 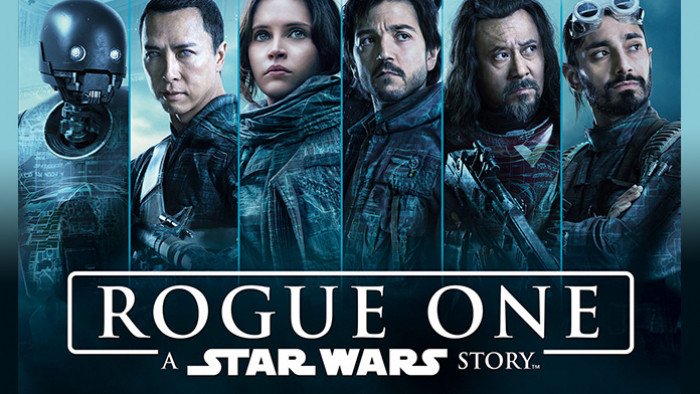 The standalone prequel to 1977’s A New Hope tells the action-tastic story of how the Rebel Alliance actually got hold of those all-important Death Star plans. It features original never-before-seen footage from A New Hope, too. Scenes of some of the X-Wing pilots in this movie, including a call sign exchange, are actually made from deleted footage from Episode 4’s Death Star attack, digitally cut into the modern film. 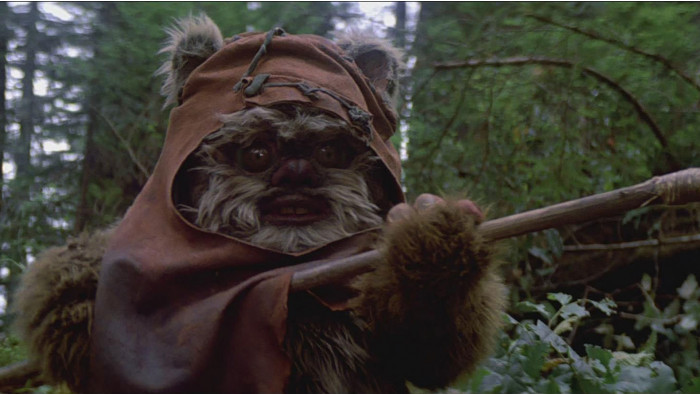 How could anyone hate an adorable Ewok? Turns out, quite easily. Though most of the action set pieces in Return Of The Jedi were met with critical acclaim, the battle between the Ewoks on their home planet of Endor and the imposing Imperial Storm Troopers remains controversial. Just how did the furry little guys armed with sticks and stones beat a full army of the Empire’s supposed “best troops”? They may look like tiny teddies, but they can certainly bite. 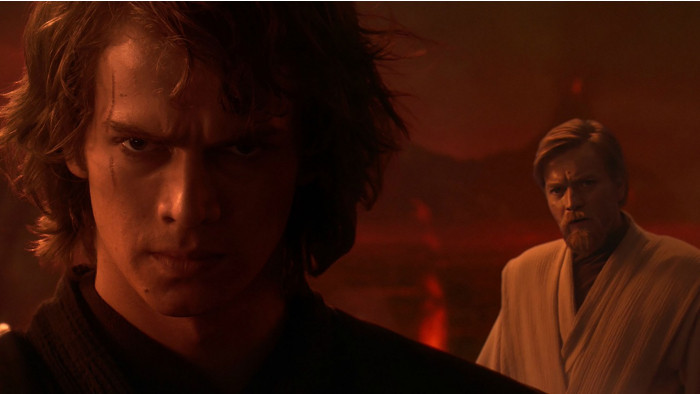 It’s a bar low enough for an unsuspecting Storm Trooper to whack his head off of, but Revenge Of The Sith is renowned as the best film in the Star Wars prequel trilogy. A 10-year-old Han Solo was originally going to appear in the film, being looked after by Chewbacca, during the Battle of Kashyyyk – he would’ve gone on to help locate General Greivous, but the story of young Han ended up later being told in Solo: A Star Wars Story instead. 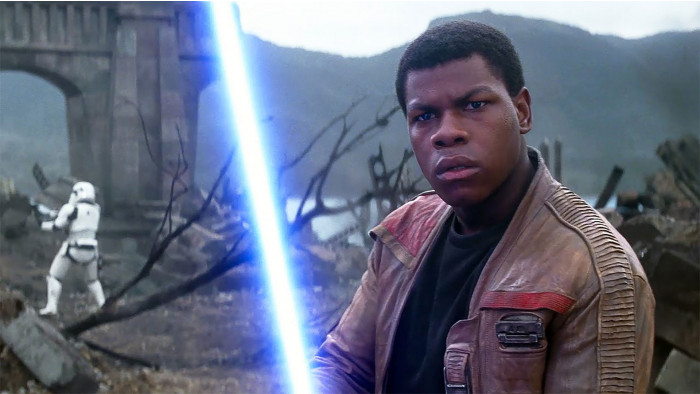 One of the most anticipated movies in human history, The Force Awakens brought the Skywalker saga back to the big screen, thirty years after the events of Return Of The Jedi. It also introduced us to new heroes Rey and Finn. His trooper name, FN-2187, refers not only to Princess Leia's cell in the first Star Wars, but also to ‘21-87’ - a 1964 short film that mentions a ‘Force’, and inspired George Lucas’s creation of the Star Wars universe. 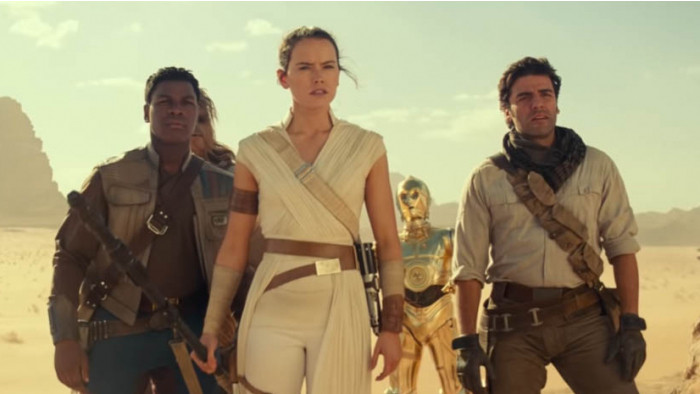 This is it, the end of Star Wars as we know it. The Rise of Skywalker is the final instalment in the nine-film Skywalker saga. Directed by JJ Abrams, it's a fitting end to the franchise (say some) and a movie that panders too much to the Star Wars fans and plays it safe (says others). It probably won't ever rank top, but this is a bombastic movie with a task that's near impossible. 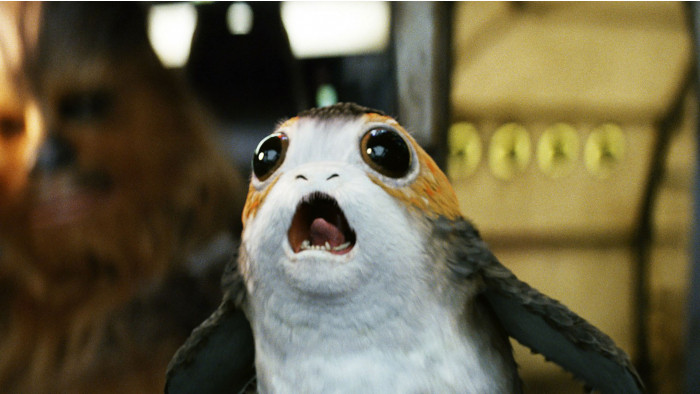 The Last Jedi gave us the most adorable addition to the Star Wars universe: Porgs. But the new, feathered creatures actually ended up in the film to save cash. The Irish island of Skellig Michael, where Luke’s Ach-to scenes were filmed, is home to a protected puffin species which couldn’t be moved for the sake of shooting. Using CGI to turn them into Porgs was simpler and less expensive than having to edit out each bird completely. 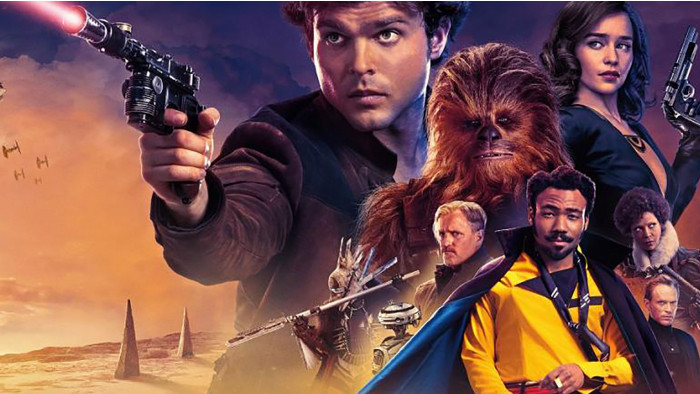 Solo, which stars Alden Ehrenreich as a young Han Solo, ten years before the events of A New Hope, may have been the first Star Wars movie to be considered a box office flop (not helped by the fact it is one of the most expensive movies ever made.) But the film’s writer, Jon Kasdan, has spoken out that he would like to see Han Solo partner with Jabba The Hutt in a future sequel. Now, the casting question we have to have answered: WHO would star as a sexy, young Jabba? 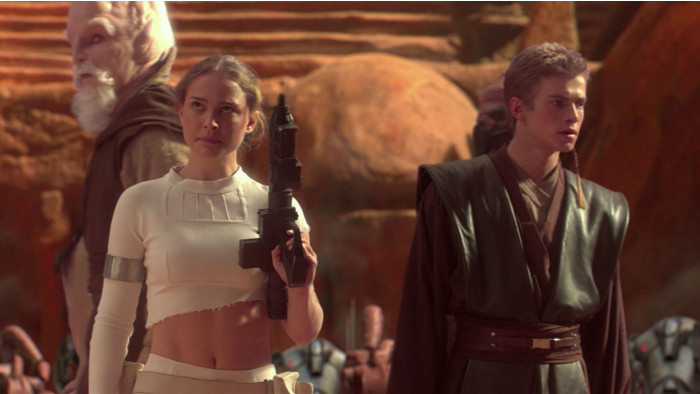 After the animosity towards Jar Jar Binks in Star Wars: Episode - The Phantom Menace, the character’s role was diminished and his comic lines cut down for this second movie in the prequel trilogy. Much to many fans’ relief. However, the controversial character did have a significant part to play in the making of the movie. The working title of the film was Jar Jar’s Big Adventure. Perhaps it’ll be reused for a future Star Wars anthology spinoff. 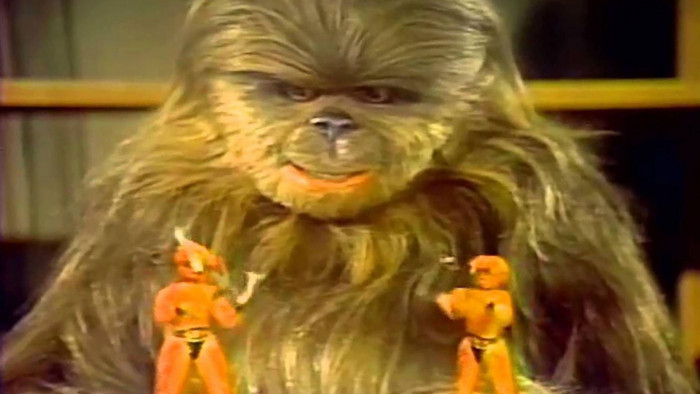 Before Solo and Rogue One, there was this: the first ever Star Wars spin-off film. The made-for-TV Christmas special is an insane combination of 70s-tastic music performed by the band Jefferson Starship, baffling comedy skits, and circus juggling. It stars the original cast, and introduces us to Chewbacca’s family – including his son, Lumpy. It was so awful it has never been rebroadcast and never released on home video, but rumour has it that bootleg copies can be sourced from certain fans who have gone to the Dark Side. It’s still better than The Phantom Menace, though.