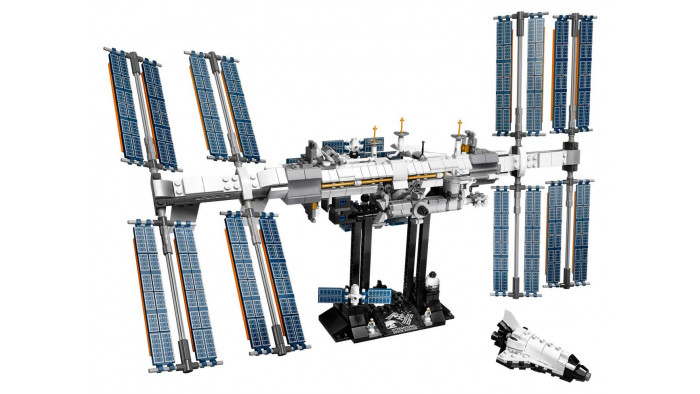 LEGO has created a brick version of the International Space Station which is a feat in itself - but not content with that, they've also launched the thing into space.

Nothing is too much of a challenge for LEGO (just look at the huge 3,898-piece Old Trafford replica they’ve just released) but building a model of the International Space Station before literally launching it into space is definitely a long way from easy-peasy.

Thought up by fan designer Christophe Ruge, LEGO thought there was no better set to create for the 10th anniversary of its customer-led LEGO Ideas - and we can’t help but agree.

Made up of 864 pieces, the International Space Station model has been approved by NASA experts and comes with a detachable satellite (which you launch with a robotic arm), a docking station for shuttles, an access hatch and eight adjustable solar panels.

There are even three cargo ships, 2 astronaut minifigures and a miniature space shuttle, all for the pretty reasonable price of £64.99.

Size-wise, the ISS model is a decent size at 20cm high, 31cm long and 49cm wide but it does come with a display stand so you can really show it off.

An out-of-this-world building experience is coming!

Revealing the set on Twitter, LEGO said it wanted the model to be a salute to “the astonishing feat of human creativity that is the ISS and everyone who has made it possible for people to live in space for 20 years.”

The LEGO Ideas International Space Station is available online from 1 February for £64.99.

It joins other space-themed sets including the Apollo 11 Lunar Lander and Apollo Saturn V, both currently available on the LEGO website.

And, if you want to become the next fan designer (because you have to admit designing your own set would be pretty cool), submit your idea here.