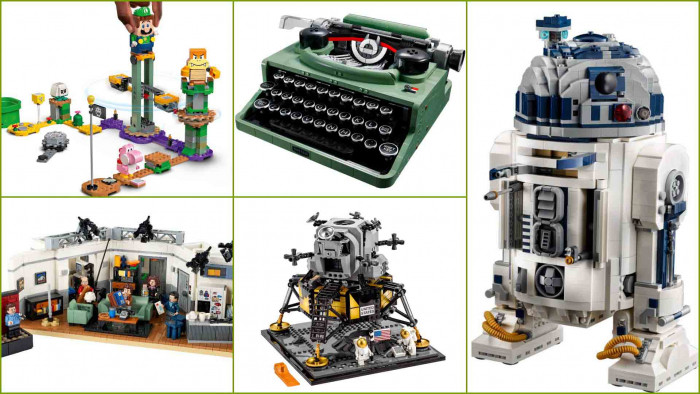 Getting the best LEGO set is one of the few presents that works for five year-olds and 55-year-olds. Proudly place the finished on the mantelpiece or leave the pieces scattered at the bottom of a toy box to one day become something completely different. There are no regrets to buying Lego.

UPDATE:And just like that we have another Star Wars LEGO arrival that may soon make its way on to this best LEGO sets list. Part of the LEGO Ultimate Collector Series (UCS), the LEGO Star Wars Luke Skywalker Landspeeder set is a fantastic recreation of Luke's famous vehicle and will be available from, yep you've guessed it, May the 4th.

However, today we're looking for the Lego sets that stand out, the kits with real stature and personality. We're keeping it real, though. With an unlimited budget you can get hold of one of the discontinued Lego leviathans, like the original Taj Mahal kit.

However, we have hunted down the sets you can still buy at their RRP, not the enthusiast packs only a serious collector would consider.

Upvote the LEGO set you want to see as the best LEGO set, and leave suggestions at the bottom for all-time-great LEGO you think we should add to this shortlist. 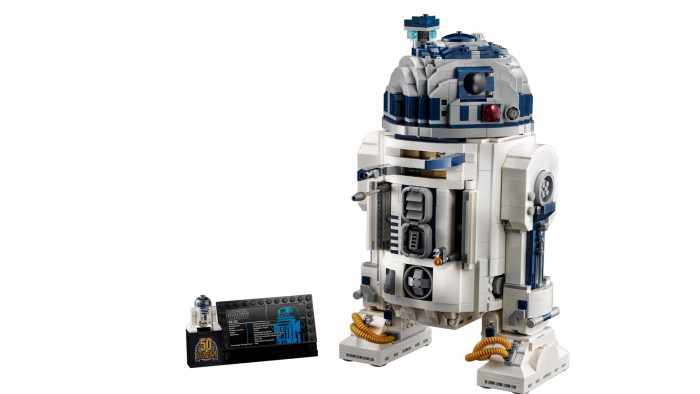 This one took us the best part of the weekend to construct but, boy, was it worth it. Standing tall at 13-inches (31cm), this LEGO R2-D2 is made of 2147 pieces, has a retractable mid leg and even has Luke's lightsaber hidden inside a compartment. Full of the Star Wars flourishes we wanted, this one is a must for fans. 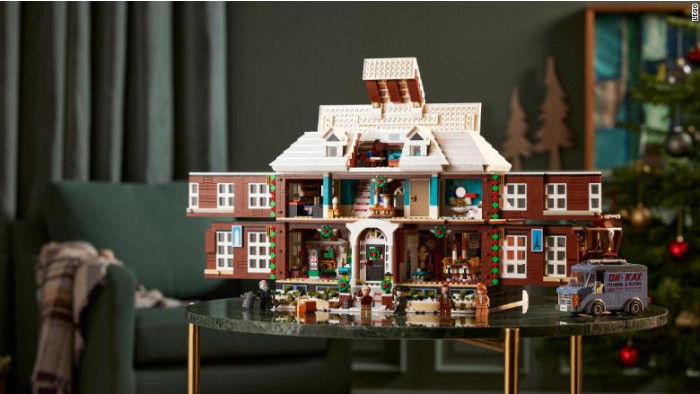 This Home Alone LEGO set that recreates Kevin McCallister's house, complete with some fantastic booby traps, famous moments from the film and other fantastic geeky details. The set uses nearly 3,000 pieces and comes with a number of Minifigures, including Kevin, The Wet Bandits and more! 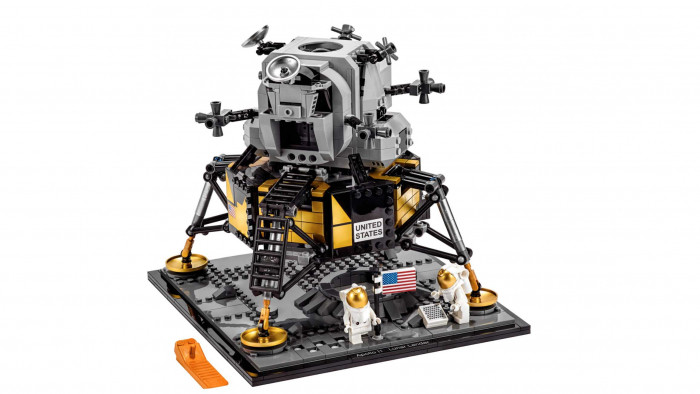 A beautifully presented LEGO set, this recreation of the Lunar Landing is made up of 1087 bricks and was made in celebration of the 50th anniversary of the Lunar landings. There are detachable sections, you can recreate the One Small Step famous moment and it includes two astronaut inifigures. 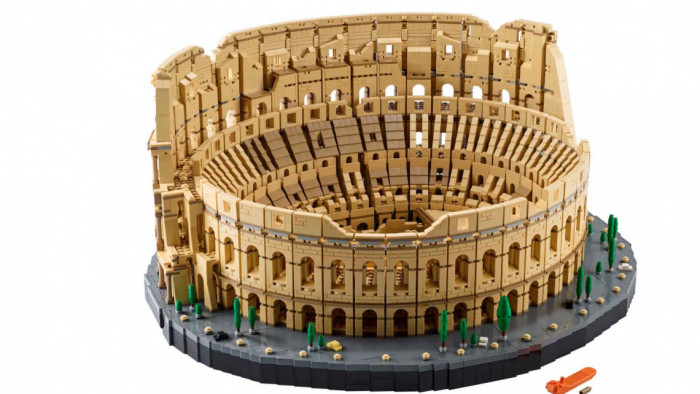 This is the biggest set LEGO has ever constructed and will take a long time to build. In total there are 9036 pieces - all pretty much the same colour - and the set comes with a 360 degree design that shows off the amphitheater in all its glory. 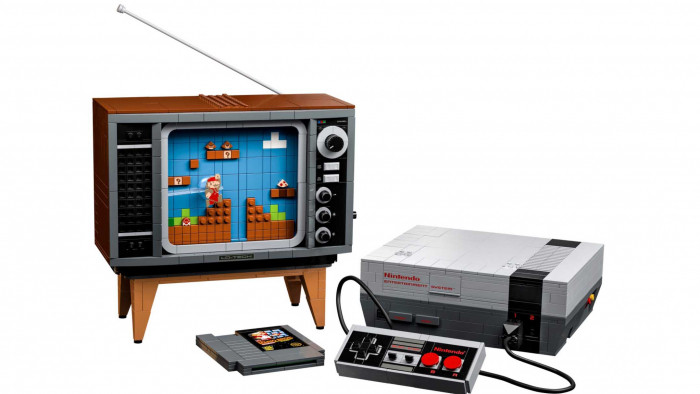 Yes, we have two Nintendo-LEGO linkups in this list but that's because they are so good! The LEGO Nintendo Entertainment System is another fantastic reproduction of something from (our) childhood. Made of some 2646 pieces, the kits is very faithful to the original NES and you also get bricks to make a Game Pak cartridge, too. There are some nice touches, including a TV that has a handle, crank it up and you control the 8-bit Mario on the screen. Lovely stuff 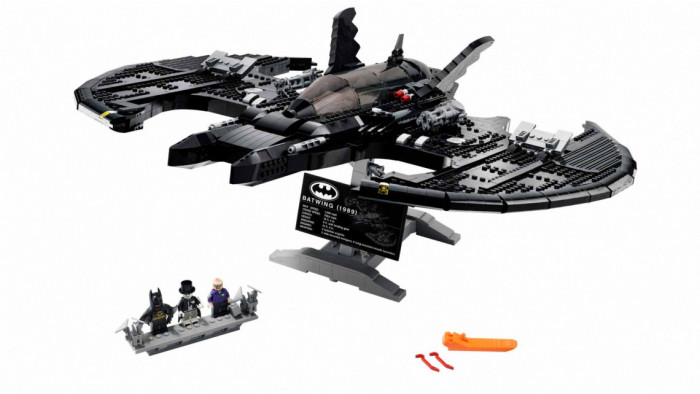 Following on from the 1989 Batmobile, the 1989 Batwing is a stunning LEGO set that comes with 2363 bricks. It's a really good interpretation of Tim Burton's Batwing design. It includes a mounting bracket and three exclusive mini figures. 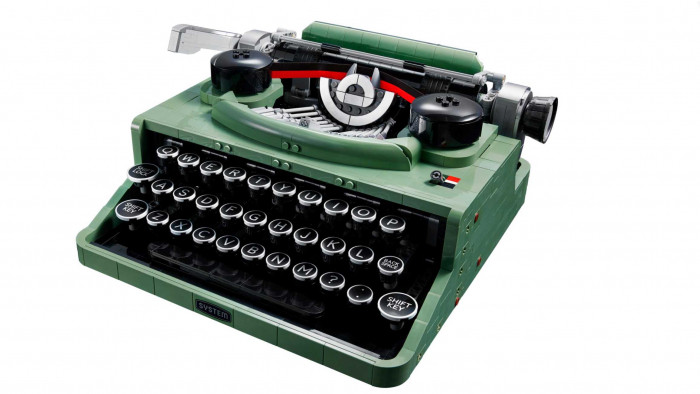 This is a wonderful product, created with fantastic care and attention. The retro typewriter, when assembled, has working keys, with a moveable carriage. There's a place to feed paper into the thing and there is a black red ink spool that can be attached. Another brilliant touch is that the typewriter is based on one that was used by LEGO founder Kirk Kristiansen. 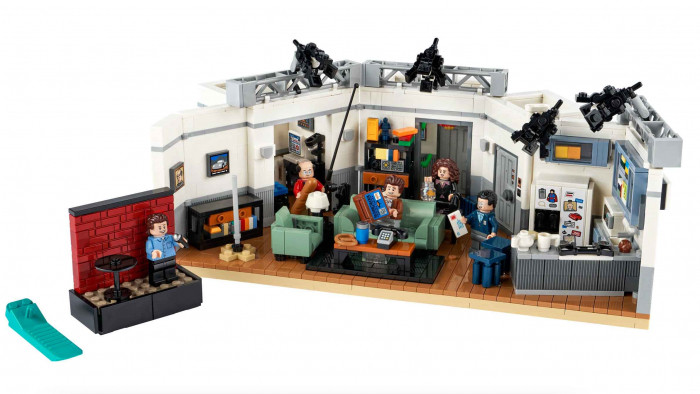 Yes, the Friends set is also available but, for us, it's all about that slap bass intro. LEGO Seinfeld is a gloriously geeky thing, comprising the Seinfeld set, including: Jerry's stand-up stage, Frank Costanza’s and his Festivus pole, Elaine and a goldfish. This one is for die-hard fans who are instantly gifted many Easter eggs from the hit show. 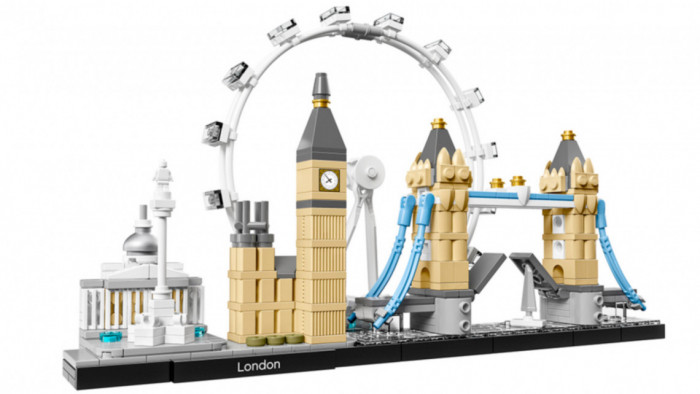 If you're more into realistic scenes than haunted houses or Harry Potter, this is for you. Picturing a beautifully detailed London skyline, you'll build the London Eye, Big Ben and Tower Bridge – it even includes the National Gallery and Nelson’s Column. 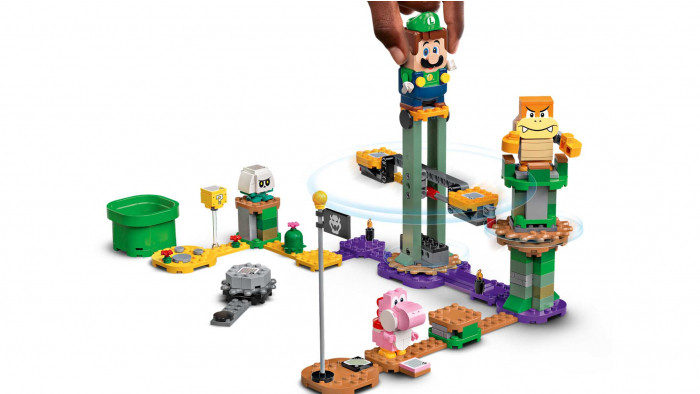 The Adventures with Mario and Luigi Starter Courses are superb. They are interactive LEGO sets that marry the fun of the Mario games with traditional LEGO. Both Mario and Luigi versions of the sets are available. We tried out the Luigi one and it comes with a LEGO Luigi who shows reactions via LCD screens and a speaker, and platforms and blocks to create a course. Building instructions are done through the LEGO app, which adds to the fun. While you only need one kit to start, the magic really happens when you start combining courses.