5 fantastic Lego sets to buy right now, according to a Lego designer

With a few Lego-related secrets thrown in for good measure 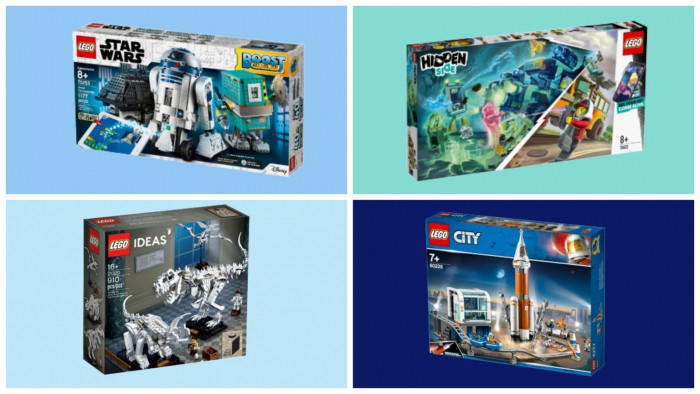 Whether you’re seven or 47, Lego will always provide hours of fun. After all, with six different four-by-two Lego bricks you can build more than 900 million different combinations (that's a LOT of hours of fun).

So, to help us navigate the (slightly overwhelming) world of Lego, we caught up with senior designer Luis Gómez Piedrahita Clausen to talk about what it’s like to work for one of the biggest toy companies in the world.

One thing becomes obvious pretty quick - he loves his job. And, his enthusiasm is pretty infectious, especially when it comes to speaking about what he does best - creating Lego sets.

“We actually design with the bricks themselves. Before arriving at Lego HQ, I thought that there would be some magic computer software to design the toys in,” he laughs.

“But when we get a design brief, we just go into the big library of all the bricks, take a handful and start building like a kid would do it in their room.”

Though, they do have a little help - in the form of a tiny army of child creators.

“We’ll work on any design for months and make lots of different iterations of the same build before then passing it to the kids,” Piedrahita Clausen explains.

“We have children coming to the office almost every week, and they just play with the different prototypes so that we can get feedback from them about whether they like it and understand how all the parts work.”

But with 75 billion bricks sold globally each year, how do you know which sets are worth the money? Ask the man who helps design them, of course.

These are the best Lego sets around at the moment, according to one of the designers behind them.

“We are, of course, trying to innovate all the time and trying to think of different ways for kids to play. With Hidden Side, you go through the process of building your Lego set and then you also have your phone, on which you can download an app, and scan the set to get a new background using AR (augmented reality).

“You go on different missions where you hunt ghosts, look for clues and scan all the different minifigures. It’s a cool new way to merge the digital and physical experience.

“It’s based on two teenagers called Jack and Parker and with Hidden Side, boys and girls are given the chance to be them and explore the town looking for ghosts.”

“We have just launched Lego Boost with Star Wars. We’ve created a Droid Commander set and you use your phone or iPad with it to follow the instructions to build these droids from the Star Wars universe.

“You get to programme them and it’s a really cool to integrate the iPad with the traditional Lego sets. And of course, it’s Star Wars and robots, which all the fans like.

“Plus, with Lego Boost you get the chance to code. It’s a new way of coding for kids that is not intimidating because it doesn’t feel like programming, it’s just playing with this super cool toy.”

The Batcave from Lego Batman Movie

“I also worked on the Lego Batman movie for which I designed the Batcave. It’s a really cool set where you have a rack with the different costumes for Batman to put on and there’s also two different vehicles including Penguin’s Duckmobile.”

“This Lego set was created through Lego Ideas, which is a really cool concept because we get all these Lego enthusiasts who propose these ideas.

“We then get to develop it with them. It’s been very successful and it attracts a lot of adults as well as kids.”

“Right now, we have a really cool campaign with NASA. We are launching a moon launcher and a range of other space-themed Lego sets.

“They are super cool because they celebrate all this space exploration. There is a real trend to explore space and science-based ideas. It’s definitely one of my favourites for this Christmas.”