Another cult Netflix show is canceled, despite being renewed

Netflix is at it again, deciding not to go ahead with another of its shows. 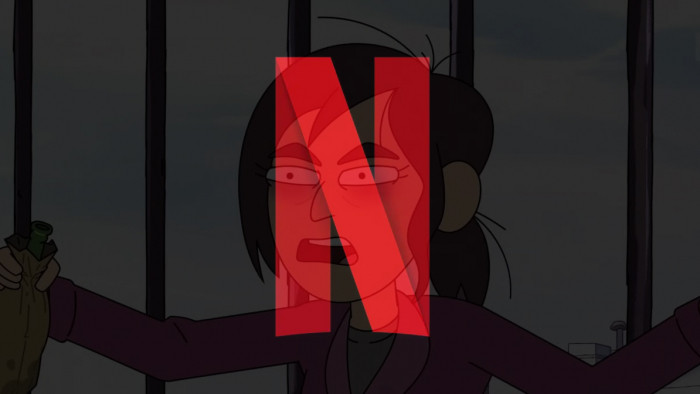 We may only be a week and a bit into the new year but there's already news of another Netflix cancelation. This one is a little different to the many we have heard about over the last few months - it's for a show that was already renewed for a second season.

Inside Job is a fun, frantic animation series by Shion Takeuchi and Alex Hirsch who both worked on Gravity Falls before it.

Inside Job was a top 10 hit for Netflix and has a fantastic premise: all of the world's conspiracy theories are true and there are a number of secret organisations whose job it is to keep this under wraps. It was a lot of fun in an X-Files spoofing sort of way and up there with the best canceled Netflix shows.

Lizzy Caplin and Christian Slater both starred, as did cartoon king John DiMaggio and Tisha Campbell.

This cancelation comes a surprise as the second season was confirmed at Netflix's Geeked Week back in June. Geeked Week is a five-day virtual event celebrating all things Netflix. Another show which featured heavily in this showcase was 1899, the big-budget series by the creators of one of the best mystery TV shows, Dark.

1899 was another to be canceled recently, with the news of this show's demise arriving early January.

Netflix doesn't seem to be a fan of animation right now, which may be one of the reason's for Inside Job's demise. It was revealed back in April, 2022, that a number of animations were not going ahead - including an animated version of Fantastic Mr Fox.

The news comes after Netflix revealed the renewal of one of its biggest hits of 2022.

Wednesday will be getting a second season and, despite the rumors that it may go to rival Prime Video, will be streaming on Netflix.

As for Inside Job, show runner Takeuchi broke the news of the cancelation on Twitter.