Netflix's Geeked Week gets off to a fantastic start. 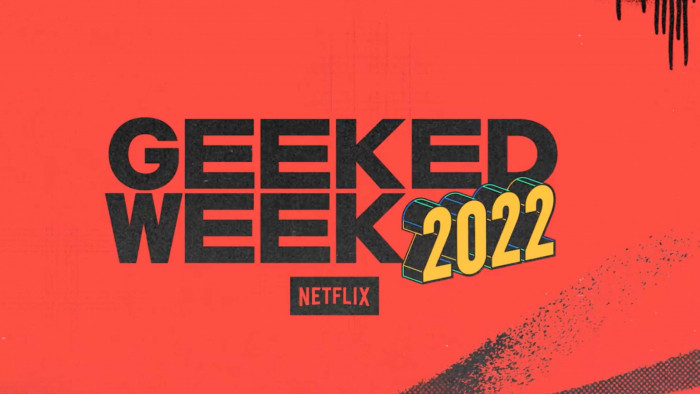 Netflix has just revealed a slew of new teasers for its upcoming slate of shows - and there is a lot to get excited about.

The new teasers are all part of Netflix's Geeked Week, which is a packed week of new announcements, trailers and more.

Although today was its first day, we saw a number of big new reveals of shows which are set to hit the streaming giant in the coming year.

These are the best trailers that were revealed on Day One. Here's what we got...

One of Netflix's biggest upcoming shows is a live adaptation of Neil Gaiman's seminal graphic novel, The Sandman - which is one of our picks of the best adult graphic novels of all time.

We finally get a The Sandman teaser and release date for the show which will be arriving 4 August.

Tom Sturridge stars as Dream, while Vivienne Acheampong is Lucienne, Boyd Holbrook is The Corinthian and Jenna Coleman is Johanna Constantine.

The Sandman trailer is stunning, packed with imagery ripped from the comic books.

A new Resident Evil trailer was also shown off. This live adaptation of the horror game is a show that will take place before and after the zombie outbreak. From what we have seen, it takes a lot of its inspiration from the first game in the series. Personally, we would love to see a show do a deep dive into the latest game, or something set in the Spencer Mansion, but this one does look intriguing.

Ready for a first look at your next obsession

From the creators of DARK comes 1899, a mystery-horror series about a group of European migrants whose journey to New York turns into a nightmare when they come across another ship adrift on the ocean #GeekedWeekpic.twitter.com/hv05alrQcD
— Netflix (@netflix) June 6, 2022

This one looks stunning. 1899 is by the makers of Dark and it is a mystery horror series set at sea. Its plot focuses on a steam ship that sets sail form England to New York with everyone looking for a new life on board. On the journey, though, they encounter another ship that brings a whole lot of nightmare fuel. It reminds us of The Terror and we can't wait to see more of this one.

We can't wait for this one. Guillermo Del Toro's Cabinet of Curiosities is an eight-part horror anthology that features eight unique horror stories from esteemed auteurs like Jennifer Kent (The Babadook), Catherine Hardwicke (Twilight), and Vincenzo Natali (Cube).

Mike Flanagan's newest series is based on one of Christopher Pike's most iconic novels.

Mike Flanagan is back with a new horror series. The Midnight Club is based on the Christopher Pike novel and is based in a hospice where a number of terminally ill patients tell scary stories to each other. This first look is chilling and we have high hopes for this one, given its by the maker of The Haunting Of Hill House and Midnight Mass.

There was a very brief but fun teaser of Wednesday. the Addams Family spin-off, with Jenna Ortega as Wednesday Addams. The series is set to be directed by Tim Burton who is also acting as showrunner.

The passengers of Flight 828 don't know what's about to hit them.

The fourth and final season of Manifest gets a brand-new trailer. The show was revived by Netflix after being cancelled by NBC and is about a flight that reappears some five years later after being presumed missing.

Netflix's Geeked Week is happening all week, so we will update you on new trailer if and when they land.