You need to watch these TV series for twists, turns and puzzles to solve. 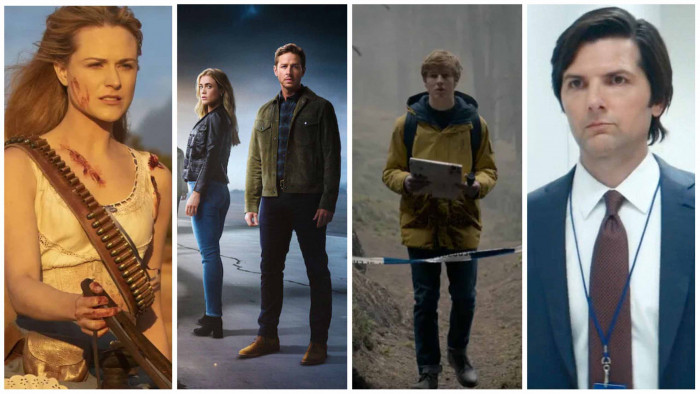 There are loads of drama TV shows and fantasy series you can watch. But often, the most engaging, the ones you can’t turn off and say “just one more” about at 3am, are the ones with a good mystery. And there are several brilliant mystery TV shows we recommend, from cult classics that landed in the 90s to the latest and greatest boxsets streaming right now.

A good mystery TV show will keep you guessing, with twists, turns and puzzles to solve – or at least try to solve. Whether it’s a whodunnit with dark comedy or a more strange and sci-fi-laden mystery, this list should have you covered.

Some TV shows, like The X-Files, throw a mystery your way and resolve it within each episode. Others have deep dark mysteries lurking throughout the series, like Yellowjackets and Dark. These shows bring edge-of-your-seat tension to every episode often with some of the most exciting (and at times frustrating) cliffhangers.

Let us know if we’ve missed your favourite mystery TV show from our list by adding it in the comment box below. And be sure to vote for the best TV series, so your favourite rises to the top. 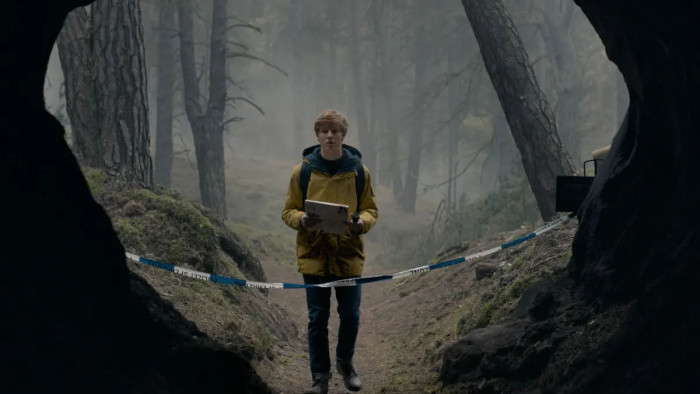 This German language sci-fi TV series ran for three seasons from 2017 to 2020. It follows a large case of characters in a village in Germany as they try to figure out the mystery surrounding a child’s disappearance. It’s about the way four estranged families are connected with time travel elements, secrets and mysteries spanning generations.

As you might expect, the story can get confusing at times and, as the title suggests, dark. However, the show has received a great deal of praise, not just for the brilliant twisting, turning sci-fi story, but for the moody visuals, fantastic acting and haunting score. We don’t want to spoil anything, but Dark also had a satisfying ending, which is more than we can say for some of the other otherwise brilliant shows in this list. 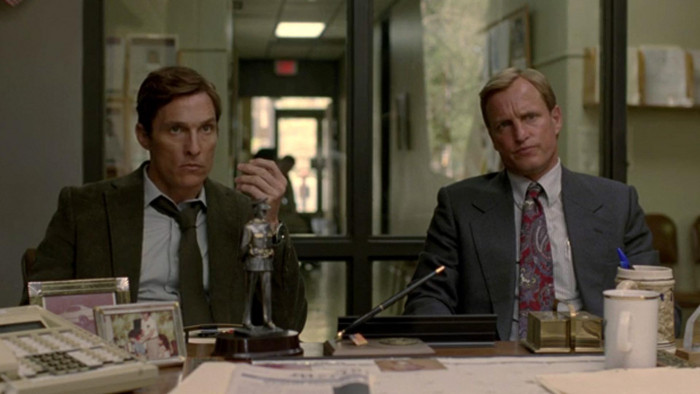 There are three seasons of True Detective in total, but each is a self-contained story with new cast members and different characters and settings.

The first season was the most popular and critically acclaimed. It starred Matthew McConaughey and Woody Harrelson as a pair of detectives pursuing a serial killer over 17 years, with strange occult links and lots of tense storytelling. McConaughey’s performance is fantastic, adding to the story's eerie atmosphere and philosophical undertones.

Reception to the final two seasons of True Detective has been more divided, but there is a fourth season on the way, this time starring Jodie Foster. 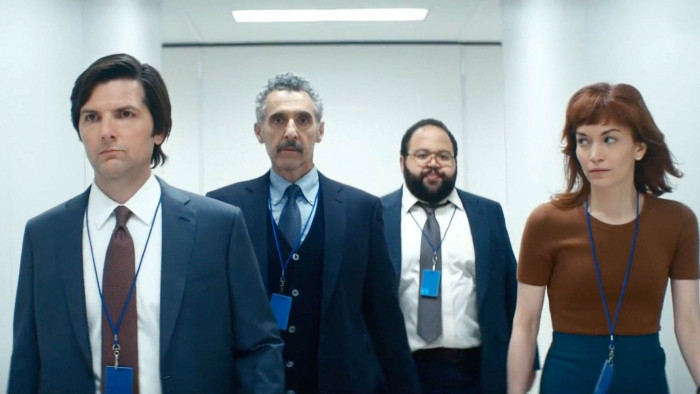 If you watch just one TV show from this list, make it Severance. This is one of the most innovative and gripping series ever. And boy, is there one hell of a monumental mystery building throughout the first season.

Severance was created by writer Dan Erickson and directed by Ben Stiller and Aoife McArdle. It stars a fantastic cast, including Adam Scott, John Turturro, Christopher Walken, and Patricia Arquette. It’s about a man called Mark (played by Adam Scott) who’s an employee at a big tech company called Lumon Industries. He agrees to a “severance” procedure, in which his work and non-work memories are “severed”. That’s compelling enough to watch in and of itself, but there are mysteries about the true nature of Lumon Industries and the lives of some key characters that will make you want to binge-watch the whole season from start to finish as urgently as possible. Severance has been very well received, so it’s no surprise it’s already been renewed for a second season. 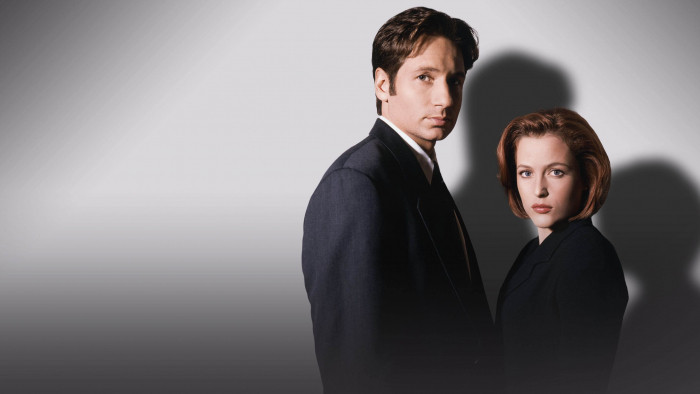 For anyone who somehow missed The X-Files the first time around, the TV series is about FBI agents Fox Mulder (David Duchovny) and Dana Scully (Gillian Anderson). They investigate unsolved cases with paranormal or unexplained elements, known as The X Files. There’s a lot of great interplay (and not to mention sexual tension) between Mulder and Scully. Mulder believes in conspiracy theories, whereas Scully is a doctor and sceptic.

There are new “monster of the week” style mysteries every episode, and a few major ones threaded throughout the fabric of the whole show. Although it was made in the 90s, it still stands up incredibly well today. What’s more, there are nine initial seasons, two shorter seasons and two feature films to watch, so if you’re into binge-watching series, you’ve got a lot to keep you occupied. 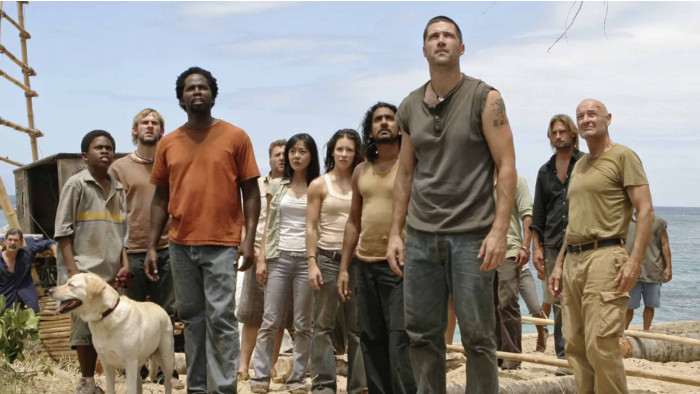 Considered one of the greatest TV shows ever made and one of the best mystery TV shows of all time, Lost is about the survivors of a plane crash who landed on an island, but this is no regular island it’s one shrouded in mystery. There are smoke monsters, polar bears, secret experiments and time travel, and that’s just the beginning.

There are 121 episodes of Lost in total, and it was originally aired between 2004 and 2010, but you can now stream them all on Disney Plus. Fair warning, don’t expect answers to every single one of these mysteries. But you will get profound and heartbreaking flashbacks and flash-forwards about the cast of characters, fascinating supernatural twists and turns, and cerebral stories that you’ll be thinking about for weeks and months after. 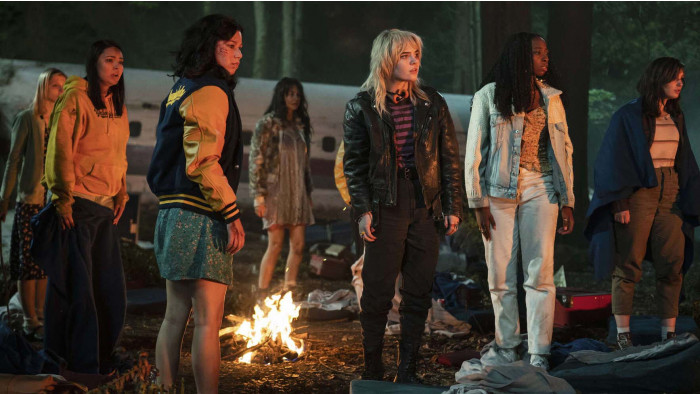 Stream on Paramount Plus

If you like your TV shows mysterious, dramatic, dark and laced with some potential occult elements, then you’ll love Yellowjackets. It’s another story about a plane crash, but this time focuses on a female high school soccer team who find themselves deep in the wilderness somewhere in Canada. Some die in the crash, but others must try and survive for nineteen months before they’re rescued. The series seamlessly shifts between the story of the crash, which takes place in 1996, and the present day, showing the lives of some of the survivors in 2021.

The casting here is astounding, with fantastic performances from actors portraying the young and older versions of the characters, including Juliette Lewis and Christina Ricci. Yellowjackets has received critical acclaim, and the storytelling adds to the mystery, revealing details about what happened in the wilderness throughout, answering some big questions in the first season, and leaving plenty still left to answer. That’s why the series has been renewed for a second and third season, a testament to its massive appeal at a time when so many shows are being cancelled. 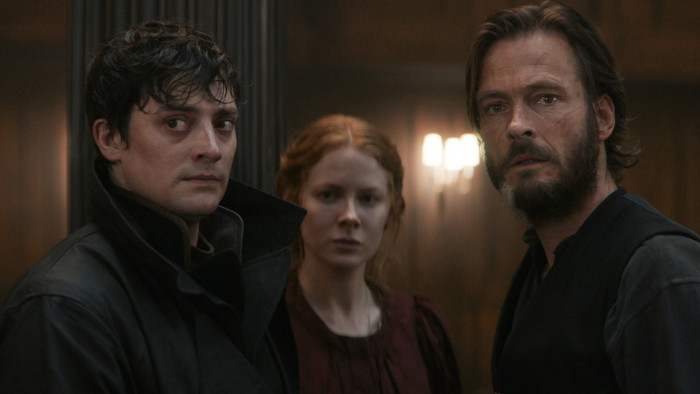 1899 is another German TV series, but the dialogue is multilingual. It comes from the creators of Dark but hasn’t received the same praise and acclaim. In fact, quite a few reviews have criticised the show for being slow-paced, and it’s not official whether we’ll be getting a second season either.

That said, there’s a compelling mystery here, with elements of horror and even sci-fi laced throughout the story. As the title suggests, this show is set in 1899. It’s about a group of European emigrants who journey from the UK to New York on a large steamship. However, a series of mysterious and bizarre events change the ship’s course, and a mystery unfolds for the bewildered passengers onboard. 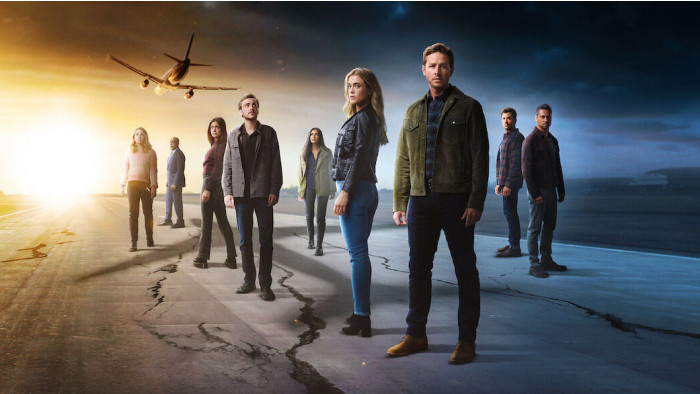 Manifest is a supernatural drama series that first landed on NBC in 2018. It’s yet another plane-related TV show, proving there’s nothing more mysterious than what survivors of a plane incident get up to next. But in this case, the plane’s passengers don’t crash land. Instead, they experience mild turbulence and find out when they land that five and a half years have passed while they were in the air. During that time, the crew and passengers have all been presumed dead, so the story is about them rejoining society. As well as contending with the fact that the world has changed, they also experience strange visions and voices.

Interestingly, Manifest was cancelled after its third season. But it became hugely popular after being added to Netflix, so the streaming service renewed it for a fourth and final season with 20 episodes that fans hope will tie up some loose ends and mysteries. 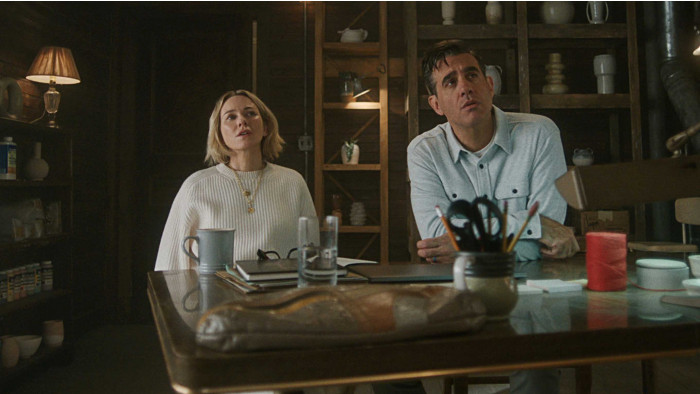 The Watcher is one of the newest TV series on our list and caused a big stir on social media towards the end of 2022, with many viewers desperate to find out what happens next.

Ian Brennan and Ryan Murphy created the show for Netflix. And if Murphy’s name sounds familiar, that’s because he’s the brains behind American Horror Story, but he also created Nip/Tuck and Glee. What we’re saying is he knows his TV shows.

The Watcher is loosely based on a true story from 2018 about a married couple who move into their dream home in New Jersey but are harassed by letters signed by a stalker who calls themselves “The Watcher.” The show was initially only meant to be one season long but has since been renewed by the streaming service. 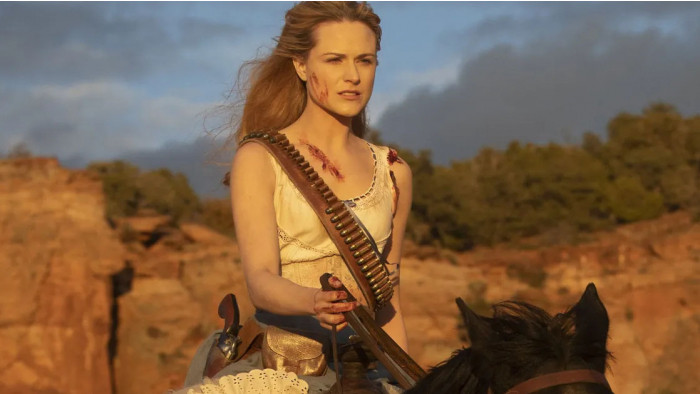 Based on the 1973 film of the same name written and directed by Michael Crichton (of Jurassic Park fame), Westworld is part dystopian sci-fi and part western TV show. It was created by Jonathan Nolan (who wrote Memento, The Prestige and Interstellar) and Lisa Joy.

The story is about a place called Westworld, a highly-advanced Wild West-themed amusement park filled with “hosts” that are incredibly life-like androids. Westworld is designed for very rich (and often morally corrupt) guests who visit to do whatever they want in the park without retaliation from the law or even the hosts, as all of them are prevented from harming humans in their programming.

The setting changes as the story progresses over Westworld’s four seasons, but arguably the first season is the best. There are many mysteries, excellent writing and fantastic acting from Anthony Hopkins, Thandiwe Newton and Evan Rachel Wood, among others.

Unfortunately, this one has now been canceled and will be leaving HBO/NOW soon, so be quick!