WandaVision: 5 things to know about the new Marvel TV show

WandaVision on Disney Plus is unlike anything you've seen before. 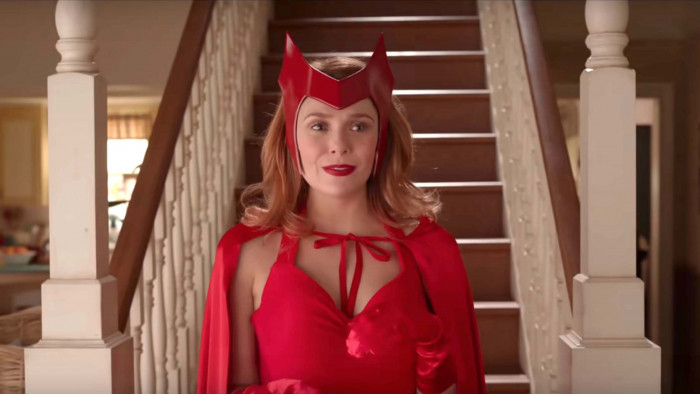 WandaVision is here. The new Marvel TV show debuts 15 January on Disney Plus and it is set to be the trippiest Marvel entry yet.

Yep, even stranger than Legion which is still one of the best TV shows to come from anywhere in recent years.

The show, which has had a slight delay given it was mean to be released in 2020, is part of a new slate of Marvel TV shows coming to Disney Plus. It's the first of a long line which includes Loki and The Falcon And The Winter Soldier - shows that riff off of the best Marvel movies and expand on the MCU in the process.

Before you sit down to watch WandaVision, which stars both Paul Bettany (who has already called the show bloody bonkers) and Elizabeth Olsen as Vision and Scarlet Witch respectively, here's our quick-stop guide about the show - 5 things you need to know...

1. WandaVision riffs off of sitcoms of yore

The WandaVision mini series flip-flops through the decades and as it does, it changes sitcom format to suit. The first episode was filmed in front of a live audience and is an homage to the sitcoms of the 50s. According to an interview in Variety, the makers even got in contact with Dick Van Dyke to ask about his show in the 50s.

From here it flits through the decades, with episodes taking on the feel of a '70s, '80s and '90s sitcoms.

2. WandaVision has ads... but nothing is what it seems

With a Loki-like eye for the mischievous, the makers of WandaVision have added in nefarious ads into the shows which are packed with Easter eggs and add a menacing tone to proceedings, backing up the fact that nothing is as it seems.

"If this is the very first Marvel MCU thing you’re watching, it’s just a strange version of a ’50s commercial or a ’60s commercial that you’ll have to keep watching the series to understand. If you have been watching the movies, you might be able to start connecting what those things mean to the past," says Kevin Feige about the adverts.

3. There is a huge Captain Marvel link in WandaVision

Monica Rambeau is a character in WandaVision (and a big part of the Marvel comics) and if the last time we saw her in the MCU was as a child in Captain Marvel. Now played by Teyonah Parris, she's all grown up and a key to what WandaVision is about. Rambeau will be a firm fixture in other MCU properties, having been confirmed for Captain Marvel 2 where she will star alongside Ms Marvel.

4. There are some big battles in WandaVision

While the main trope of WandaVision is that both Wanda and Vision are living in some sort of strange, idyllic sitcom type reality, around episode 7 things are going to get very interesting. According to Paul Bettany, there are some big ol' fight scenes to come.

"I think that when you get full awareness of what the hell is going on in this place is probably somewhere in the region of [episodes] seven and eight and then you need some big battles and you're gonna get 'em," says Bettany.

5. But at WandaVision's heart is a love story

"This [is a] romance over nine episodes but also an adventure story, a mystery, a thriller, and a comedy. It's going to all these different places," says Director Matt Shakman about the WandaVision.

"We're trying to tell a story that is about these two amazing characters. These characters that have made an indelible impression despite having relatively little screen time over the last four or five films."

The first two episodes of WandaVision are available to stream on Disney Plus Friday 15 January.

This is what the critics are saying about WandaVision...

I’ve watched THREE episodes of #WandaVision and have thoroughly enjoyed it. Truly unlike anything Marvel Studios has done — it’s light, funny & fully committed to its retro sitcom inspirations, but it also carefully sprinkles in enough mystery & intrigue to keep you guessing pic.twitter.com/8dqegsg5By
— Erik Davis (@ErikDavis) January 9, 2021

Three episodes into #WandaVision and I. Am. Hooked. Not only is the series a loving recreation of classic television shows (everything beautiful), but the story is so compelling. Elizabeth Olsen & Paul Bettany are adorable and hilarious. My most anticipated didn't disappoint! pic.twitter.com/jZVE6zIlQB
— Kristen Lopez (@Journeys_Film) January 9, 2021

#WandaVision is (at least in the first 3 episodes I’ve seen) pretty great. A terrific blend of big strangeness and aching heart. Elizabeth Olsen and Paul Bettany have never been better as these characters and I cannot wait to see where it goes from here. pic.twitter.com/R3QoNjHS0n
— Alex Biese (@ABieseAPP) January 9, 2021

I got to see the first three episodes of #WandaVision and it was everything I hoped it would be: funny, clever, creepy, and above all, sort of tragic.

The reality is: WandaVision is taking the Marvel Cinematic Universe places it has never gone before, and there's no going back. pic.twitter.com/BzNujPcUtP
— Hector Navarro (@Hectorisfunny) January 9, 2021

The first three episodes of #WandaVision are truly unlike anything I've seen as part of the MCU. Clever, detail-orientated and comforting in the most nostalgic of ways. Calling it delightfully strange doesn't quite do the show justice. Intrigued by what's to come. pic.twitter.com/mov1IUwPYe
— Danielle de Wolfe (@DanniDewolfe) January 10, 2021