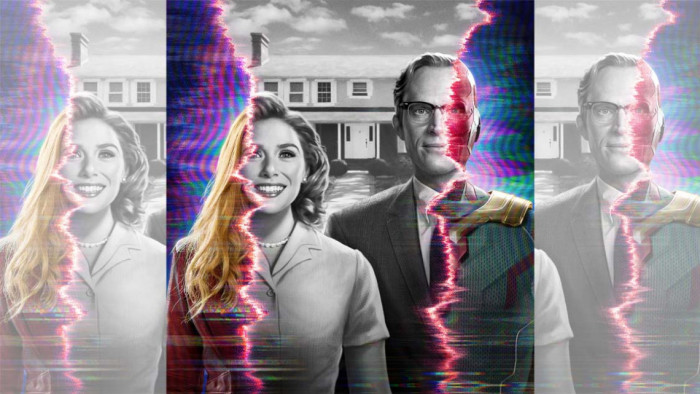 WandaVision is one of the most anticipated Marvel TV shows to come from Disney Plus and the recent release of the new WandaVision trailer showcases what a strange, brilliant show this is looking like being.

We haven't heard too much about WandaVision, only tidbits. Way back in January, star Paul Bettany called the show f***ing bonkers, while it was confirmed in June that it would still be released in 2020.

The official trailer shows that this show will be an absolute blast. Starting off in 4:3, black and white, we see the doting couple having a dinner party then things get increasingly stranger with Kathryn Hahn appearing dressed as an actual witch, both Vision and The Scarlett Witch in new and very old costumes, and a look at some shady government goings-on with actress Teyonah Parris waking up on some grass.

Like many a tease, not much is explained in the WandaVision trailer but it does widen the palette of the show. But those looking for an actual plot will be left wanting.

In total, WandaVision is set to have six episodes. It's not known whether the show will be a one-off. But we do know that is what Disney is looking to do with its Obi-Wan Kenobi series and Falcon And The Winter Soldier has been billed as a six-hour movie. Unfortunately, it's now know when we will see this one as it's shooting is being delayed because of Covid-19 restrictions.

The official Disney Plus press release is as follows: “WandaVision is a blend of classic television and the Marvel Cinematic Universe in which Wanda Maximoff (Elizabeth Olsen) and Vision (Paul Bettany)—two super-powered beings living idealised suburban lives—begin to suspect that everything is not as it seems. The new series is directed by Matt Shakman; Jac Schaeffer is head writer."

Other Disney Plus Marvel shows that are on the horizon include She-Hulk, which has cast Tatiana Maslany as the titular character.