There's something wrong with C3PO 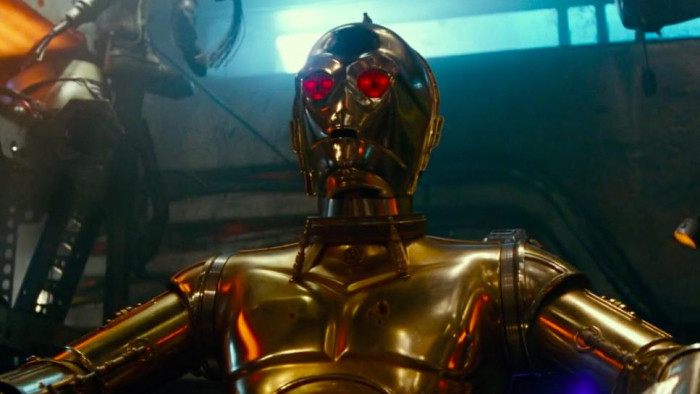 All good things must come to an end - and if this D23 teaser is anything to believe then the ending of the Star Wars Skywalker saga is going to be stunning.

Although this Star Wars Episode IX: The Rise of Skywalker trailer was shown at D23 (Disney's big expo) recently, it wasn't released for everybody online - until now.

It is worth the wait. Not only do we get a brilliant catch up on all things that have happened in the eight movies so far, there's some fantastic shots of the new movie - including General Leia, a dark dual-lightsaber wielding Rey and some foreshadowing from the Emperor himself.

But the biggest question of them all is: what has happened to C3PO's eyes - they're red like he's been up all night with Cheech and Chong.

He looks a little like the Terminator so we're wondering if he's been tempted by the Dark Side, just like his creator.